Director of Friday Night Lights and Parenthood, Jason Katims’ new series, As We See It, features Harrison (Albert Rutecki), Jack (Rick Glassman), and Violet (Sue Ann Pien), who are three roommates on the Autism spectrum living together in an apartment.

Harrison is the most introverted of the bunch, especially having trouble leaving the apartment because of loud noises, random encounters, and, most importantly: dogs. A good portion of the show is spent tracking him as he works to forge past his fear of walking down the street.

Jack is a computer genius who works at a publishing house, though he has trouble keeping his job because he doesn’t hold back in sharing that he’s smarter than everyone else in the room. Jack speaks his mind, not always taking other people’s feelings into account. He’s also probably the wittiest of the bunch, with some great one-liners that don’t even seem like they were meant to be funny.

Violet works at Arby’sâ€”first as a cashier, though she’s quickly demoted to “sandwich technician” after she makes an inappropriate comment to a customer. Similar to Jack, Violet has less of a filter when it comes to speaking her mind, though she is also anxious to be more grown-up, so she’s determined to find the perfect boyfriend. 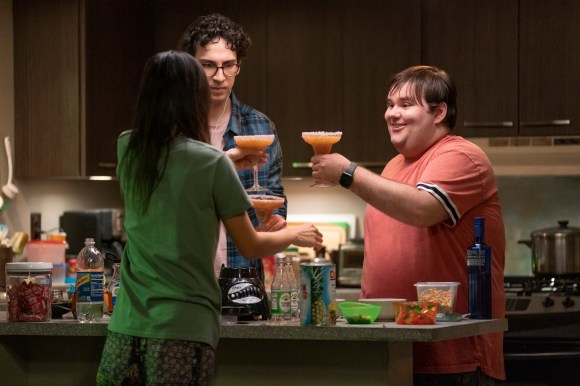 Harrison, Jack, and Violet also share Mandy (Sosie Bacon), their aide, who works with them throughout each day and holds morning meetings to discuss their goals for the week. Extremely skilled at what she does, Mandy can push them towards their goals without pushing too much; through these close bonds, she’s able to see how they view the world and how the outside world views them. Being able to see both sides allows the audience to see that, on top of how much the world needs to walk around with a bit more compassion for people.

Though Harrison, Jack, and Violet have a few overlapping qualities, the most apparent of them all is their shared feeling of just wanting to fit in with everyone else. The word that gets thrown around the most in this show is that infamous one: “normal.”

Each character is told at various points that their differences are the best things about them, but most of the time, all they want is the opposite. In an effort to appear “normal” to someone he likes, Jack finally asks Mandy, “Is it obvious to everyone that I’m not normal?” He has felt different his whole life, and it seems clear that he’s sick of being told that it’s better not to be normal. When Mandy responds to Jack and says, “For what it’s worth, I think you are such a beautiful person that you shouldn’t have to hide who you are,” Jack is clearly stuck in an internal struggle and simply says, “That makes me want to throw up.” 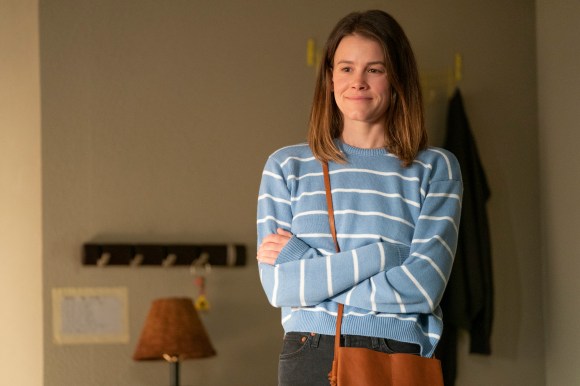 As a whole, As We See It gently blends drama and comedy to show a realistic perspective of what it’s like to navigate the world while being on the Autism spectrum. It focuses on remembering to celebrate the little wins, as each one is a vital part of the process of growing. Progress takes time, and over the course of the show, we’re able to see how much the characters have already moved forward with their goals.

At the beginning of the first episode, Jack expresses his intense desire to buy a Roomba. When he finally buys one and starts it up, the Roomba moves all across the floor, making its way through the living room until it finally hits a piece of furniture. Without hesitation, the Roomba immediately flips itself around and heads in another direction. I’d like to think that the Roomba was given that spotlight to say a little something about the characters in As We See It.

Each character is trucking along with their own goals until they hit a little something in their paths. Though it might jar them for a second, they don’t let it bog themselves downâ€”they keep on moving.

As We See ItÂ premieres on Prime Video on January 21, with eight episodes in total.

The Most Anticipated TV Shows of January 2022
AppleTV+â€™s â€˜The Afterpartyâ€™ Is a Genre Mixing Take On a Murder-Mystery
The Best TV Shows of 2021, According to ONE37pmâ€™s Editors