The MLB Playoffs are a little over 1 month away and as the remaining games of the season shape the final contenders list, we are going to look at 10 players to keep an eye on leading up to the postseason. Because the final playoff picture is still uncertain, this list is based on team projections from FiveThirtyEight and the player price index feature offered Cardladder.

Keep in mind, this is not a comprehensive list and thereâ€™s no ranking logic here. Itâ€™s simply a list of 10 quality players on teams that have a  significant chance at making the playoffs. 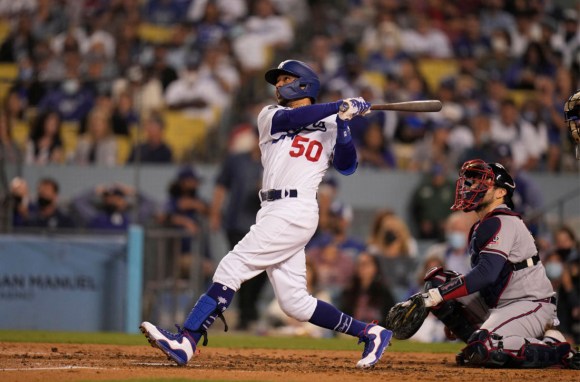 Betts has struggled with some injuries this season, but that may hint at a buying opportunity if he can stay healthy: 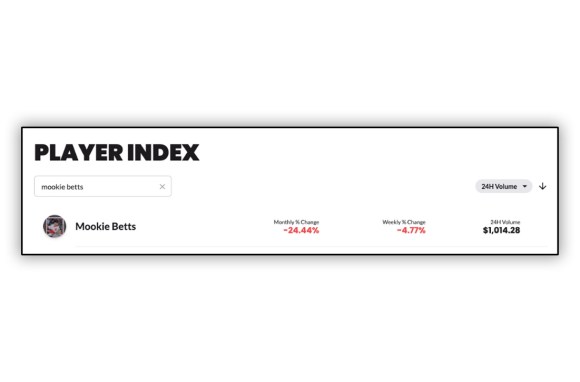 His overall card market is down 24% this month and 4% in the past week.

While it may be counterintuitive, buying while prices are going down could be a way to get a deal in anticipation of a healthy finish to the rest of the regular season and a World Series run: 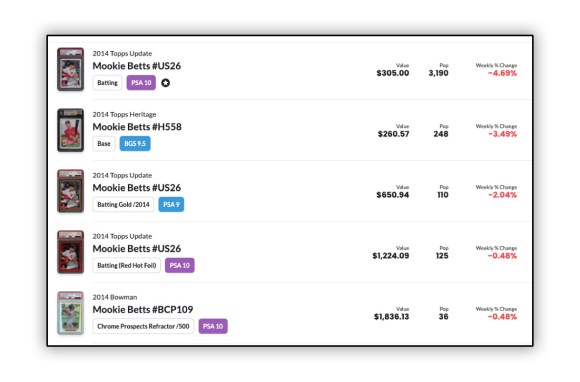 Itâ€™s important to look at population data when evaluating Bettsâ€™ cards, as well as identifying his key rookie cards, but for a star player on a World Series caliber team, heâ€™s worth looking into. 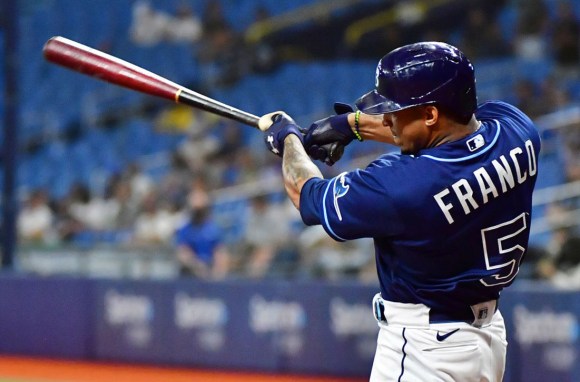 Francoâ€™s cards have been trending up lately, but only by small percentages: 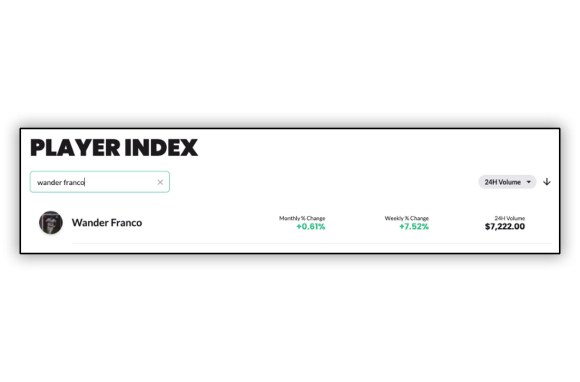 Some of his cards have decreased in value, while others have remained stagnant. If he continues to perform and the Rays do have a World Series run, he is a player to look out for. 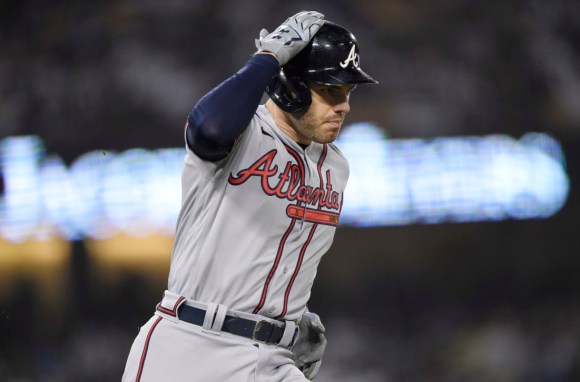 Freeman was ranked 4th on MLBâ€™s top 100 2021 players list and the Atlanta Braves have a 79% chance of making the playoffs with a 6% chance of winning the World Series.

Freemanâ€™s cards have been on an upswing, but if the Braves do make the playoffs, it could be a catalyst for the growth of his cards: 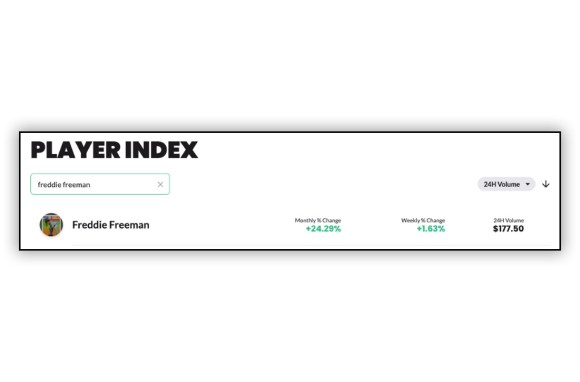 Because the MLB playoff picture is still being determined, this could be a riskier bet as the Braves lead the Phillies by just 2.5 games and thereâ€™s still a 21% chance they donâ€™t make the postseason. 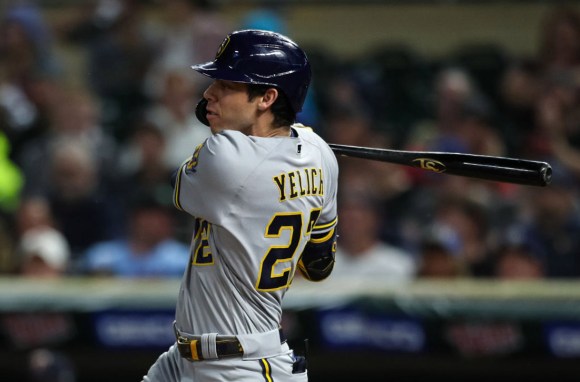 Yelich landed in the 9th stop on the top 100 MLB players and the Brewers have a 10% chance at winning the World Series. Yelich has been struggling this season, but is starting to perform as of late.

His card prices are down 7.73% this month as well: 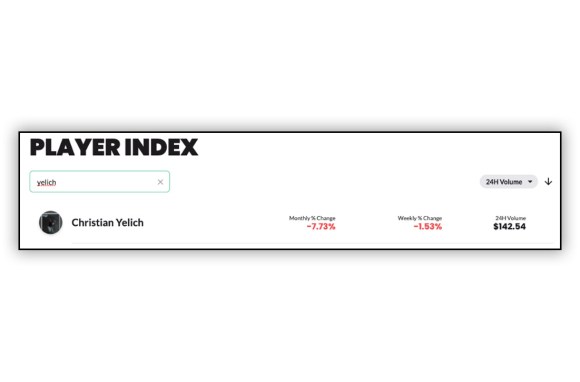 In a lot of ways, struggling this season may have created a buying opportunity if you believe he will play well in the postseason. A few cards have dropped in price nearly 10%: 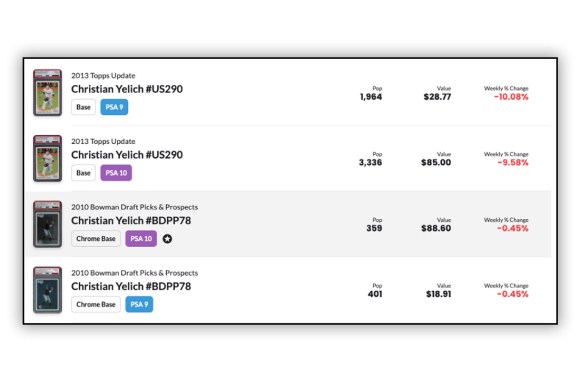 The Milwaukee Brewers are just 1 of 8 teams on FiveThirtyEightâ€™s projections that have more than a 2% chance of winning the World Series.

Keep in mind that a 6% chance of winning the title is anything but a sure thing. 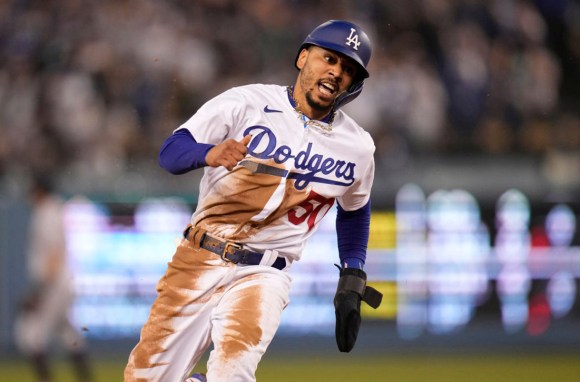 Seager was ranked 24th on the top 100 MLB players list and despite being injured earlier in the season, heâ€™s back in the line-up on the team favored to win the World Series.

Thereâ€™s limited data on his card sales, but theyâ€™ve been trending downward the past month. 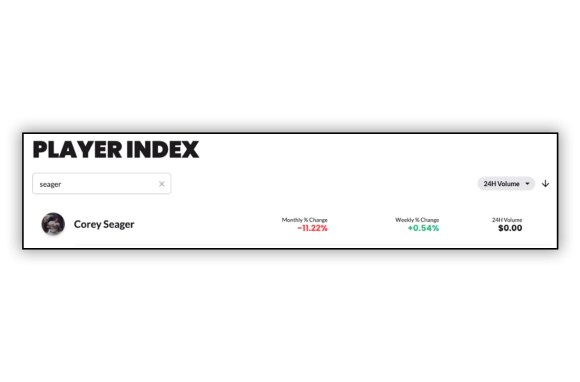 Injury may have kept Seager out of the spotlight, but heâ€™s a player to keep an eye on if the Dodgers make a run at the World Series. 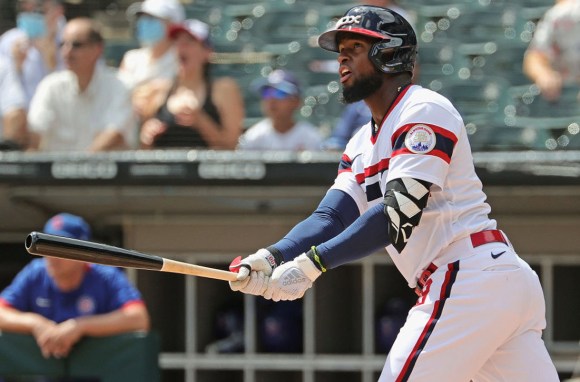 According to FiveThirtyEight, the White Sox have a 6% chance of winning the World Series. Despite ranking 94th on the top 100 MLB players list, Robertâ€™s cards have increased in price lately: 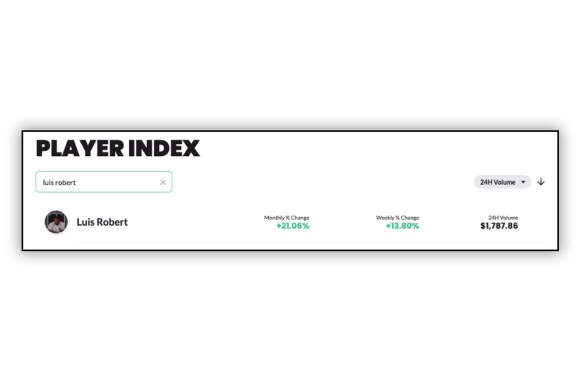 The rise in his card prices could be due to his performance, but there are cards that have been trending down in value slightly: 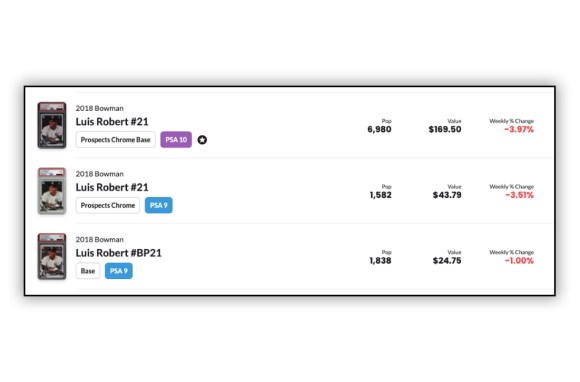 Robert has led the White Sox in important stat categories and could have a significant impact during a playoff run. 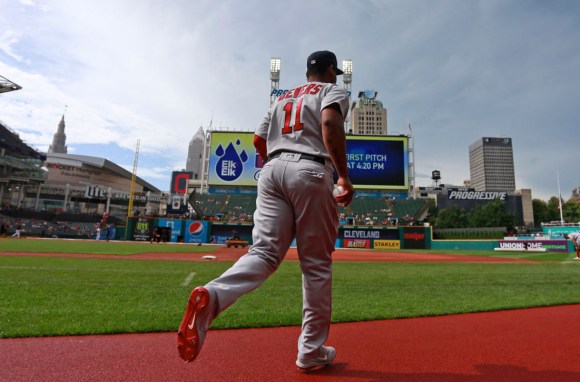 Devers landed in the 65th spot on the MLB top 100 players list and has hit 32 home runs so far this season. The Boston Red Sox have a 57% chance of making the playoffs and a 2% chance of winning the World Series.

Keep in mind that the 24 hour volume of tracked sales is low for his cards, but they are down 19% this past month: 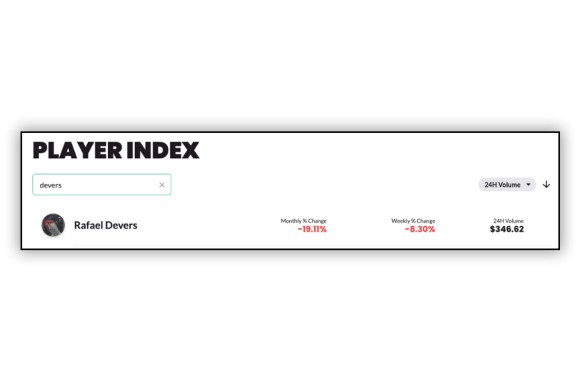 The postseason could bring some surprises and this is a dark horse pick for those looking at players who may have dipped significantly given the playoff race chances.

The Red Sox are far from a playoff lock, but this is a fun player to look at on a team that could sneak its way into the postseason. 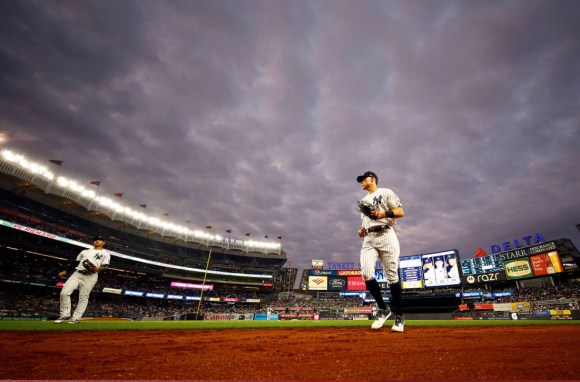 Torres ranked 64th on the MLB Top 100 Players list and is on a team with a 93% chance to make the playoffs and a 7% chance at winning the World Series. Heâ€™s been injured as of late but is nearing a return to action. He should be back in time for the postseason.

Certain cards of his have seen increases this week, likely with the news of his imminent return from injury: 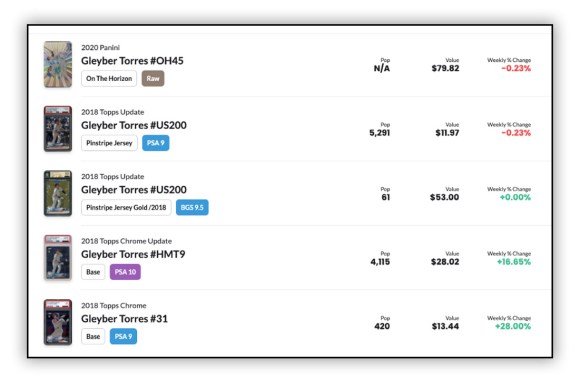 His game does have its weaknesses, so keep that in mind as you are browsing, but heâ€™s a good player with potential on a team set to make a playoff run. 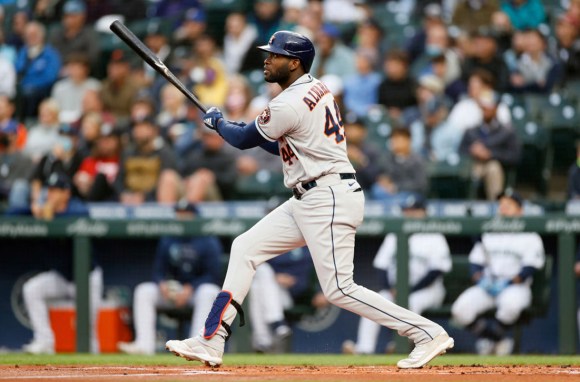 Some over his cards have seen a value appreciation over the past week: 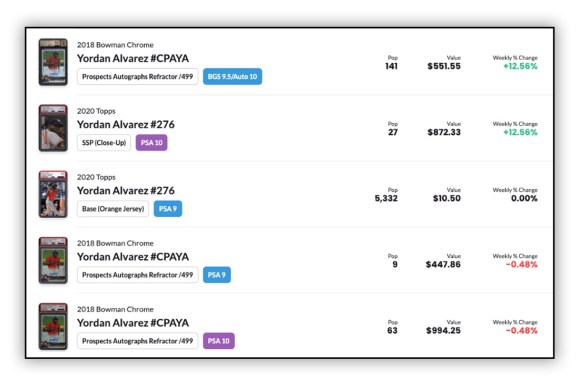 His power hitting performance this season could bode well for his card prices in the playoff spotlight. 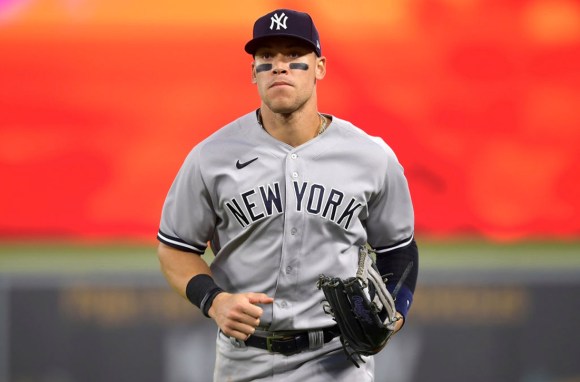 According to FiveThirtyEight, the New York Yankees have a 93% chance of making the playoffs and a 7% chance of winning the World Series. Judge has hit 29 home runs this season with a .277 batting average. 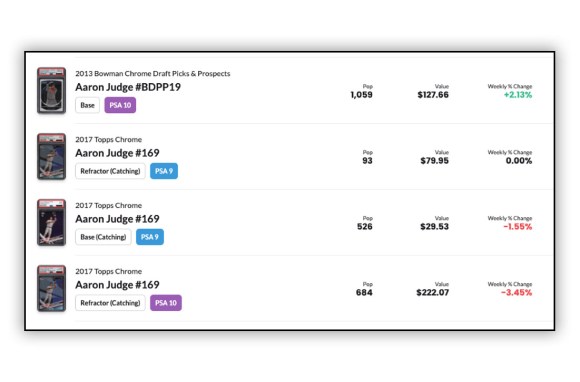 The Yankees just wrapped up a 13 game winning streak and have strong momentum leading up to the playoffs.