The night was kicked off with former Indianapolis Colts punter and current sports analyst/podcast legend Pat McAfee, as the hosts cycled in guest after guest at a dizzying pace.

Hobby insiders Jesse Craig of PWCC Marketplace, Chris Kwan from CoreTCG and Rick Probstein of Probstein123 also stopped by to give some fascinating insight and takes on the current state of the market.

Here are some more highlights: 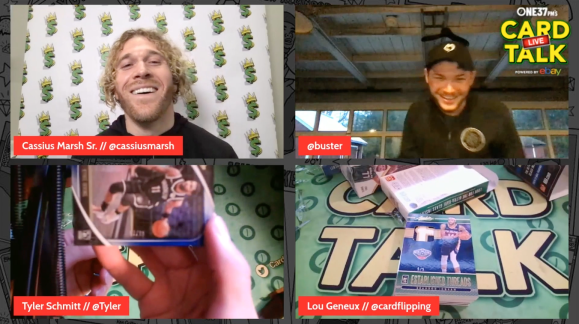 Later in the evening, two of the hosts, Lou Geneux and Tyler Schmitt, ran two separate “pack wars,” a contest in which the hosts partner with a guest and each open a pack of cards. The one with the lowest serial numbered card inside of it wins both packs. 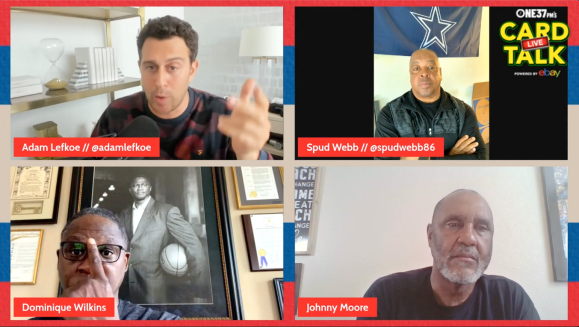 One of the highlights of the evening was when NBA on TNT host Adam Lefkoe took over the hosting duties and brought on a pair of NBA legends; former Atlanta Hawks guards Spud Webb and Dominique Wilkins, as well as former San Antonio Spurs guard Johnny Moore on for a discussion about the iconic 1986 Fleer trading card set.

This set is where you can find the rookie cards of NBA icons, Michael Jordan, Charles Barkley, Patrick Ewing, Clyde Drexler, Hakeem Olajuwon, Chris Mullin, Karl Malone, and of course, Spud Webb and Dominique Wilkins. Johnny Moore’s rookie card is not in this set, but his card is one of the most collectible because of how rare PSA 10 examples of his cards are due to being typically mis-cut because of its spot at the end of the uncut sheets.

One of the most fun and memorable moments of the entire night was when Wilkins and Webb reminisced about their iconic 1986 Slam Dunk Contest battle, with Wilkins saying that despite he and Webb being teammates, he had never seen Webb dunk like that before that night. 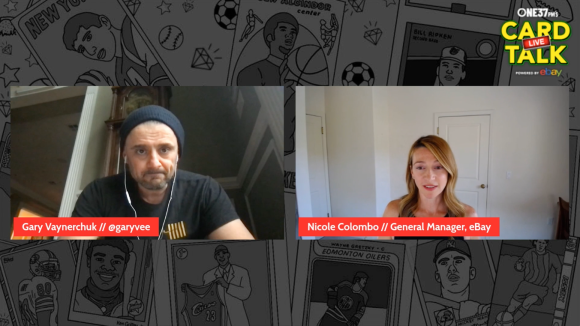 About halfway through the event, Gary Vaynerchuk took over the hosting duties and introduced Nicole Colombo, the General Manager of eBay, to discuss her takes on the market and give some insight into what they have planned going forward.

While Colombo had quite a few exciting things to say, including upcoming changes to the eBay return policies for trading cards, the most exciting moment of the interview was her announcement of a new feature that will cut down the listing times for trading cards in half.

Beginning in late April, sellers will be able to scan their cards using eBay’s mobile app. At first, it will only support Magic the Gathering cards but will expand to other TCG cards such as Pokemon and Yu-Gi-Oh about a month later. There is no date yet for when it will support sports cards, but Colombo said that she expects it to be sometime later this year. 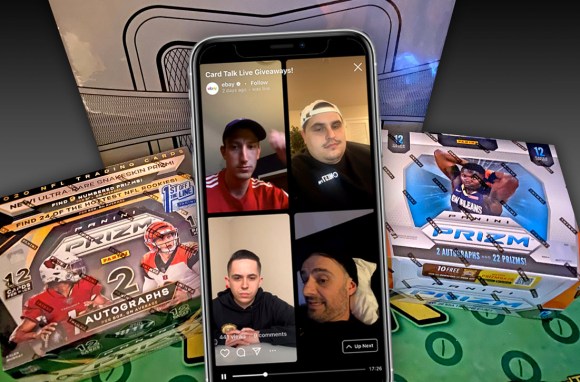 After the marathon 4+ hour event, the party headed over to Instagram Live, where host Tyler Schmitt did an @eBay takeover on their account and was joined by fellow hosts Lou Geneux on the @cardtalkpod handle and Ryan Johnson on his @cardcollector2.

Viewers headed over to ask questions, talk some more sports cards, and try to win the following giveaways, courtesy of eBay:

and the grand prize…

The night was capped off by the after-after-party on the social media app, Clubhouse, which was hosted again by Tyler, Lou, Ryan, and Gary Vaynerchuk, and attended by over 1600 people that were firing away even more trading card related questions.

It was a fantastic night for the hobby, which has exploded in the past year and has been seeing no signs of declining anytime soon.

The 10 Entertainment, Pop Culture And Movie Card Sets To Keep An Eye On
Tennis Cards Are Hot: The 14 Highest Recent Sales
The 14 Most Expensive Yugioh Cards of All Time