Chanel West Coast continues to blaze her own path. A television personality, singer, rapper, and songwriter with a distinct sound that separates her from the rest, Chanel is known for blending together rap, hip-hop, R&B, and pop. While the dynamic entertainer has served as a co-host for MTV’s Ridiculousness, recording and dropping music continues to remain her number one passion.

Her debut album, America’s Sweetheart, is the latest to show off her work and features collaborations with Too $hort, Dreezy, Anaya Lovenote, Salma Slims, and Porcelain Black as well as production credits from K.E. On The Track, Rich Skillz, and ISM, among many others.

Showcasing her versatility, America’s Sweetheart is only the beginning of what else is to come from the multi-talented artist, who also has plenty of entrepreneurial ventures including her street/athleisure wear merchandise line, LOL Cartel which sports custom-dyed designs and bold color combinations inspired by the young, vibrant West Coast lifestyle, and recently previewed her collection Glossy Pops.

Chanel also recently debuted her first NFT release as a part of Timbaland’s Producer Mix NFT Series this past week, which breaks down NFT audio chunks as collectibles on Ethereum that can later be mixed together via an upcoming web app.

We spoke to Chanel about her newest ventures and more in an interview that you can check out below. 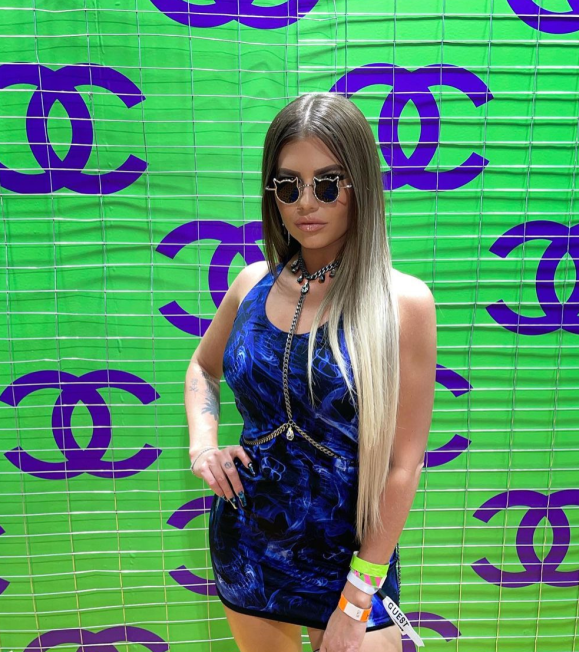 ONE37pm: Congratulations on your first NFT release! What was the process of putting everything together like?

Chanel: It was amazing! Unfortunately, I wasn’t there because I had to film Ridiculousness, but I was seeing all the pictures, videos, and stories. We worked with Timbaland on the project, and it was dope!

ONE37pm:  NFTs are considered by many in the music industry as being the most progressive invention since music videos. How important is it for artists to take the time to learn about the NFT space?

Chanel: I think it’s really important because as an artist you always have to be learning new things. A lot of us are old school and just about the music, but we now have all of the amazing stuff in addition to music like art, fashion, and tech that go hand-in-hand. You have to stay on top of all those things when it comes to the music industry.

ONE37pm: What was the process of putting your NFT together?

Chanel: Well as an artist it’s kind of similar to the process of putting together a music video. You tell them what kind of design you want in terms of your NFT and they execute all of your creative ideas and vision!

ONE37pm: Congrats on your new album America’s Sweetheart! I understand you have some more exciting music news as well?

Chanel: Yes! So I’m going to be dropping a new NFT at the top of 2022, and it’s going to be a new single with some surprise collaborations including Justin Love. I’m really excited about this because we’re going to have a music video to go along with the single on New Year’s Eve.

ONE37pm: Now you have other business endeavors going on as well right?

Chanel: I have my clothing line LOL Cartel which is a unisex line. We do have a couple of pieces geared more towards women, but for the most part, it’s unisex with a streetwear theme and it’s affordable because I know what it’s like to not have a lot of money. The line is trendy, upscale, and doing great.

My lipgloss line Glossy Pops has been postponed for now, but we did a soft launch at the Cosmoprof North America beauty exhibition in Las Vegas. I’ve got so many different things going right now!