In fast-moving markets like collectibles, it can often feel like your attention is pulled in six different directions all at once. Collectors are constantly jumping from one thing to the next, from trend to trend. Having said that, this week there is one man (well sort of, really he is many) that has captivated the comic buying public and that is Kang aka Kang the Conqueror.

Jonathan Majors made his MCU debut this Wednesday showing up as an unnamed version of himself in the Loki Finale. Those who watched learned what comic fans know, which is that Kang comes in infinite forms across the multiverse with his dominant evil conquering variant Kang The Conqueror clearly on the way to the MCU. This has genuinely excited fans of several Marvel properties such as Fantastic Four (Reed Richards’ father becomes Kang), Scarlet Witch, Doctor Strange, West Coast Avengers, and Young Avengers.

Time will tell which direction Kang takes us, but one thing is for certain, his comics are red hot! Let’s look at some of the hottest Kang books as well as a few that are still out there to be had.

This is of course Kang’s first appearance. This book has been desirable with the speculation crowd for a number of years so it is no surprise to see it take off in value the way that it has. This book will cost you four figures in any grade and is rising in value as we speak. If this week’s activities are any indication,  I would get on the Kang train now. If you’re not looking to make that type of play, no worries, there are some more affordable options out there for you on the market. 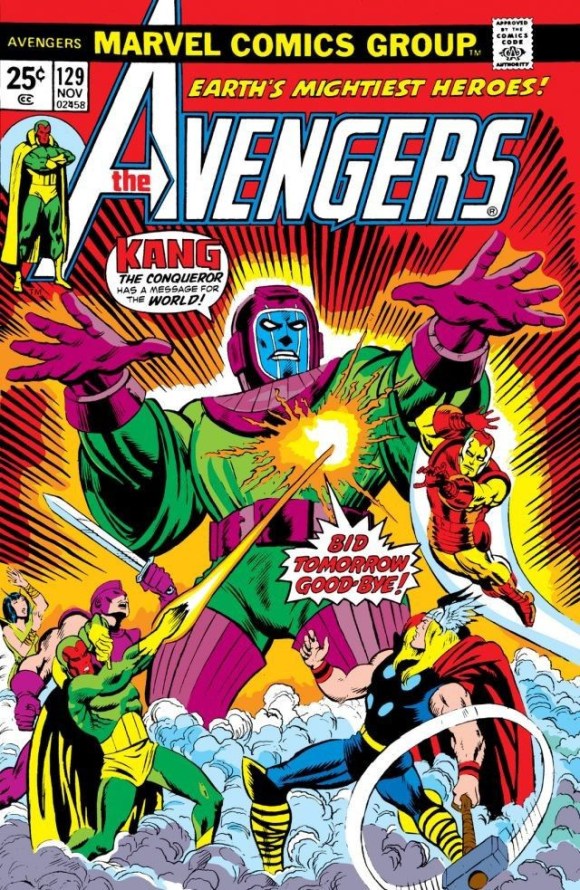 Just like when Thanos entered the MCU, I expect Kang’s cover art to be in high demand. Some of his other covers are spiking but this one, while up, seems to be under the radar a bit for a solid silver age major. I love this super dope cover and expect this one only to rise in the next twelve months as we know Jonathan Majors’ contract calls for five appearances with Loki only being the first. $50-60 gets you into a mid-grade raw copy. 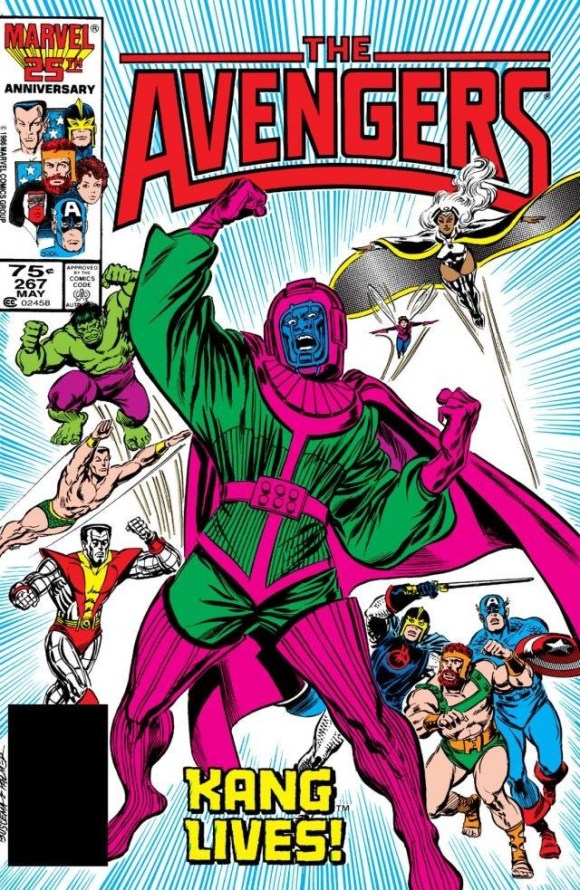 Long a dollar bin book (and still out there in those bins!) this book is seeing heat on the market for its awesome Kang cover with the villain front and center and Marvel heroes all around. This very well could be what we see in the future as it will likely take heroes from all points on the multiverse to come together to stop Kang. The Kang Lives moniker on the cover, I also think, plays into where we are on the MCU timeline and makes this book as desirable as it is. This one has seen a meteoric rise from the $1 bin all the way to $90 raw on the open market. Don’t sleep on #268 and #269 while you are at it. 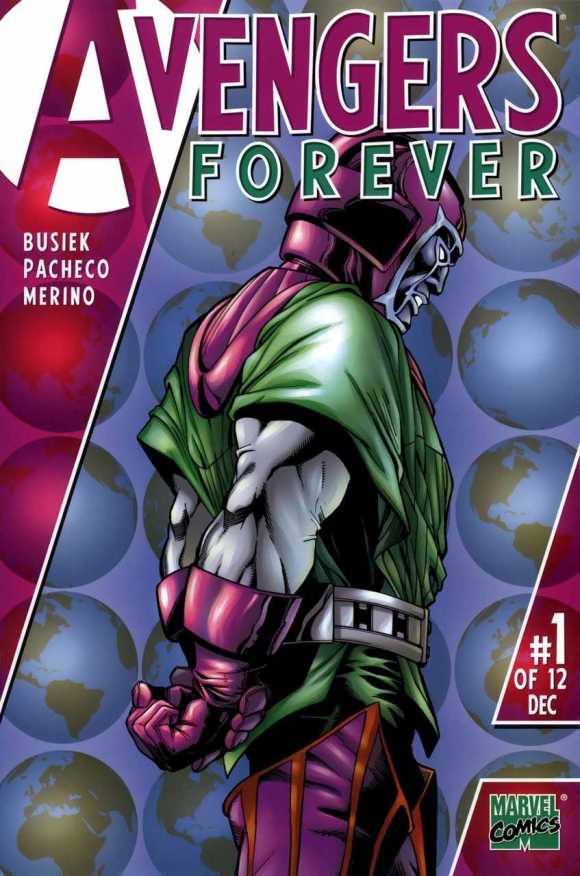 This time-traveling story is what many in the comic community expect Kang to take us toward. This 13 issue Avengers Forever story is low print in comparison to eras before and after it and isn’t an easy find on the open market. Copies are selling for $60 raw and while not a titled solo series, this was the first series that really had Kang front and center. I think this book and the series as a whole have tremendous room for growth. 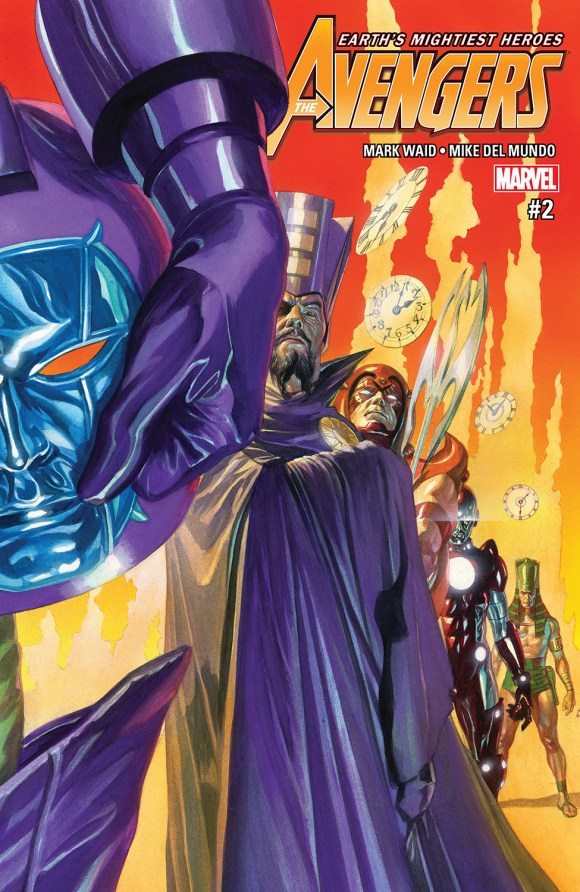 This is purely a cover art play and a good one to boot. This cover comes from master painter and cover artist, the living legend Alex Ross. The cover depicts some of the many faces of Kang and was an immediate hit as soon as the Loki Finale aired. This one was $4 and quickly rose to $30 raw. Being a modern title, I expect to see some 9.8 copies hitting the market any day now. 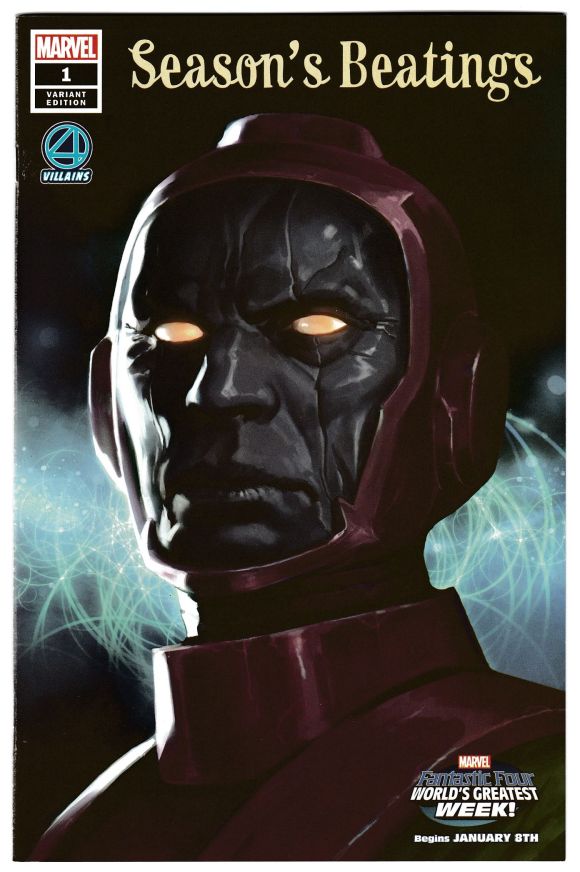 So few Kang variants actually exist on the market and this one is a no-brainer to be a hit. We have seen this pattern before, buyers grab 1st appearances and then iconic Key covers. After that, they move on to modern variants. This Djurdjevic variant depicts a photo realism style painted cover that is a perfect portrait of Kang. Couple that with the fact that this is a low printer title and a variant cover at that and this is one with great potential for the low buy-in of $20 at current market pricing.

Kang is here! The next phase of the Marvel Cinematic Universe is upon us. This is Thanos all over again. Do not miss out on the chance to get in early even with the current spiking prices. We are only at the top of the iceberg for the potential of this character. There is still so much meat on the bone below the surface. So when you are at the next convention or comic shop, look for those up-and-coming Kang keys and be on the lookout.

Before I go I wanted to take a second and invite all of you to join me on Sunday as I have the pleasure of being a guest on a panel on the state of comic collecting at this year’s summer Skybound Xpo. Join me and my fellow panelists as we talk about collecting today with Skybound SVP Big Clutch of Comics Vault Live. I hope to see you in the live comments!