The Pokemon brand has stepped in to the forefront of the trading card market during the covid pandemic. The meteoric rise in the value of the original base set cards has led to incredible amounts of discussion and coverage in the mainstream media. One thing that has not been talked about much in the Pokemon space is the live competitive tournaments, which have been postponed like everything else during this era of social distancing.

With the days of 1000+ players getting together to battle it out at local, regional, national and world championship competitions on hold, and “Play! Pokemon” adapting and shifting to online play, things have certainly changed for players like Frank Diaz (one of the top competitive Pokemon players in the world). We recently had a chance to sit down with him and get his take on the current state of the competitive Pokemon space. 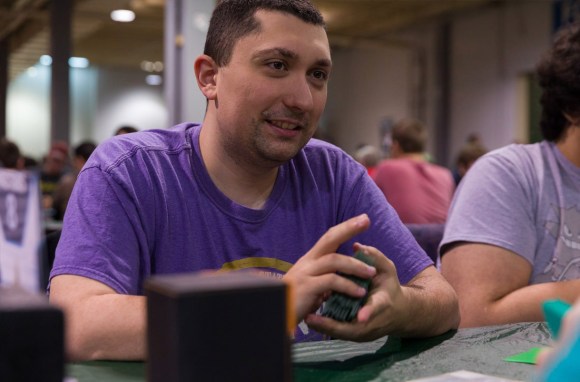 ONE37pm: How long have you been in the Pokemon space? What are some of the biggest competitions you have been involved in?

Diaz: I started playing when the game came out in the late ’90s. I was 9 years old in the suburbs of New York and was kind of the target market for what Pokemon was. I learned how to play out of the rule book but wasn’t playing in the biggest competitions yet. When it started, it was “wizards of the coast” who printed the cards and ran tournaments. Then a few years in, Nintendo took over. 2003-2004 is when I started playing competitively. In 2004, I got my parents to take me to DC for a tournament called the “East Coast Stadium Challenge” and I won a trip to Florida for the World Championship that year. We had never traveled like that before. When you are a 14-year-old kid winning a trip to Florida, you can’t say no to that! Then in Florida, I won $1000. That year got us hooked. I got top 16 at Worlds. My brother got the top 32. We have been playing ever since.

That was the first year Nintendo was running the organized play. They have small events earlier in the year that built up to the bigger events later on. The season ends with the World Championship in August every year.

Diaz: I’ve won a few regional tournaments. In 2010, I got 3rd place at the World Championship. That’s my biggest accomplishment in the game. I got one of the trophy cards, the #3 Trainer from 2010 and I still have it. I get messages once in a while with people looking to buy it. Especially now, with the market so hot, it has exploded in value, which is great. It’s interesting for me because I’m coming at it from, I played the game. All I was looking to do was win games of Pokemon. I just wanted to beat my friends at Pokemon. If you are playing, it kind of requires that you have a little bit of a collection. You need to have the cards to play in the events. As new sets would come out, we would need to build decks. My brother and I, as new sets would come out, we wouldn’t really sell the old ones. We would just stash them away and do a little bit of trading. We built up a collection, but we really didn’t get rid of a lot of it. A lot of competitive players do get rid of their cards. Either they sell it or their mom throws it away. We have been lucky enough that we have saved our cards. My brother has been trying to build retro decks. These cards have been becoming so expensive, that it’s harder and harder for the players to build the decks.

The easiest thing for Pokemon to do is give out products when you do well at a tournament. They can give you a box of cards. They can give you one of every card that’s legal if they want to, and they have in the past. A lot of what we would do is, it’s a weekly grind. If you go to a weekly tournament over several years, you end up with boxes and boxes of cards. It’s a nice problem to have no that I have to organize my collection and figure out what they are all worth. It’s a blessing with all of the attention and energy that has come to where I have been working in this space. It’s presented a great opportunity and I am so happy about it. 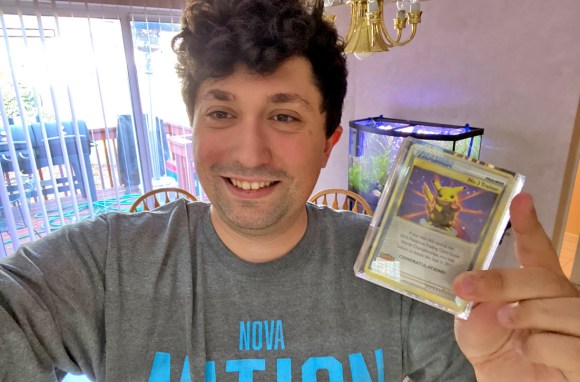 ONE37pm: What’s the most valuable card in your collection?

Diaz: The #3 trainer that I won at the 2010 World Championships. That’s the rarest individual item. You can make an argument for my “Championship Arena”. In the 2005 World Championships, they would slide them under the doors of the hotel rooms where we were staying. It wasn’t just the players, it was some of the staff. One per room. They were getting scratched up as they slid them under the doors. That thing has become a really hot commodity.

We also have a couple of Nintendo DSs. They gave away custom DSs at the 2008 and 2010 World Championships. Those are also highly sought after. A lot of players would sell things as they went throughout the years. My brother and I saved everything.

ONE37pm: How has covid affected the competitive Pokemon community. Are they back hosting events? Or is everything done on platforms like zoom nowadays?

The Pokemon company, and Play! Pokemon has done a great job in terms of transitioning to online events. We can’t have in-person events and that’s all they were doing previously. Now they are doing online events. First, they did a “Players Cup”, then they did a “Players Cup 2” where they made a ton of improvements. The Pokemon online client updated to include tournament keys. That’s something the Players Cup 1 didn’t have. That meant that in the first Players Cup, players weren’t given the same number of chances. You could play in X number of tournaments based on your count, and there was no control over it. In the second Players Cup, they implemented tournament keys in the program that enabled you to play in 50 different little 8 man events. It was good to see them pivot. They are learning and improving. They are also trying to innovate. The next thing they are doing is a team challenge where teams of 3 play against each other representing different stores. They have never done that before. Sometimes a big organization can be slow to move and react. I have been very impressed by how the Play! The Pokemon team has responded to the pandemic.

ONE37pm:  When are you going to win your first World Championship?

The next time they have it! It’s a long time coming. You gotta figure before too long they will start running live events again. Once they run one, I’ve got a good chance!

ONE37pm:  How many people compete in the World Championship and where are most of them from?

There are players from all over the world. There are a lot of Europeans, lots of Japanese players, tons from the United States. It’s invitation only. You have to earn an invite. They do 3 age groups. Juniors is 10 and under. Seniors is 11-14. Masters is 15 years olds and above. Each age group has a few hundred people competing.

They have international championships. Those get a lot more people because it’s an open event. They can have like a thousand people in each age group. I think all of these events will be bigger than ever once live events come back. 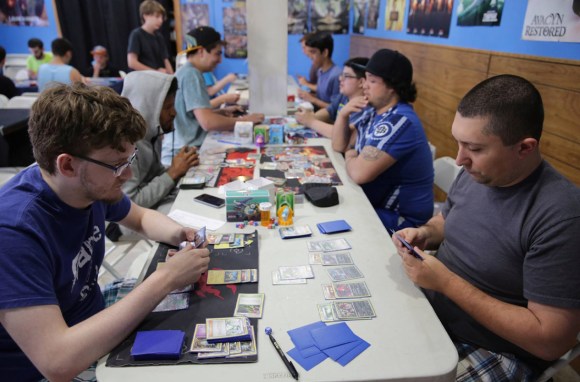 ONE37pm: Is there any friction between people like you who have been in the Pokemon space for a long time and people who are just getting into collecting now, hoping to cash in on the attention?

Diaz: There’s a lot of cool stuff going on. I think Steve Aoki opened a box recently. It’s very exciting. I like the attention and energy coming into the space that I have been working in. I am very happy about it. You do see a lot of people who are questioning the genuineness of some of what’s going on. If someone is saying “hey, I am opening a box of the base set” because it’s a fad, it doesn’t seem like they are a part of the community or something they know anything about, some in the community will push back. I think anything that’s popular, someone isn’t gonna like it. I have been very happy about it though. It’s a great opportunity. It’s so great that the Pokemon brand is getting all of this attention. It’s been a really good thing and anybody who has any cards should be very happy about this.

ONE37pm: Have they scheduled a World Championship for 2021 yet?

Diaz: They scheduled it in London but it’s not clear yet whether or not it will happen. They are playing it by ear but they are doing a good job communicating. They released on their website that they are still monitoring it and what their plans are in the meantime. In the past, they have been notoriously poor with communicating, so they are doing a good job keeping everybody informed. It’s just wait and see for now.

Your Ultimate Guide to Selling and Investing In Pokémon Cards
What Are Your Pokemon 1st Edition Base Set Cards Worth?
The 12 Best Pokémon Games, Ranked