Do you know what’s a common opinion among most comic book heads? “A lot of those DCEU films are buns, but those animated movies they put out are fire!” I fall into that category of fans that feels the exact same way. All anyone needs to do is watch films like Justice League: The Flashpoint Paradox, Batman Beyond: Return of the Joker, and Assault on Arkham to realize just how strong Warner Bros. Animation’s output is. By the looks of Batman: The Long Halloween, Part Two, it’s looking like the DC Animated Movie Universe will continue to put out quality content for years to come.

Along with that new trailer for the “Dark Knight’s” upcoming animated venture, everyone got treated to some other awesome announcements. Warner Bros. Animation officially announced an Injustice: Gods Among Us animated film, plus a new Batman animated series (Batman: Caped Crusader) and an additional one based around the life & times of a young Superman (My Adventures with Superman) are also on the horizon. Even with all those dope reveals, I want more! I consider myself a pretty avid reader of all things DC, so I have a pretty good idea of some other classic storylines that would make for great animated features. I came up with six fantasy films that would make for great additions to the DCAMU. 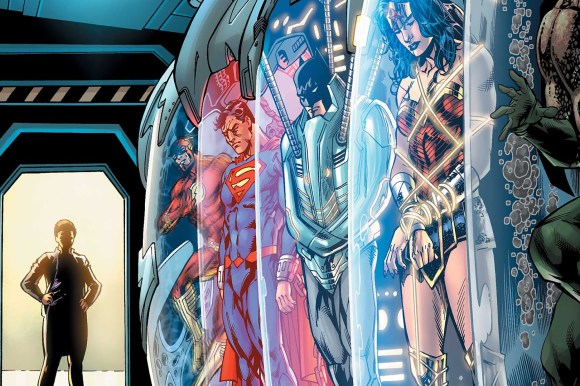 This pick on my wish list obviously stands out as the most recent major DC storyline to have taken place (it’s lifted right from the “Rebirth” line of comics, after all). Amanda Waller’s collective of criminals turned unwilling Task Force X members were pretty dope during their starring role in Suicide Squad: Hell to Pay, so I’m down to watch them pop up again. And the easiest road to that next animated movie appearance for the team is Justice League vs. Suicide Squad. The premise of the whole crossover is pretty simple and ended up producing some exciting battles that I’m sure a lot of people would love to see in motion. The big reveal behind what’s really going on during the struggle between the JL and the SS hits readers with a nice twist that would play out quite nicely in animated form. In all honesty, I just wanna see Killer Croc take a bite out of Aquaman on the small screen. 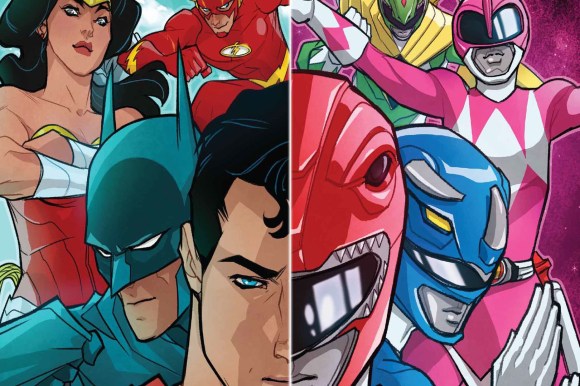 We already got an animated rendition of Batman vs. Teenage Mutant Ninja Turtles and it turned out to be a fun watch. So the next most logical step as far as animated films for DC crossovers go should be a movie for Justice League/Mighty Morphin Power Rangers. It’s only right that we get to see that fantasy crossover truly come to life in the form of a feature-length film. Watching the best of the DC Universe align themselves with the OG Power Rangers as they go to war with Brainiac and Lord Zedd sounds pretty hype, right? I thought so. I’m down to see this big storyline unfold across the course of an hour and a half long cinematic epic. Just the thought of hearing the original Mighty Morphin Power Rangers theme during this film brings a tear to my eye. 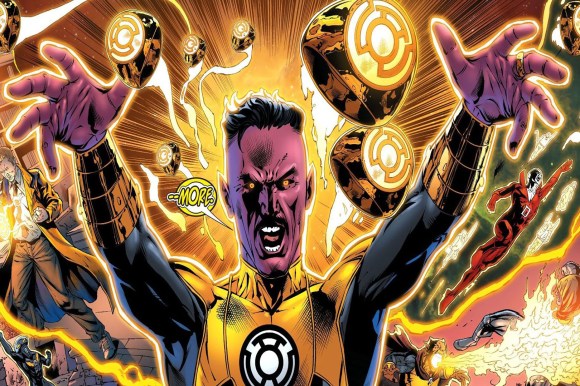 How hasn’t this incredible chain of events within the DC Universe gotten adapted as an animated film yet? We’ve already seen the origin story of Hal Jordan get that treatment with Green Lantern: First Flight, plus he’s fought the good fight in Green Lantern: Emerald Knights and Green Lantern: Beware My Power. Now’s the perfect time to adopt even more of the most prominent Green Lantern’s best storylines. And one of those well-regarded plotlines is the one centered on the grand war between the Green Lantern Corps and Sinestro Corps. Critics and fans alike regard it as one of the best comic book storylines of all time, so it’d definitely make for an amazing animated film. The clash between Hal Jordan’s heroic contingent and Sinestro’s formidable lineup of beings powered by Fear would look incredible in animated form. 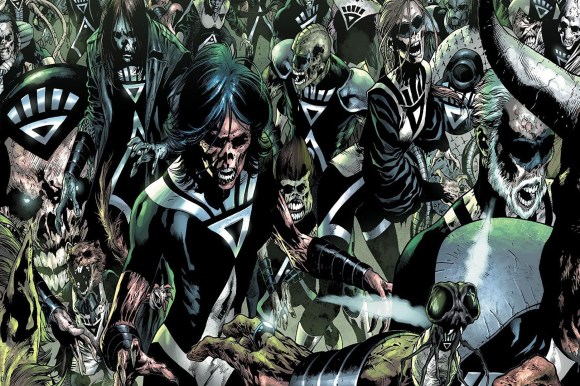 While I’m here showing my clear fanboyism for Green Lantern, I might as well bring up another incredible storyline of his that’s ripe for the animated movie treatment. The crossover miniseries that’s overdue for a DCAMU rendition is Blackest Night. I loved reading about Nekron’s grand plan to expunge all life and emotion from the universe. And I damn sure got a kick out of flipping through all the beautifully drawn panels that showed his army of reanimated superheroes fighting by his side. There are so many dope battles that took place during Blackest Night. Plus there were plenty of shocking appearances from an army of once deceased DC personalities. Count me all the way in for this animated epic if it ever comes to fruition. 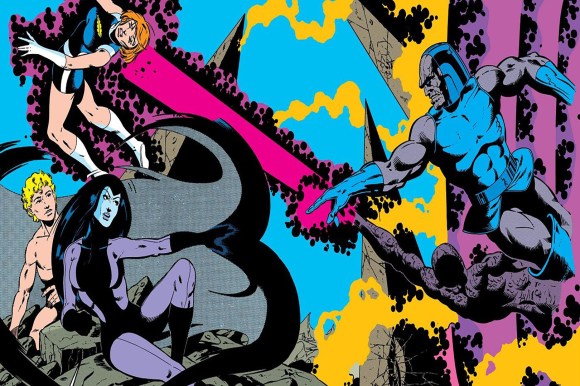 Darkseid is one of the best big bad’s in comic book history. His terrifying might has been on display in animated form on several occasions and I’m in the mood to see him pop up to wreak havoc once again. And this time, he should reappear to reenact his past struggle with The Legion of Super-Heroes. The Great Darkness Saga throws an overwhelming array of Legionnaire superheroes against the equally overwhelming power of Darkseid himself. Even though this storyline has been removed from DC continuity, I’d still love to watch it come to life as a lengthy DCAMU film. The twist at the end is super outlandish and adds even more to Darkseid’s infamous villainy. Imagine watching it unfold with Warner Bros. Animation’s big-budget work applied to it. 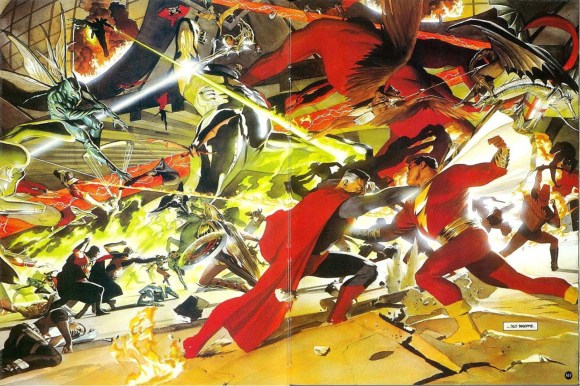 And for my final selection on this list, I have to show some love to Mark Waid and Alex Ross’ magnum opus Kingdom Come. The plot for that one is practically comic book royalty and the sort of go-to gem that defines the medium as a whole. Kingdom Come pits the old guard of the DC Universe against a new group of crimefighters that employ deadlier tactics in a bid to quell some notable evildoers. Things go awry real quick and lead to the idealistic members of the reformed Justice League clashing with the mission statement of Batman & Lex Luthor’s respective stables. Here’s hoping that we eventually get a DCAMU move that tells the grand tale of Kingdom Come as best it can. Alex Ross’ incredible art definitely won’t be brought to life in this one, sadly. But I’m sure if this movie ever passes the concept stage, the animators chosen to produce it will still do right by his iconic drawings.