Between channel ORANGE and Endless was a wait of over four years. Between Endless and Blonde? Less than four days. It’s this kind of predictability that makes Frank Ocean an enigma in the music industry. An artist who moves to the beat of his own drum as much as anyone else today.

Since releasing Endless and Blonde back-to-back in 2016, Frank Ocean hasn’t put out an album. However, with there being some indication that a new album could be on the horizon, here’s everything we know about Frank Ocean’s new album so far. 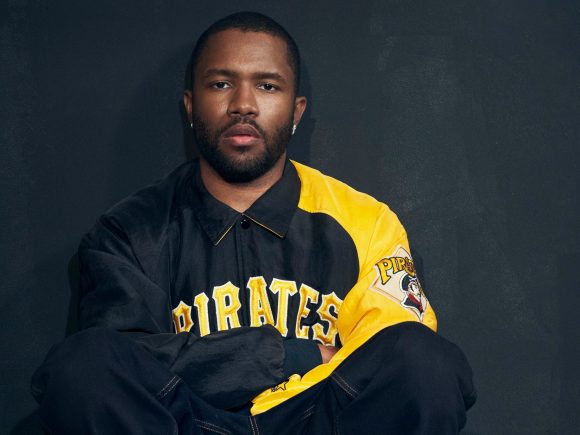 In October of 2020, Frank hosted a PrEP+ party in New York City on the opening night of a queer club. It was intended to “pay homage to what could have been of the 1908s’ NYC club scene if (HIV prevention drugs) had been invented in that area. The name was a reference to prophylaxis, a drug that helps prevents AIDS.

At the party, Frank debuted some new music, though all most of the world heard was some snippets of it on social media. Of course, with Frank’s reputation, we had no idea when we would actually hear it in studio form, if ever. But the next day, more good news came.

Frank updated his website with new merch and vinyl, the latter of which was for the songs that he played the previous night. With them expected to ship 8-12 weeks from the date of the order, it was as close to a confirmation of new music that Frank fans had gotten in a while.

Later that week, it was announced that blonded RADIO 008 was happening. This was big news for fans because it was the first episode of the year and a staple of the show was Frank debuting a new song of his at the end. That was the way that fans got ‘Chanel’, ‘Provider’, ‘Biking’ and ‘Lens’, the post-Blonde loosies. The show went live on Beats and fans rejoiced when Frank’s brand new single ‘DHL’ played. As far as his fans were concerned, the album’s campaign was upon us.

At another PrEP+ party a few days later, Frank debuted even more music, this time a remix of SZA’s ‘The Weekend’. At the next party, he debuted a song with Skepta. Fans had so much music they didn’t know what to do with it all. Then came more.

In the early hours of the morning, Frank officially released another single, ‘In My Room’. It was more upbeat than ‘DHL’, but still far from the club music that fans had heard at the parties.

In January of 2020, after Frank had signed a publishing deal with Warner Chappell, Coachella revealed their line up. Frank Ocean was the headliner on the final day, which fans took to mean that the new album had to be out before April when the festival was set to take place. Of course, we know what happened next.

It’s somewhat still up in the air, but many believe that the parties, the new music and the merch was all part of the rollout to his brand-new album that was put on hold by the pandemic. Whenever we get his new album, who knows if it will even be the same album from nearly two years ago?

Will Frank Ocean’s New Album Be The One From 2019? 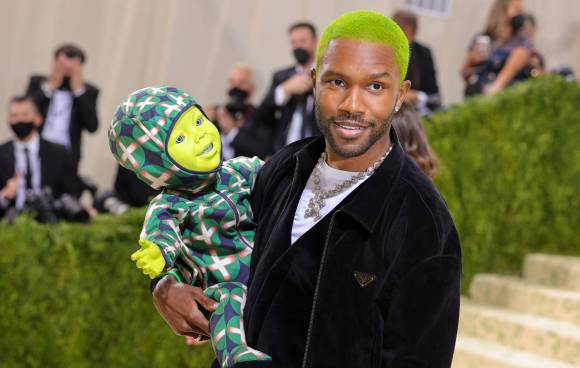 When ‘DHL’ and ‘In My Room’ dropped, fans weren’t just excited because they were getting their first taste of new music since 2017. They were also excited by the cover art for both singles.

On the bottom right of the ‘DHL’ cover are 13 images, one of which is the image in the centre of the ‘DHL’ cover, which is highlighted. Fans were quick with their theories and took this to mean that each image represented a single, or a song on the album. When ‘In My Room’ dropped, the theory was fuelled. The image in the centre of the ‘In My Room’ cover was indeed one of the smaller images on the ‘DHL’ cover. However this time, there were four more images slotted in, totalling 17 images and potentially 17 tracks. This would line up with a new album because both channel ORANGE and Blonde had 17 tracks on them too.

There are multiple theories about why each single had a different number of images. One of them is that the album was being formed in real time and Frank had added four songs to it by the release of ‘In My Room’. Another is that there were two versions of the album, something which Frank had previously played into with the dual release of Endless and Blonde.

One of the more interesting theories comes as a result of those aforementioned vinyl releases by Frank. One of the songs was ‘Deal April’ which had an acoustic A side and a Justice remix on the B side. The A side of ‘Cayendo’ was also stripped down and its B side was a remix by Sango. Fans hypothesised that Frank could release a regular album and then a version of the album where every song was a club remix.

This theory is supported by an interview that Frank did a few months prior to the singles dropping. He told W Magazine that he’d been “interested in club, and the many different iterations of nightlife for music and songs.” He went on to say ‘the things I look at now have a lot to do with those scenes: Detroit, Chicago, techno, house, French electronic…”

When directly asked about his own new music, Frank revealed that he “believed for a very long time that there was strength in vulnerability, and I don’t really believe that anymore… and so to combine them sounds wise, but I don’t know if it wise.” Some of his words led people to believe his new music would be less about himself and more fictional.

A fun club album from Frank Ocean sounds incredible, but who knows whether this will be what he ends up putting out.

Breaking His Silence In 2021 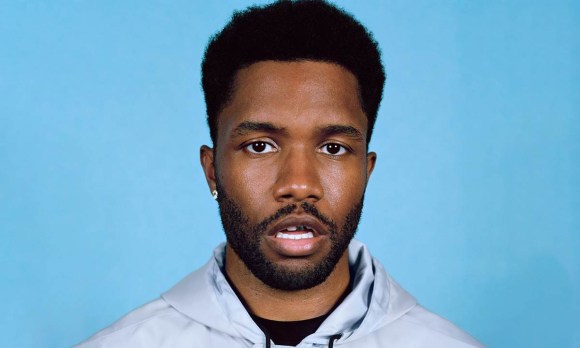 Despite whatever his plans may have been, after Coachella’s postponement, Frank went silent for much of last year, was dealing with a personal tragedy – the death of his younger brother. As of late though, he’s been popping up here and there at events and with news.

In August, the founder of Coachella, Paul Tollett, did an interview with LA Times where he talked about the festival’s break, the challenges he faced during the pandemic, and more. With the festival not returning until 2022, he was adamant that “fans deserve some reassurance after the chaos and uncertainty of the last year and a half” and announced that Frank Ocean would be a headliner for the festival, albeit not until 2023.

The news split fans down the middle, with some just happy to hear that Frank was scheduled to perform and others jumping to the conclusion that because he wasn’t set to perform at Coachella in 2022, this meant that we wouldn’t get new music from him for the next year or so.

A few days later though, Frank’s name was in the headlines once again. 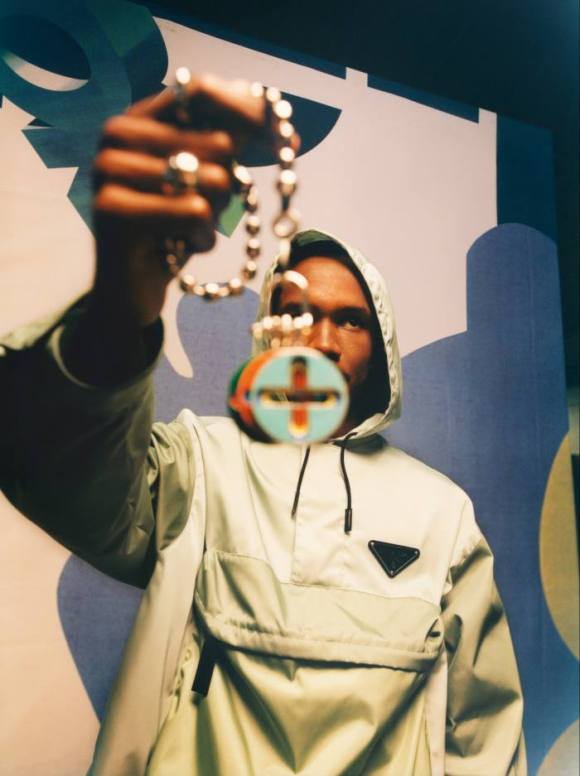 Last month, Frank launched his independent luxury brand, Homer. It was something that he said helped him keep busy during the tough 2020 and had reportedly been in the works since 2018.

The catalogue showed the range of products. There was an Enamel pendant for $435 and a “high jewellery necklace” worth an astonishing $1.9 million. Frank entered the scene with a bang, though fans weren’t so supportive this time. Many had to wait over a year for their merch and vinyl from the original 2019 drop, with there being issues with Blonded customer service issuing refunds and giving false dates for shipping. To some, Homer was seen as a little insensitive to the trouble that fans had gone through.

Many have still shown their support though, with even the likes of Kanye West, Cordae, SZA, Kevin Abstract and Rosalía sporting the brand.

Frank Is Reportedly Shopping A New Album To Labels

Last week, right after Frank showed up at the Met Gala and gave his first interview in years, Hits Daily Double reported that Frank Ocean was shopping his new album to labels, likely for a distribution deal, to avoid some of the problems that Blonded had. This means that he was playing it for them, seeing who would be the best business partner. They also said that Frank was planning a return and noted that a source told them that the album is “fucking great”.

There isn’t too much to be said about features, but Skepta could be on the LP if ‘Little Demon’ makes it. It was initially a vinyl that was made available to purchase but plans eventually changed and it got recalled. Perhaps that means that Frank wanted to save it for an album, or it got scrapped entirely.

Frank and SZA also seem to be fans of each other, so it wouldn’t be surprising if they collaborated on music soon too. SZA recently referenced Frank in a tweet and she has previously stated that she wanted Frank on the remix of ‘Good Days’.

Of course, a collaboration with Tyler, The Creator is always plausible. We recently heard Frank on CALL ME IF YOU GET LOST talking about the color green, but it’s about time the pair released another song together.