When I fall in love with a TV show, I fall hard. For my obsession with The Simpsons, I decorated my college dorm room in 2004 with all things Simpsons—a lava lamp, plush dolls, character posters, a wall calendar, PEZ dispensers and even an alarm clock that blared Homer’s and Marge’s voices to wake me up. For my True Blood addiction in the late 2000s, my friends and I would make savory Bloody Marys for our viewing parties. For my Glee infatuation, particularly at the turn of the current decade, we captioned all of our social media photos with Glee quotes and even tipsily sang along at the Glee Live tour. For my Scandal fixation a few years ago, we handled our emotions, just like Olivia Pope and Mellie Grant, with fancy red wine and popcorn.

Hi, I’m a TV geek, and I’m not alone. Television spawns a special kind of rabid fandom—look no further than the appeal of New York Comic Con and San Diego Comic-Con, where shows like The Walking Dead, Breaking Bad and Game of Thrones have attracted countless costumed fans over the years. I experienced a similar fervor this past weekend when I attended the traveling Game of Thrones Live Concert Experience tour. “It feels like we’re heading north of The Wall,” quipped my buddy during our car ride from New York City to Jones Beach Theater for this outdoor show.

Yup, Game of Thrones is my latest, greatest love, having recently binge-watched the first seven seasons for the first time ever in a matter of months this year to catch up before the much-hyped final season. In comparison, my friend had consumed the series gradually since 2011 when Game of Thrones debuted before eventually becoming the global cultural phenomenon and marketing/branding behemoth it is today.

Wildfire, smoke and a floating violinist

“Silence your phones or we will boil you in the blood of your children,” an announcement on the amphitheater speakers warned us after we had walked past women dressed as Daenerys Targaryen, the First of Her Name, Breaker of Chains and Mother of Dragons.

Finally in our seats, we witnessed giddy Game of Thrones composer Ramin Djawadi command the full orchestra and choir, which included the tour’s traveling ensemble as well as local New York musicians and singers, to launch full steam into the GoT main title song. Djawadi had reason to be champion-level giddy because during this same weekend he had won an Emmy for Outstanding Music Composition for composing the final season’s “The Long Night” episode. “All spoilers today,” Djawadi warned.

A breeze washed over the crowd throughout the night, adding a surprise element to a show featuring brilliantly crafted montages from all eight seasons’ major moments, smoke from fog machines to enhance battle scenes, fire blasts to elevate fiery dragon scenes, dramatic green lighting to amp up wildfire scenes and a floating violinist whose dress hypnotically dangled dozens of feet from the stage’s rafters down to the floor. 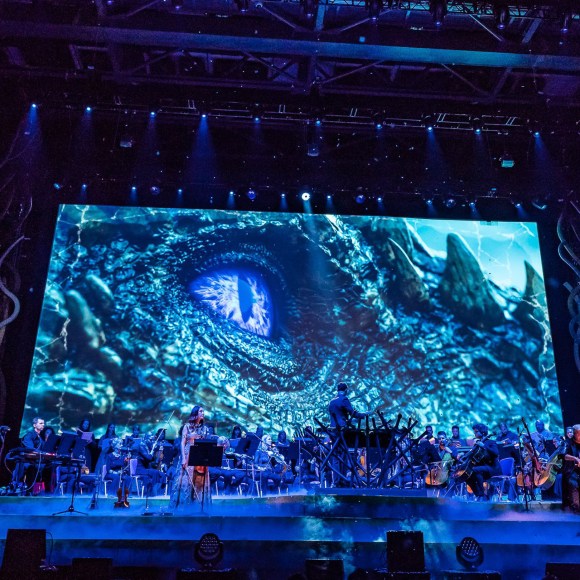 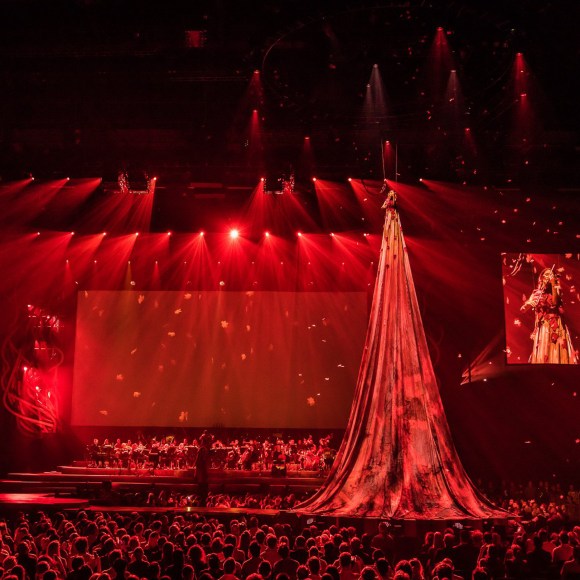 “Shame, shame, shame, shame, shame,” yelled a guy in the audience, as the violinist hovered in the air, inciting laughter even as emotional memories of Cersei Lannister’s “Walk of Shame” rushed back into fans’ minds. With a confused smirk on my face and a giant White Claw can in my right hand, I thought, “This is the only orchestra experience I can think of where heckling feels like a welcome addition.” The heckling continued throughout the concert, with character names and memorable quotes being hurled as the scenes on the big screen raced through fan-favorite moments.

One of the most fascinating things to take in was hearing which scenes prompted the loudest cheers. On this night at least, that honor went to three unforgettable moments, backed by the stunning live music: Arya Stark stealthily stabbing the Night King with a Valyrian steel dagger, Brienne of Tarth being knighted by Jaime Lannister before the Battle of Winterfell, and Sansa Stark being crowned Queen of the North in the series finale. In contrast, several sad scenes brought back all the feels: Hodor’s origin story revelation intertwined with his demise, the Night King killing Viserion the dragon, Ghost sitting beside a lifeless Jon Snow (“Cheer up, Ghost,” yelled one heckler), Missandei’s beheading, and of course, the heart-stopping Red Wedding deaths.

Aside from the epically scored and edited-down-to-perfection battle montages—for the Battle of the Bastards, the Fall of King’s Landing, the Wildlings vs. the White Walkers, the Battle of the Blackwater, the Loot Train Attack and the Battle of Winterfell—my favorite moment was experiencing the the “Winds of Winter” episode scene, in which Cersei uses wildfire to blow up the Sept of Baelor and her enemies (watch above), paired with the crescendoing “Light of the Seven” song, billowing smoke on stage and wildfire-colored green lighting for dramatic effect. CHILLS.

“The lyrics are from the books and I had to write the melodies for it,” Djawadi said at one point, explaining the impact of the powerful vocalist that September 14 night. 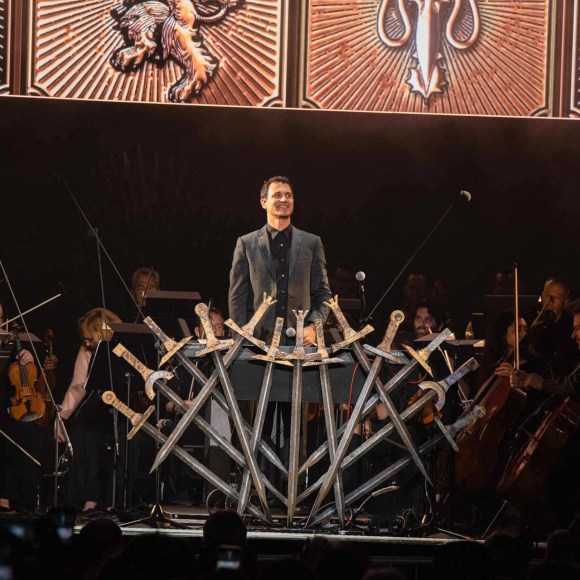 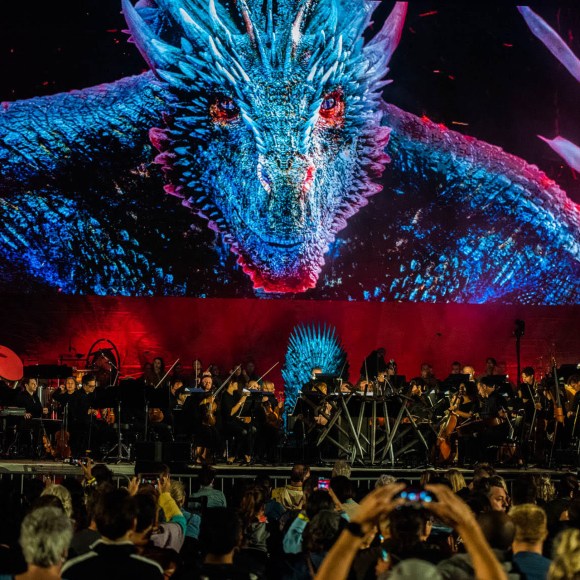 I walked in not knowing what how I would react to this Game of Thrones live concert. I left wanting to tell everyone about how so damn cool it was. For any GoT fan, I would definitely recommend seeing this years-long traveling concert if it stops in a city near you before it ends on October 5.

Read Next: 8 ‘Game of Thrones’ Cast Members’ Next Acting Roles

Read Next: 8 ‘Game of Thrones’ Alternatives Now That ‘GoT’ Is Over

Read Next: 8 Lessons ‘Game of Thrones’ Can Teach You About Business