We’ve spent the past five weeks getting our bearings in late-1880s New York City: from throwing breakfast trays across the room to bribing charities, the series is truly a class in social climbing 101. Mixing in real people from history with the fictional creations of Julian Fellowes, The Gilded Age is much more than your run-of-the-mill period piece. Oh, and having a cast with a combined 23 Tony Awards doesn’t hurt, either.

When we last checked in after the first episode, things looked fairly bleak for Bertha Russell: in many ways, she was the new girl at school with no one to sit with at lunch—people were quick to reject her outright. However, in just four episodes, Russell has climbed quite a few social ladders, though a man basically had to die to get that to happen (more on that later).

Her husband’s money and power is her magic wand: with one wave, she’s able to knock quite a few prominent families down multiple pegs. Most recently, following a failed railroad deal, George Russell decided to buy out the rest of his remaining stock in an effort to drive up the price. While risky, he was able to sink all of the men who had betted against him, costing them their houses and fortunes after they decided to back out of their previously agreed upon railroad deal.

On the brink of losing everything, Mr. Morris begs his wife to make an appeal to Bertha, but of course, she hears none of it, given the fact that Mrs. Morris snubbed her in the past over a fundraiser’s location. Mr. Morris resorts to literally getting down on his hands and knees to plead with Mr. Russell, but when he’s unsuccessful, he heads home and kills himself. 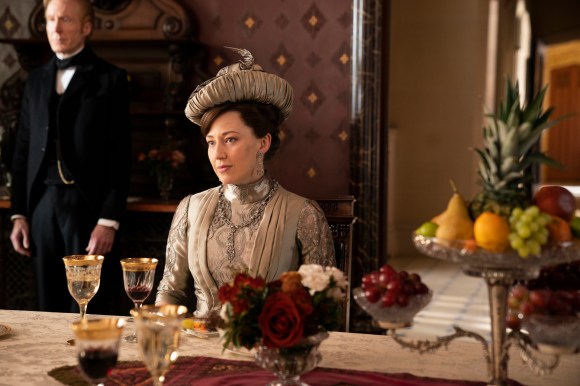 While there’s quite a good amount of action happening with the Russells, it’s honestly surprising just how little goes on at the van Rhijn estate. For a while, the largest piece of gossip that came out of the house was the fact that Ada’s dog, Pumpkin, had gone missing. Agnes hasn’t even left the house in three episodes—she mostly just putters around, tries to get her desk in order and expresses disdain for nearly everything, especially the way that Marian is going about her new life.

On the other hand, Ada is extremely supportive of Marian, though she tries to tone things down while in the presence of Agnes. In a way, Ada wants Marian to live the life she wished she’d had. If there were a throne in the house, Agnes would be atop it with Ada at the side as her court jester.

Here’s the thing: neither of these households would even be able to run without the help of their devoted staffs, whom we’ve begun to see more and more of as the story has progressed. Everything seems fine and dandy upstairs at the van Rhijns, but in Episode 5, we’re given a glimpse downstairs into the home life of one of the maids, Armstrong, who cares for her mother in a dilapidated, dark apartment. Her mother, I might add, is almost the equivalent of the angry, old worm in the SpongeBob SquarePants episode, “Chocolate With Nuts.” It brings everything into perspective, as much of the series is focused on the more wealthy residents when there’s a massive gap between the two classes. 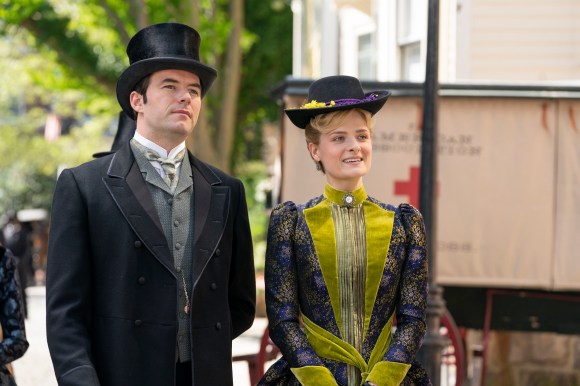 In the Russell’s underbelly, the main staff is constantly being reminded by their boss to stop loudly gossiping about the family. One of the maids had been seeking out Mr. Russell, even sneaking into his bed one night while naked. Though he adamantly dismissed her, things have been tense between the two ever since.

Though Peggy is technically a member of the van Rhijn’s staff, she plays a much larger role in the show, as we now see her actively pursuing a career in journalism. Though her father opposes it, she was finally published in the New York Globe and covered one of Clara Barton’s charity speeches later on, who took a liking to her and welcomed her in with the other women, which was unusual for the time period.

One of the overarching themes in the past few episodes is how exploited an industry that charities have become with regard to social climbing. Most of the charity heads are aware that the checks are written are not always simply out of a pure heart yet are more likely part of a larger social chess move. The charities don’t seem to mind as they’re receiving money regardless of the reasoning, but it’s interesting to see that social climbing is done under the guise of something so selfless.

With half a season ahead of us, there are a number of ways that things could play out with each storyline. For one: will Marian actually go ahead and accept Mr. Raikes’ proposal even though they barely know each other? Agnes certainly hopes not. She also probably hopes that Bertha will stop rising in the popularity ranks—perhaps the faces of old money will soon have a say in the matter. And with regard to Peggy, we’re waiting to see if her father will finally begin to accept her line of work. If her mother is able to convince him, there’s a possibility of that. My main hope for the remainder of the season: more scenes with Pumpkin.

HBO Max’s “The Gilded Age” Brings Modern Issues Into the 1800s
‘The Marvelous Mrs. Maisel’ Season 4: A Story of Revenge and Going Your Own Way
The 26 Best Shows on HBO Max to Stream Right Now