“The interest in comic books, trading card games and video games has exploded into the mainstream in the last decade and the collector appetite is incredible.” said Ken Goldin, Executive Chairman and Founder of Goldin Auctions. “We’re also seeing the enthusiasm for superhero movies translating into surging popularity for comic books, which was reflected in our record-breaking Thor, Avengers and Superman sales.”

The list below illustrates the top seven sales, kicking off with a record breaking seven-figure sale of the iconic “Caped Crusader”. 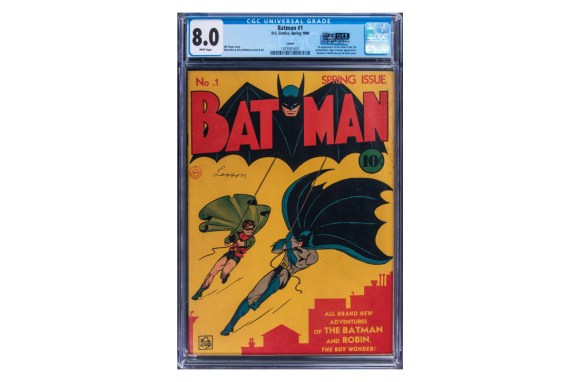 Released in March of 1940, this is Batman’s first solo title. The cover is one of the most iconic covers in all of comics. CGC, a company that specializes in grading comic books for over 20 years, graded this book a 8.0 meaning, the comic has great eye appeal, moderate defect or an accumulation of small defects.

There are only (6) of this comic graded as high as a CGC 8.0, illustrating it’s extreme rarity in this condition! It is the 1st Appearance of The Joker and Catwoman, two of Batman’s classic villains. The $1.47 million dollar price tag represents the all-time record for this comic in this grade.

The comic is known for the battle between Batman and Hugo Strange where Batman ended the battle by killing the monsters. This caused backlash from the readers and forced DC to change how Batman was portrayed. For the next 80 years, Batman would be there to protect Gotham City. 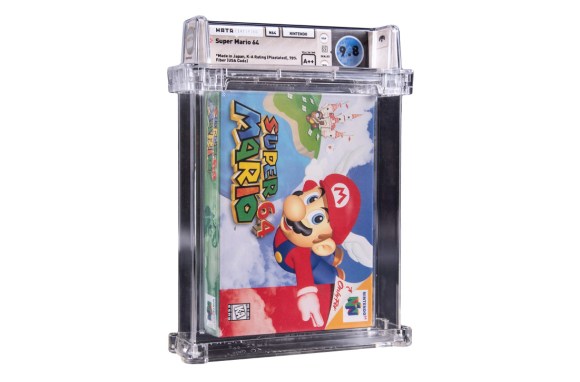 Released in September of 1996, Super Mario 64 is the first Mario game to introduce 3D gameplay. It was extremely popular, with over 11 million copies sold.

This game is considered to be one of the best video games ever. Super Mario 64, developed and published by Nintendo, completely revolutionized the Super Mario Bros. brand. This particular game was graded by WATA and was given a 9.8 with A++ seal rating. WATA is a company that specializes in grading, authenticating and protecting video games. This is one of the most pristine copies in existence! 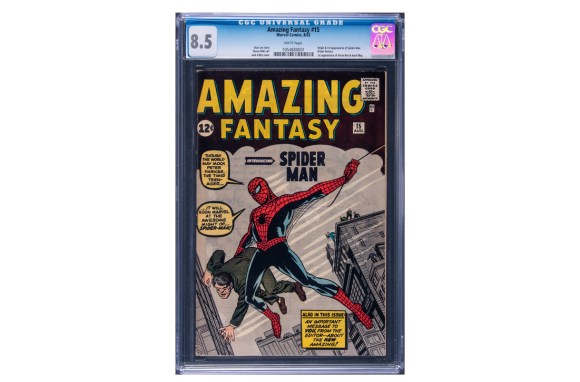 This iconic collectible was created by comic icons Stan Lee and Steve Ditko introducing the tale of Peter Parker, a 16-year-old high school student from Queens who gets bitten by a radioactive spider.

Yes, this is the very 1st Appearance of Spider-Man!

Spider-Man was the first teenager to be a standalone hero in the Marvel Universe and ranks as one of the most popular Marvel superheroes. This book is also the 1st Appearance of Uncle Ben & Aunt May – which play a huge role in Spider-Man’s life.

This book, in this grade, is something you do not see everyday and is a part of history! 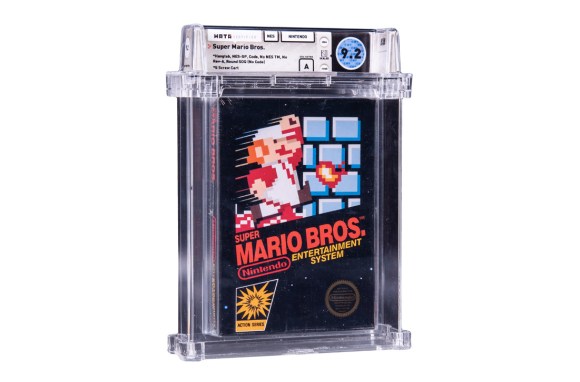 This is one of the most iconic video games ever produced, as it’s the first game in the Super Mario Bros series. This is what kicked off the Mario we know today. It was one of the most popular NES games to ever be released with more than 55 million copies sold, the 6th highest selling game ever.

This game was graded by WATA as a 9.2 with an “A” seal rating. This sale is an all time record for the game, in this grade! 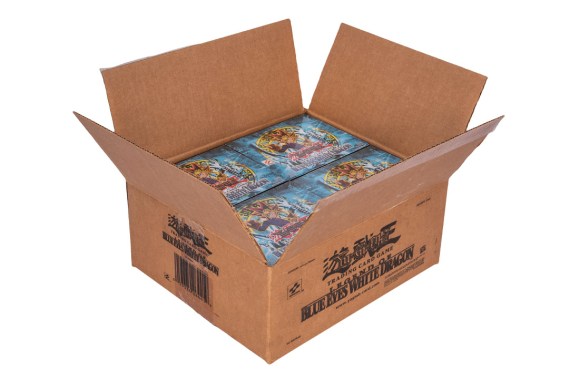 Coming in at number five is a 1st Edition factory case of Yu-Gi-Oh! Legend of Blue Eyes White Dragon.

The sealed case holds 12 booster boxes. This was the first set in the Yu-Gi-Oh! Trading Card Game, released in 2002. This is a true holy grail in the Yu-Gi-Oh! world. For comparison, this is similar to the 1999 Pokémon 1st Edition Booster Box. There were 126 cards in the set, highlighted by Blue-Eyes White Dragon, Dark Magician, Raigeki, Black Hole, and Pot of Greed. 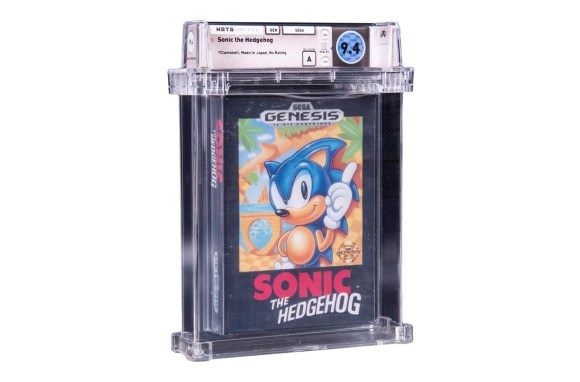 This game was released in June of 1991 and was a huge success, loved for its visuals, audio, and gameplay, launching the Sonic franchise with over 15 million sold.

Sonic the Hedgehog also helped boost SEGA into the marketplace, becoming a competitor with Super Nintendo. This particular copy was graded by WATA and given a 9.4 with an A seal rating – illustrating its immaculate condition. 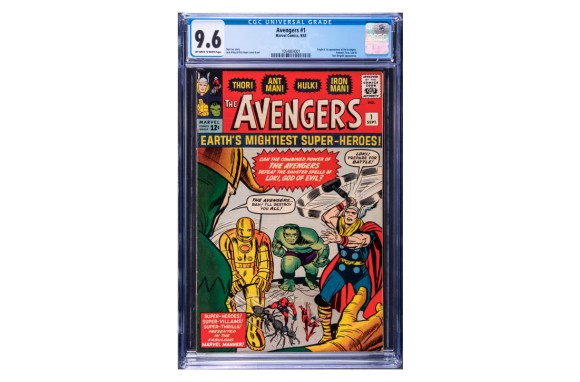 Without this comic, there would be no Marvel Universe, as this was the first appearance of the Avengers.

This historic debut features the original Avengers team consisting of Thor, The Hulk, Iron Man, Ant-Man, and the Wasp, ironically brought together by the threat of Loki. The story was written by comic book legend Stan Lee, with the cover and art illustrated by Jack Kirby and Dick Ayers.

This copy was graded a 9.6 by CGC, meaning a very well-preserved collectible with several minor manufacturing or handling defects. The population report for this grade is 5, with none graded higher, making this book the most pristine copy in existence!