This week’s Monday to Monday episode hosted by Mike Boyd welcomes rapper Lil Polo Tee aka Polo Perks. A unique artist with a speciality for rapping over indie samples, Polo has been steadily building buzz over these past couple months as he continues to gain followers and build his fan base. On the heels of releasing the music video for his latest single ‘YeahYeahYeah,’ the artist is having a pretty good 2021 so far, and tapped in with Boyd to talk about Surf Gang (a group of New York based rappers and producers), his approach to music, and what he has been up to recently.

Boyd and Polo started their interview discussing the New York music scene, and how Polo is carving a lane for himself in that space. “Everything is going pretty well right now! Places are opening back up in the city, and Surf Gang is taking over everyday. Most of us are based out of New York, but we are really all over the place when you think about it. We just got back from doing a sold out show in L.A., which was crazy. There were about 600 to 700 people, and it was my first show there, so that was dope to experience.”

Pivoting the conversation, Boyd asks Polo about his EP Punk Goes Drill, and what it took behind the scenes to craft the project. “You know it’s funny because I listened to Punk and Drill music growing up, and it’s cool to see people’s reactions,” he tells Boyd. “That type of music is easily forgotten about a lot of times, and not a lot of people appreciate it. I was really just trying to make a drip project that was in the sound of Drill, but still something to set me apart from the rest. I wasn’t influenced by any of the old school samples—these are all up-to-date 2000s samples. Everything is from the early 2000s, and it’s really for the people of my time.” 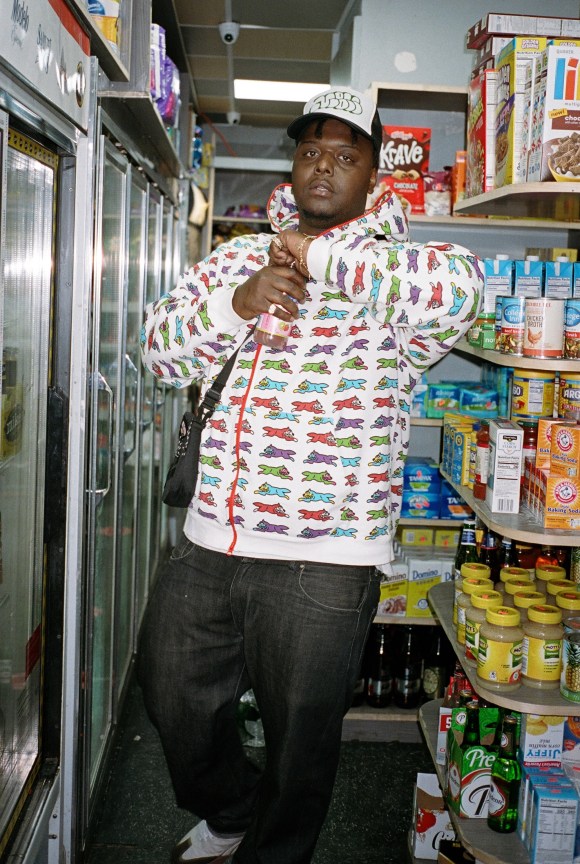 As their convo continues, Boyd and Polo talk about Polo’s favorite tracks on the project, working with his go-to producer Goner, and his growing influence in the skating community, which in turn leads Boyd to ask what song Polo would recommend new fans listen to for an introduction to his music “I feel like there isn’t really a song—I’m one of the most organic people doing this,” he says before listeners a rundown of his artistry. “Before you tap in and listen—you can really listen to any song you want to, you just have to know that my sound is going to be my sound. My flow is going to be my flow. So you have to get comfortable with it!”

For more on Polo, be sure to check out the full interview above. You can also keep up with the artist and his future releases on both Instagram and Twitter.