On this week’s episode of our podcast Monday to Monday, host Mike Boyd chats with rapper/artist/polymath Guapdad 4000. This episode is formatted differently from some of the past ones, as Mike and Guapdad speak over FaceTime. Guapdad famously attended the Grammys in February in one of the most iconic fits of the year (the 10-foot long silvery durag), but the artist’s expertise far exceeds merely getting off sick looks. From rapping to songwriting to singing to visual art, Guapdad is a man of many skills, and he has been hard at work on all of them during the quarantine. 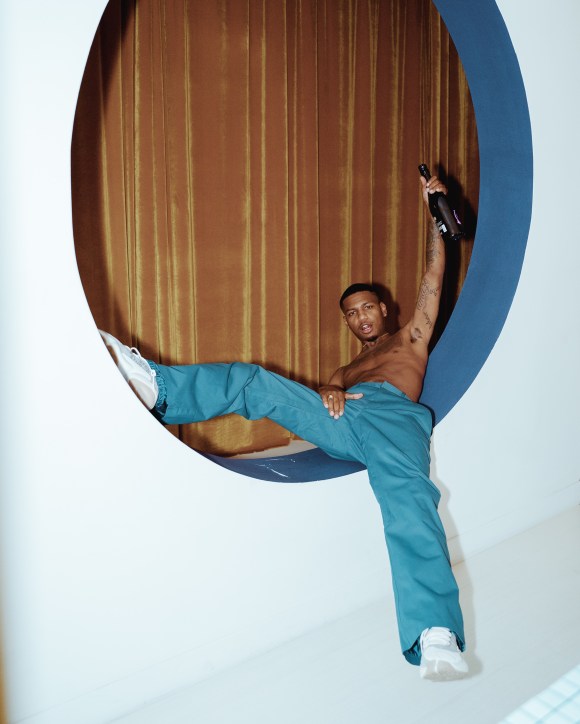 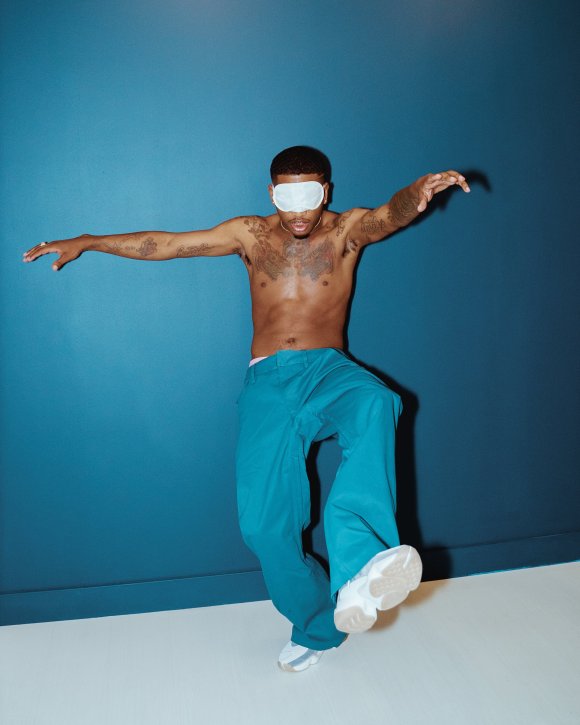 He opens the interview with sage advice for everyone while locked at home. Boyd asks him how he’s doing, to which he responds: “I’m holding up. Drinking a lot of water, eating granola and shit.” The rapper has been releasing a song every Friday during the quarantine, in addition to a series he’s been doing on IG called #RonaRaps. Previous features on the RonaRaps series have included Lil Yachty, Denzel Curry and Wiz Khalifa.

They discuss his incredibly prolific music career (during and before the quarantine) while also addressing Guapdad’s widely under-the-radar expertise as a visual artist. His schedule contains far more than just his musical exploits. “Bruh, and that’s not even—I’m not even stopping there. I’m doing like a whole cooking thing, a whole workout thing and a, like, paint and sip,” he says.

In typical Monday to Monday fashion, they also discuss the rapper’s relationship with his manager Sam Lancaster and what valuable lessons he’s learned from him. “Shit I learned a lot. When it comes to business, Sam like my mentor in this shit,” he says, before going on to elaborate on the most important lessons he’s learned. “What I learned from him really is how to utilize time to the fullest. If I’m doing absolutely nothing, we could be taking… this is photoshoot time, this is content time, this is art time, this is recording time. Like all time.”

Aside from Sam’s advice on making the most of your time, Guapdad also feels that his work with his manager has helped him learn what is important in a manager-artist relationship. “The main thing I learned, is how to fold. I fold to Sam a lot, purposely,” he says, and adds, “It’s cool to fold. A lot of people got too much pride in this shit.”

“Sam’s the boss on a lot of things and I allow him that power because, as a free spirit creative, I kind of need that structure. Somebody to be like, ‘alright, nah we doing this.’ Or we not doing this,” he adds. Guapdad repeatedly stresses the importance of trusting your manager’s insight. “If you an emerging artist or an upcoming artist and you got somebody who believes in you, at that time, listen to what they got to say,” he says. It’s also important to let your manager handle some of the difficult aspects of networking. “Let your manager be the bad guy,” he says. But despite his symbiotic relationship with Sam, Guapdad is able to maintain his independence as well: “It’s my ship, he’ll let me sail it the way I want to.”

Guapdad has recently become much more comfortable in his identity as a songwriter. He wrote the titular song to the recent Sonic the Hedgehog film and feels that his process of songwriting has given him a new insight into making music. “Because now I look at songs as like the bigger picture other than just having a hard ass verse. You know, you try to paint a whole landscape, then apply yourself to that landscape. Or make it so anybody can fit in that picture if you’re writing for other people,” he says. It’s no longer a selfish exercise about making the best piece of work for himself. It’s about making the best music possible. “What is the best hook we can put on this beat, period. Not for me […] What was the best for the music?” he says. There’s now one question driving his music production: “How can I make the tightest song?”

If you loved this episode and want to listen to Boyd chop it up with other artists, rappers, managers and more, make sure to check out last week’s episode, when he chatted with rapper Lil Keed.