Meet Souly Had, the soulful R&B singer and rapper who has been gaining traction and making a name for himself over these last couple of years. Known for his ability to blend two different genres of music together, the 23 year-old from Capital Region just recently signed his first major label deal with Island Records. It’s been a long time coming for the musician who was previously a server at Olive Garden, and the singer/rapper spoke with ONE37pm’s Jael Rucker about his journey so far. 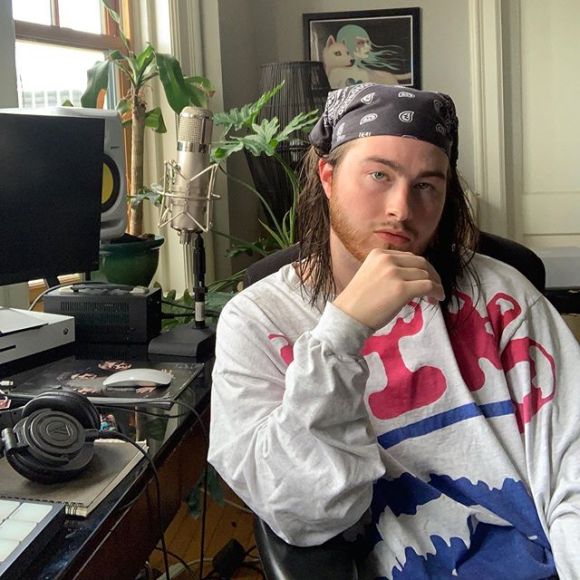 Born Harrison McQueeny, Souly Had, always knew that music was engrained in his blood. In fact it goes all the way back to the Walkman.

“The full credit for my love of music goes to my mom. When I was a kid, she gave me a Walkman, and it had all different types of music from Slim Shady to Bob Marley to Pink. I was listening to old school music in the 7th and 8th grade.”

That passion led to Had discovering his own love for music.

“I started rapping and singing when I was 9 or 10-years-old. I would put my songs on YouTube, but I wasn’t that talented back then. I kept working, and then I hit a transitional period where I had about four or five songs that blew up. I was eventually able to get signed to a major label (Island Records), and that’s been a learning experience as well. I’ve gotten a chance to work with other artists, which is something I have never done before.”

It’s been a whirlwind year for the artist, and he keeps regular reminders about his humble beginnings.

“I was a host at Olive Garden, and I worked at a bunch of different restaurants for a couple of years. I actually have two or three different journals full of goals and stuff that I wrote when I was working those jobs. I wouldn’t have made it without my humble beginnings.”

Had’s early grind and personal experiences are what gives his music depth. In order to have soul, you have to have experiences—laughter, pain, and everything in between.

“Sometimes I use a certain subject, and sometimes I use personal experiences. For example, I might make one song about a girl which is a personal experience, but then my next song might be about three girls that I have no personal connection to. Sometimes my songs even come from random inspirations. When I made “LEAP!,” I just randomly saw a tire that had the word leap on it.”

With songs like “LEAP!,” “Crush,” and “Goner,” fans have been wondering when they will get an official EP or album. The artist says that for now, he’s “going with the flow.”

I’m not in a rush. I’m just going with the flow. When it comes to experiences, the stuff people connect with, you gotta live to make it real. So for a while it’ll probably just be singles, but the EP will come one day.

In the meantime, Souly Had will not only be creating music,  he’ll also be working on expanding his career to become a multifaceted entertainer.

“Five years from now I will definitely still be doing music, but I’m looking to branch out as well. I’m into fashion and movies— I love to act. So I’m going to be taking some classes.”

One thing is for sure, the future for Souly Had is bright.