In the music industry, longevity can be difficult to achieve. In reality, very few people can say they are still making hits 20 plus years into their career. In the case of Zaytoven, it’s the complete opposite. The Grammy award-winning producer has been at it since 1997 and has worked with artists like Gucci Mane, Future, Usher, and more. In fact, Zaytoven and Gucci pretty much grew their careers together, selling mixtapes out of their trunks as they were trying to make a name for themselves.

Fast forward to the year 2020, Zaytoven has since established himself as one of Hip-Hop’s leading producers with a keen eye for developing talent (he produced the 2013 Y.R.N. mixtape for the Migos). His latest production effort is an upcoming one with rapper Young Scooter entitled ZAYSTREET. The first single ‘Black Migo,’ which features Future, is already off to a hot start with over 80,000 views on YouTube alone. As the year comes to a close, Zaytoven spoke with ONE37pm’s Mike Boyd on this week’s Monday to Monday spotlight. 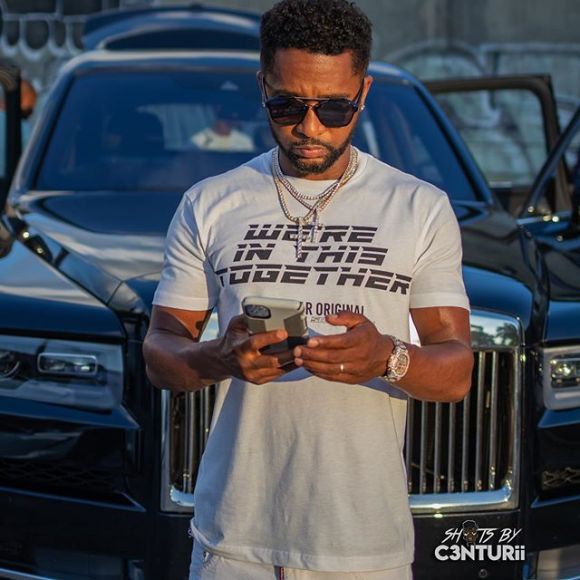 Like many, 2020 has been an interesting one for Zaytoven, but it’s also allowed the producer more time to relax and enjoy the fruits of his labor.

“2020 has been pretty good for me, actually. It has almost forced me to spend some more time at home, and I’ve actually been complaining for the last two years that I wished I had more time at home. I’ve turned into a TikTok dad, and I’ve been doing a lot of those lately!”

The time at home has also allowed the producer to recharge and tap into his creative element even more. Sometimes when we’re on the move, we have very little time to reflect. In his storied career, Zaytoven has worked with many legends, and anytime he works with Future, it’s one for the books.

Working with Future is mindblowing. I’ll go into the studio and I’ll be sitting there like man I need some popcorn! It’s really mind-blowing and gives you chills. He can rap to any beat—it’s an experience for sure.

That same creative process can be said for Zaytoven. One of the more unique things about his career is that he’s gotten a chance to work on full projects with artists as opposed to just a couple songs here and there. That means months of work (sort of like filming a movie), and even some surprises. On many occasions, the beats considered to be “throwaways” are actually the ones that have been the most successful.

“You know it’s crazy because I could make a beat and love it, and the artist will just skip it. Sometimes it’s the ones that I thought were ‘just okay’ that they [the artist] ends up liking more. With certain projects, you definitely get a different sound—a certain mood. You know people may not always be in the mood to hear an album with 10 different producers and 15 features. When I do projects like with Future, Usher, and Gucci, we’re really locked into a certain sound.”

Speaking of locked in, Zaytoven and Young Scooter are currently putting the finishing touches on ZAYSTREET.

“You know Young Scooter has that real authentic street sound. There’s no ‘industry sound,’ no commercialism. None of that. It’s all street.”

As Zaytoven rounds out the year, he had some advice for other producers looking to follow in his footsteps.

“I always try to tell people to find a sound and find an identity. A lot of people are making beats that they have heard before. Be unique, and for me, it was having an artist. I established my sound working with Gucci. That’s how I was able to establish myself. So try to find an artist that you have chemistry with.”

Zaytoven has definitely proven that as long as you stay true to yourself and your sound, you’ll definitely do well for yourself.