When you were much younger, did you drive your parents crazy for a McDonalds Happy Meal? Are you still getting Happy Meals? If you’re like me, you were always asking for them when your parents drove you places. Either way, this is a great time to look back at the 17 Most Valuable Happy Meal toys of all time! Let’s see if you owned or still own any of these Happy Meal Grails. 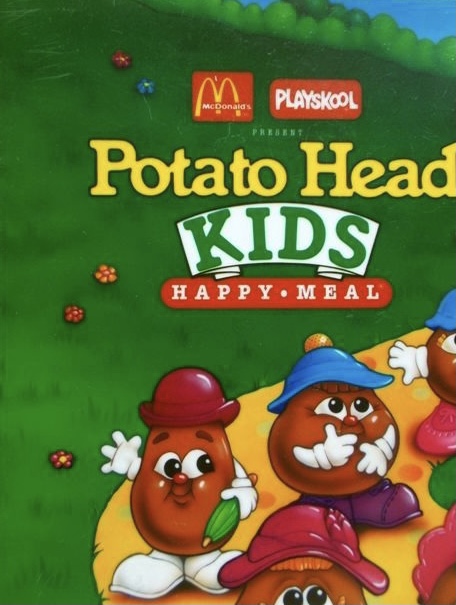 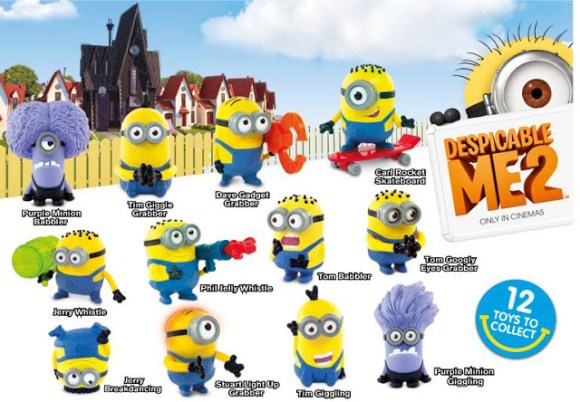 Despicable Me Minions took over the Happy Meal craze in 2013. The toys were made available at the same time as the movie release, which ended up the 2nd highest-grossing animated movie at the time. The Minions came in a set of 8, and recent sales are around $35.00. 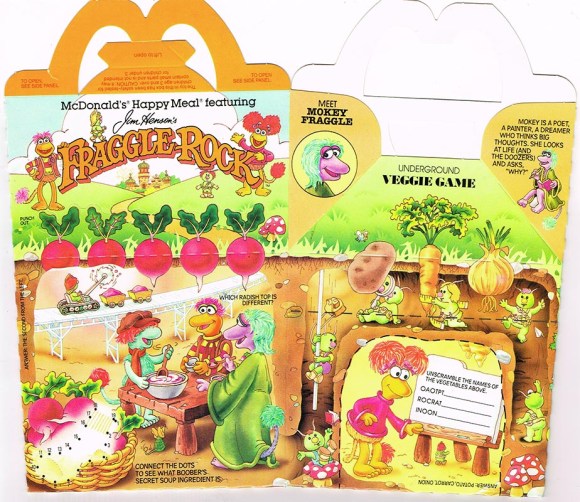 Fraggle Rock was a part of the Muppet Universe and was immensely popular in the late 1980s. Surprisingly, you can complete this set on eBay for less than $60.00. 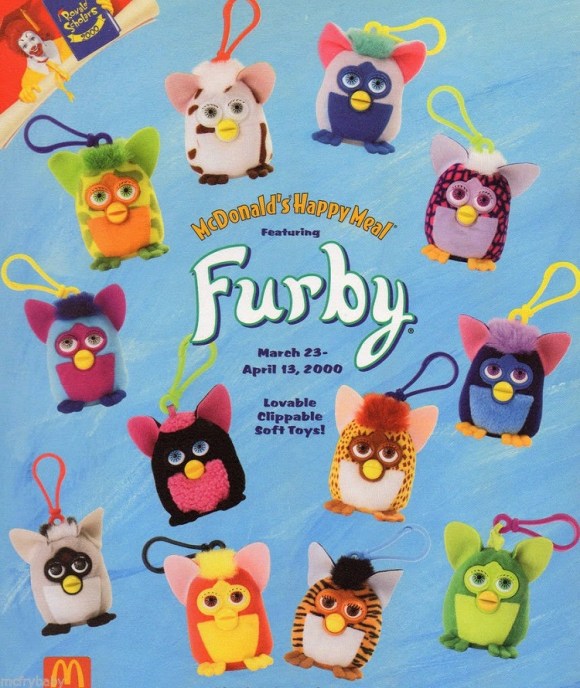 Furby! The 1998 toy line was a massive success that led to two separate McDonald’s Happy Meal toy lines. The 2nd Furby toy line, the 2000 set of 12 Furby key chains, is the more valuable of the two today. The most recent complete sealed set sold was for $69.00. 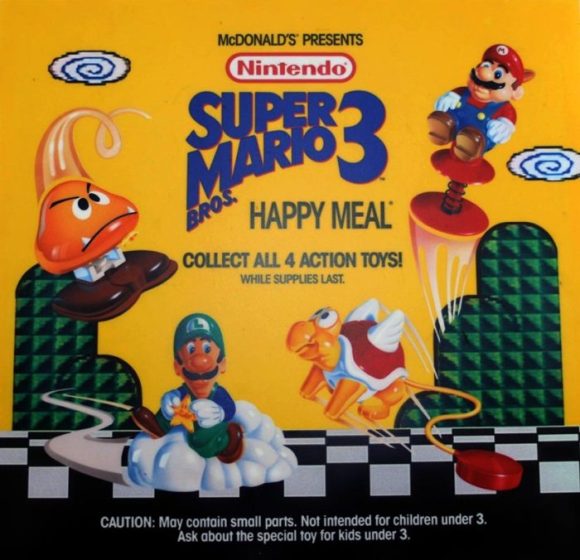 The most popular video game character had to make his way to Happy Meals, right? Absolutely! Super Mario made his first appearance in 1990 as a set of 4, including Luigi, Little Goomba & Koopa Paratroopa. The most recent set sold was in April for $69.95. There are still complete sets available near that price. 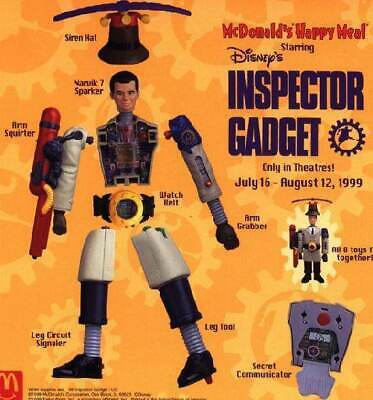 The Inspector Gadget set is unique. This is the first set on the list that is built into one character. You would have to have all 8 pieces to make the full Inspector Gadget, which is currently available around $50.00-$70.00 on eBay. 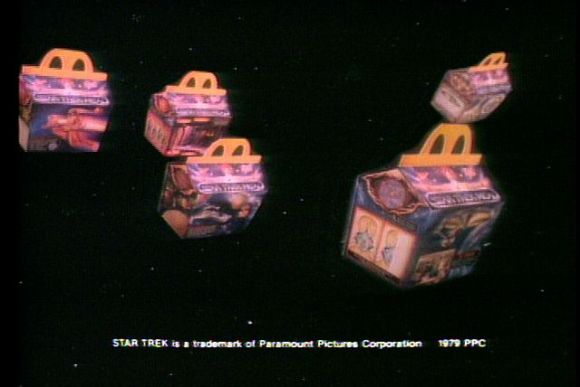 This is certainly one of the more unique Happy Meal promotions. There were 5 custom Happy Meal boxes for Star Trek, which included games & comics for the Movie. One of the notable scenes on the boxes was the death of 2 crewmembers. Imagine that being on a happy meal box today. 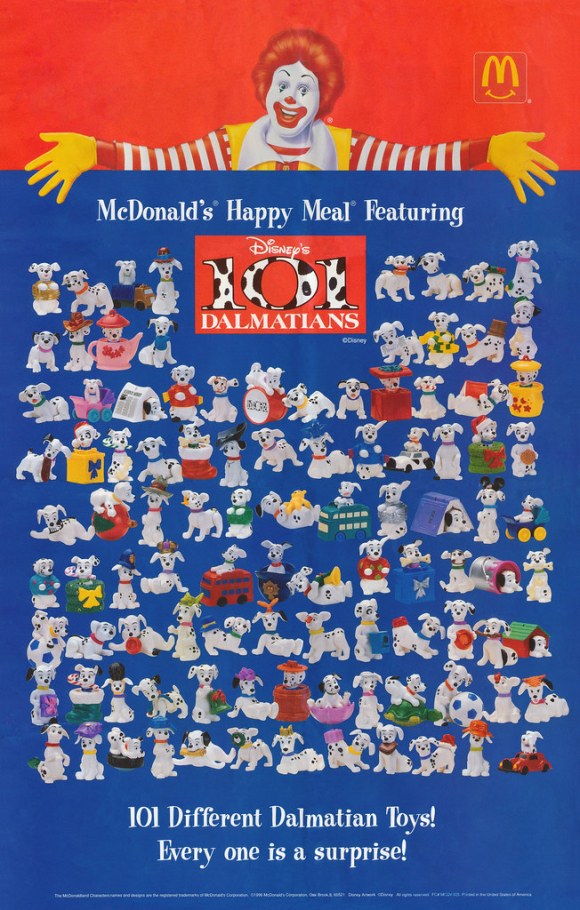 This is probably the coolest set McDonald’s ever released as part of Happy Meals. The 101 Dalmatians were available in happy meals, but there was also the caveat that you could win the whole collection as part of a McDonald’s program that promoted the movie 101 Dalmatians. Recently a complete set with authentication sold for $96.00 at auction on eBay. 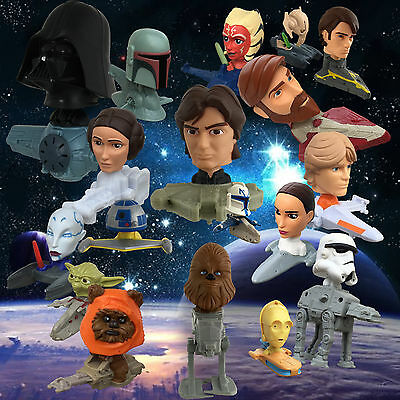 Star Wars finally makes the list! This set is based on the animated Clone Wars show that aired from 2008-09. The Clone Wars complete set of 18 is quite reasonable despite being 13 years old. You can complete the set for under $60.00 if you can find a lot available. There is also a 9 piece collectible box available that recently sold for $135.00 in May. The cardboard boxes that the Happy Meal came in are also desirable, selling for $15.00 recently. 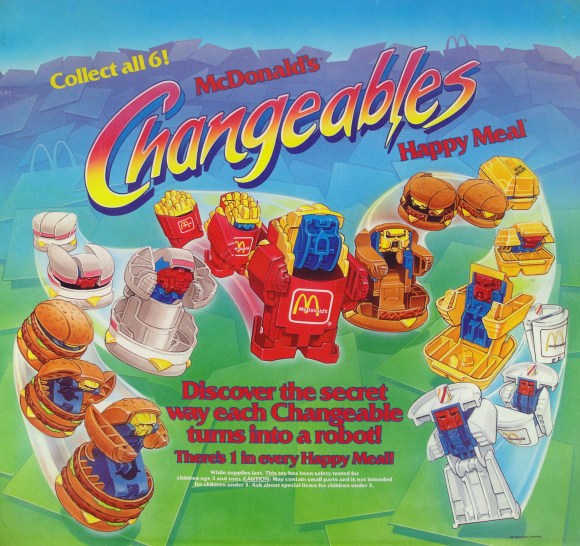 When I mentioned the most valuable Happy Meal Toys, my father immediately picked the Changeables. These toys would change into dinosaurs and robots from items on the menu. Recently a sealed set of 8 Changeables from 1989 sold for $100.00. 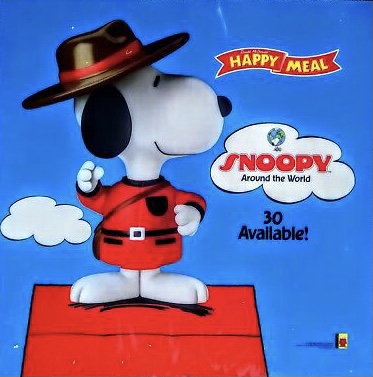 The Snoopy World Tour came with 28 figures and was available as a complete set in a case designed as Snoopy’s house. Each toy represented a different country. The 2nd set of Snoopy toys was also available individually in 1999, and recently 27 sealed copies sold for $52.28. There is one complete set in the case listed currently on eBay for over $350.00. 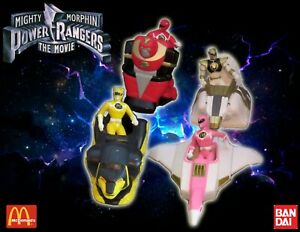 The Power Rangers Mania was real, with demand causing shelves to be empty and families calling Bandai direct demanding toys. The demand wasn’t nearly that great for the Happy Meal toys, but they were popular. I remember having each one and enjoying a lot of happy meals when these were released. Recently a loose set sold for $85.04 in May, while a sealed set is valued at over $350.00. 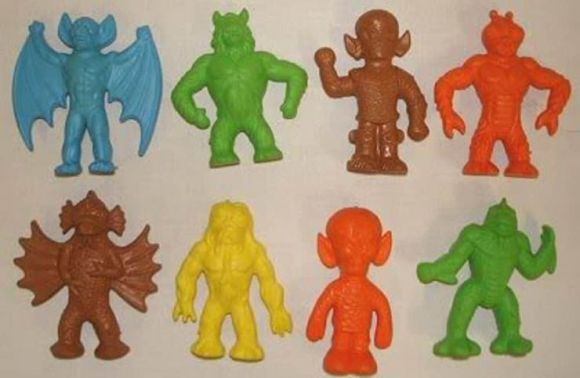 The first two sets of toys made available in Happy Meals were from Diener Keshi. Both were also multi-purposed as toys & erasers. Loose sets fetch over $80.00, and sealed sets, which are very rare, are valued at over $400.00. 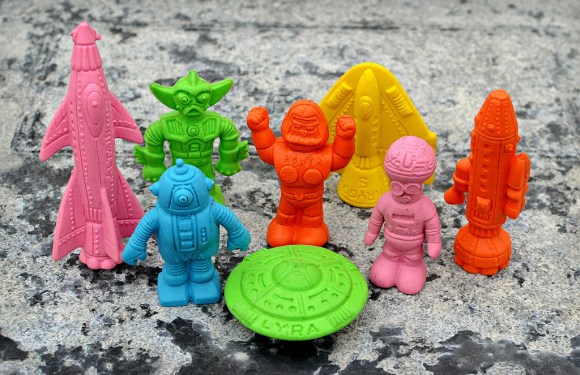 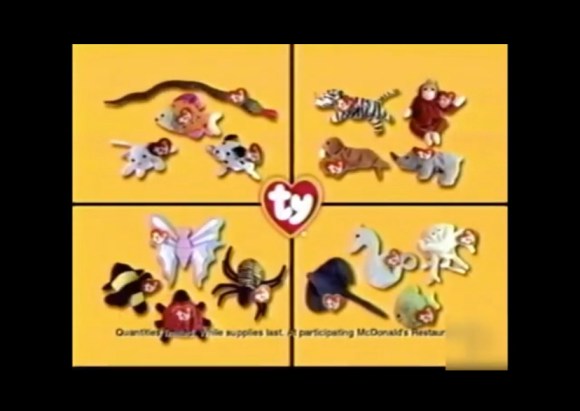 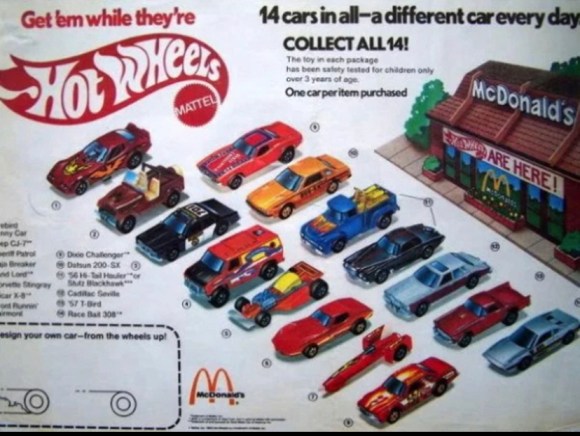 The McDonald’s Hot Wheels are the most underrated of all the toys listed. Sealed vintage hot wheels have been climbing in value steadily, and the 1983 McDonald’s set is no different. A complete 15 car sealed set was recently sold with the original sheet for $875.00 in May. Of all the items on this list, these are likely to be the most valuable moving forward.

To end this countdown, we have to go with the Pokémon 25th Anniversary Packs that were available in the Happy Meals. Why? The craze for packs and cases of packs was ridiculous; people were making offers to store managers and doing their best to buy cases and flip them for insane markups. Simply put, these cards/packs are #1 on the list because the first PSA 10 Graded Holographic Pikachu to be sold went for $17,700.00 on eBay in February.  Four days later, one sold for $910.00. Talk about the fastest Pokémon card depreciation ever? Regardless, this card alone is worth over $200.00 if graded a pristine PSA 10 today, which is more than any other single item on this list. Over 42 years, McDonald’s has included toys in Happy Meals, and yet their greatest individual ‘toy’ in value is a Pikachu Card that’s not even a year old. Considering it’s a part of a set of cards, there’s no doubt that the 2021 Pokémon Cards are #1 on the Most Valuable Happy Meal toy list.