The Hip-Hop industry was gifted with the emergence of a lyrical genius during the 1990s; a man who goes by the name of Nasir Jones, aka, “Nas”. Nas was one of many hip-hop legends whose careers began in the 90s, but the Queensbridge native was truly one of a kind. He began his career by dropping one of the greatest albums of all time, Illmatic, and hasn’t slowed down since. 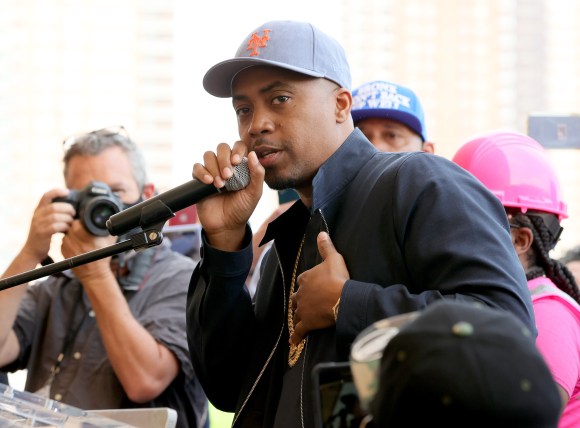 Nas is already recognized as a hip-hop legend for his countless albums and hit singles, some of which are highlighted by his first full-length album, the aforementioned Illmatic. His albums It was Written and Stillmatic each hit #1 on the R&B charts during 1996 and 2001.

It Was Written featured the likes of Lauryn Hill, Mobb Deep, Dr. Dre, and Foxy Brown, which epitomizes the rapper’s knack for collaboration with other elite artists. Major crossover singles including “Nas Is Coming” and “If I Ruled the World” helped that album go double platinum during the mid-1990s.

In addition to being one of the greatest artists of all time, Nas is also widely renowned for his business acumen. The legendary rapper is now adding to his list of entrepreneurial accomplishments.

Today, premium Nicaraguan cigar maker Escobar Cigars is announcing an exciting new partnership with Nas, who will serve as the brand’s co-owner and equity partner. ​​

Nas is thrilled to combine his passion for cigars by partnering with Escobar and helping to take them to the next level with its redesigned website and updated product packaging, making it the ultimate cigar smoking experience. As Nas states in his song, Nas Is Good on his newly released fourteenth album Kings Disease II, “It’s Escobar season.”

If you are wondering how to get in on the action of trying out Escobar, you can check out their natural & Maduro sampler boxes priced at $67.25.

We got the opportunity to ask Nas about this deal and what it means to him, and here’s what he had to say:

“When the team at Escobar Cigars initially approached me, I was immediately drawn to the brand by the exceptional quality of their product, from the craftsmanship to the enjoyable smoking experience. Of course, the name instantly stood out to me as well since Escobar is an alias I’ve been going by throughout my career. It was full circle to hear that the name was inspired partially by my persona and entrepreneurial spirit, so a match was made in heaven. Working with the team has been a great experience, and I’m looking forward to innovating the cigar space and adding my personal touch to the brand.”

Be on the lookout for the latest updates from Nas and Escobar.

Jimmy Butler Is Partnering With Rhone to Elevate Your Lifestyle and Performance
Amex and NTWRK Partner with Rhiugi Villasenor, Telsha Anderson and Melody Ehsani
WAX Partners with Christina Jansen For A New Muhammad Ali NFT Collection