A commonly held belief in the hobby is that playoff appearances can boost the value of a player’s card, especially if that player performs in the national spotlight. This assumption has been up for debate lately as certain pockets of the card market have lost a bit of momentum.

In this article, we’ll take a look at players from the four remaining NBA teams in contention for a championship to evaluate if their spotlight is affecting card prices. 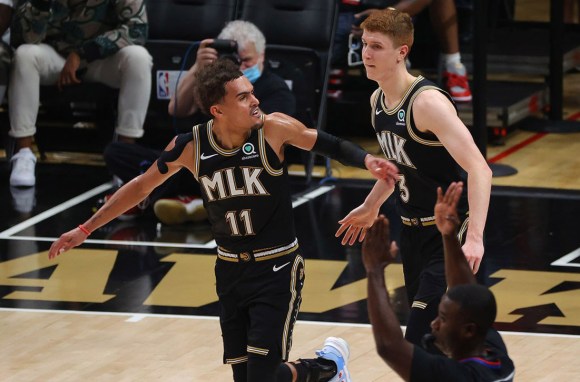 The Atlanta Hawks have become a fan-favorite underdog team after beating the #1 seeded Philadelphia 76ers in game 7 of their series.

The 22-year-old emerging star Kevin Huerter is first up for our analysis, because he broke out in Game 7 and scored 27 points to help the Hawks eliminate the 76ers.

Huerter’s Prizm Silver PSA 10 is a pop 268, which, relatively speaking, is significantly less than his counterpart Trae Young (pop 2,070).

This is an indication that Huerter was less known and less collectable than Young. Not as many people thought it was worth submitting this card for grading. 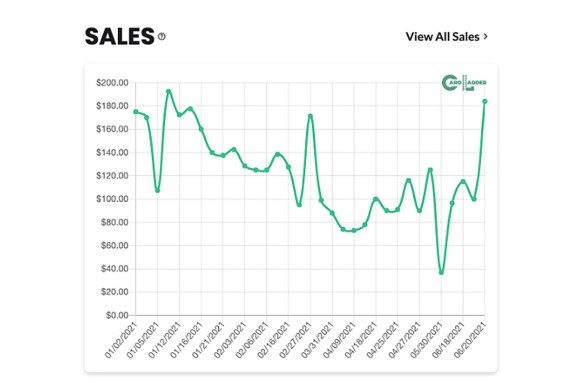 In a similar time period, his base Prizm PSA 10 increased by 134% with the last sale at $58.67. These aren’t earth-shattering prices we were accustomed to seeing earlier this year, but after a strong performance, Huerter’s cards have increased significantly.

In just a week’s time, his National Treasures Rookie Patch Auto /99 increased by 145%: 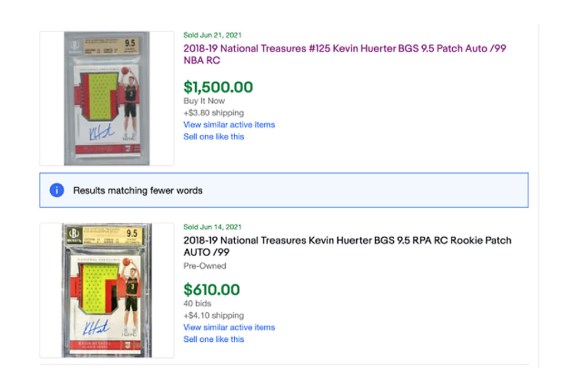 Huerter is a great example of a player whose prices became extremely affordable with him relatively unknown and out of the spotlight, but how does it compare to a more established player like Trae Young? 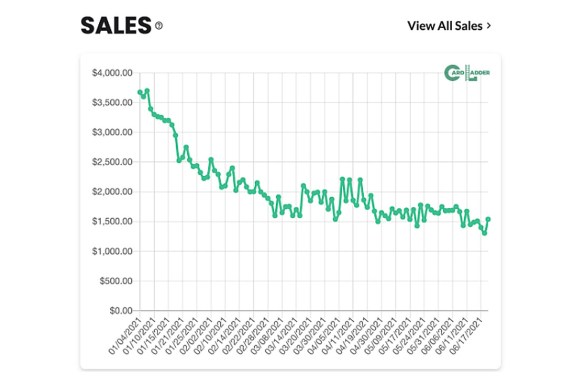 The card gained 17% in value, increasing by $233 since the latest sale. In terms of absolute value, the return on Young’s Prizm Silver was $86 more than Huerter’s, but required a much higher initial investment.

A lesson here is that a player like Trae Young may have a “built-in” value, meaning that buyers were purchasing at prices that assumed a playoff appearance and future championships. In this case, players like Huerter can be an attractive opportunity at low prices, but in the long run, sustained success is likely needed to maintain prices. 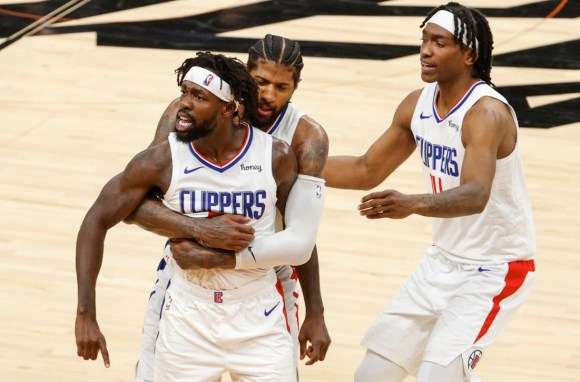 Terance Mann had a break-out game 7 to help the Clippers advance to the Western Conference finals, and his card prices followed suit: 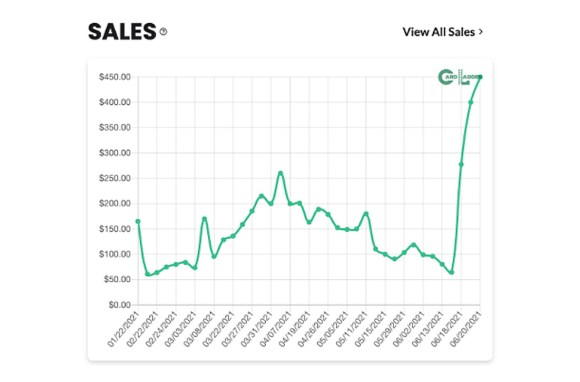 Despite Kawhi Leonard’s injury and absence from the series, other players have seen increases as well.

Paul George, an established veteran who scored 34 points in the series opening loss against the Suns, saw an increase in his 2010 Donruss PSA 10: 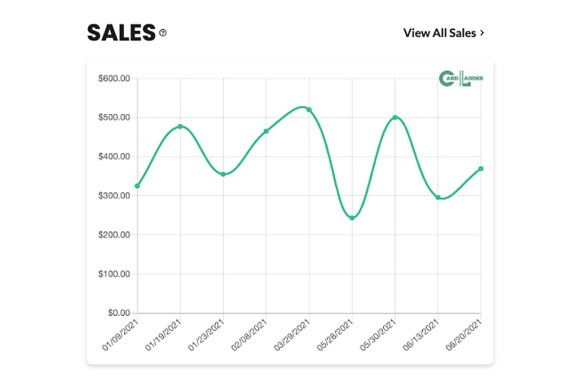 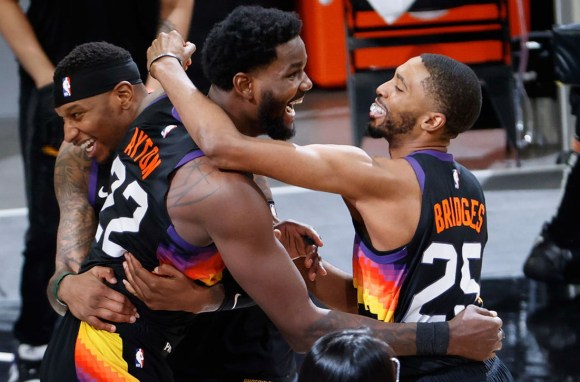 Devin Booker and the Phoenix Suns have a promising chance to reach the NBA Finals, and while Booker’s card prices haven’t reached their previous highs, they are trending upward. 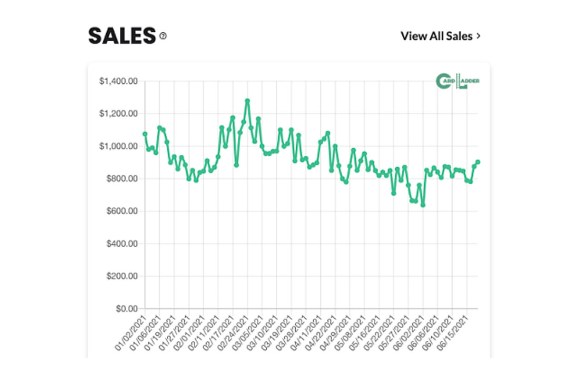 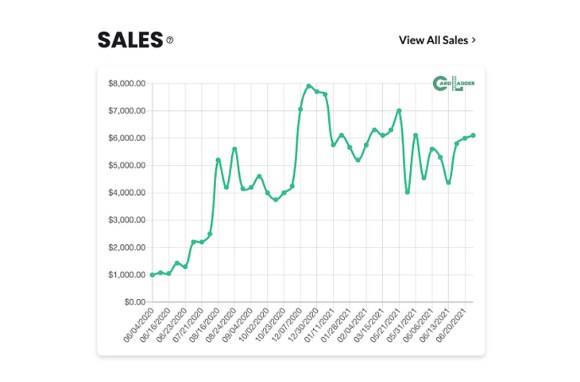 The Prizm Silver PSA 10 hit a peak price in December when it sold for $7,901 and has been down 22% since, but is gaining momentum with the playoff exposure.

Ayton’s Prizm Silver PSA 10 has actually gone down slightly in value and is currently worth $253.50: 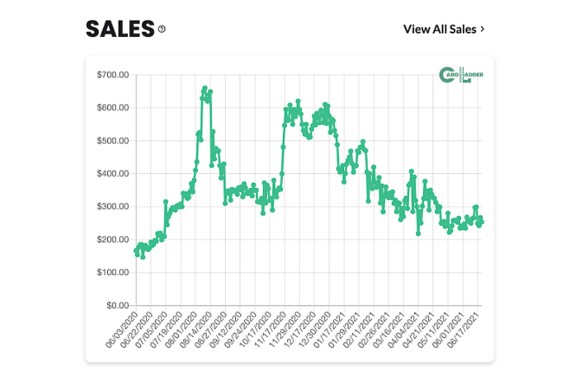 Booker is clearly the face of the Suns, and despite Ayton being the #2 scorer, there’s not as much movement across his cards. To explain this slight dip is only speculation at this point, but we can interpret this a few ways:

This isn’t to say Kevin Huerter and Terance Mann are better buys than Ayton, but it shows us that a player’s cards may grow at different rates despite similar performances based on other factors like historical price, position, and population. 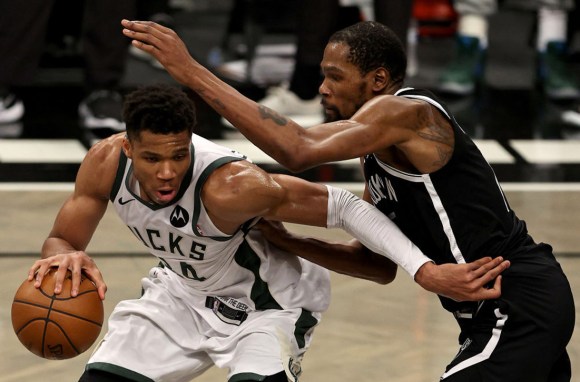 The Bucks will face the Hawks in the Eastern Conference finals, and despite back-to-back MVP awards, Giannis Antetenkoumpo has yet to reach an NBA championship. 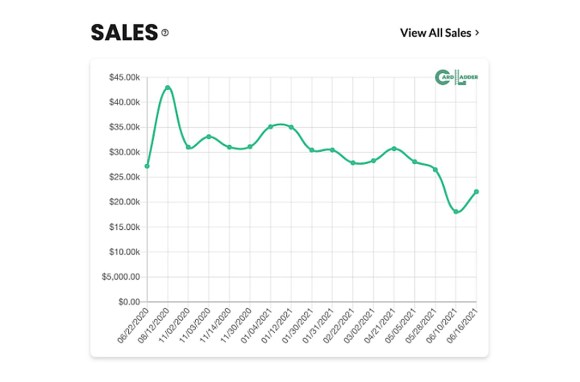 Antetokounmpo’s Base Prizm PSA 10 is currently valued at $1,681.38. The card has lost 76.9% of it’s value since it peaked in August of 2020 and even though the Bucks have reached the Eastern Conference finals, the card hasn’t adjusted much in value.

Despite the falling values of the Base Prizm, the increase of his Silver Prizm is in stark contrast to Kevin Durant’s Topps Chrome Refractor PSA 10.

The  Brooklyn Nets fell to the Bucks in overtime in Game 7. Even though Durant played a full 53 minutes and scored 49 points, his rookie refractor continues to decline in value: 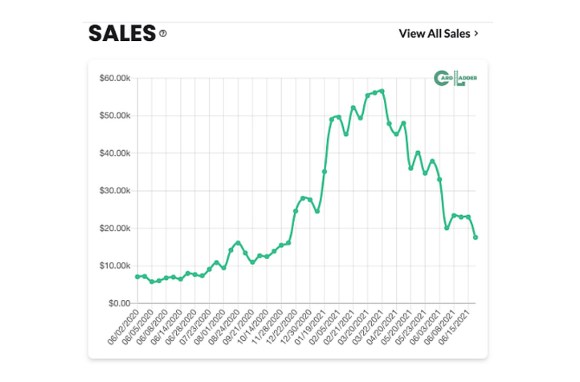 The card is currently valued at $17,600, a 68.8% decline in value since its peak. It was gradually declining in price since the record sale, but lost 23.5% of its value after the Game 7 loss.

Ben Simmons’ Silver Prizm PSA 10 also declined by 23% after the 76ers Game 7 loss to the Hawks.

Tying it All Together 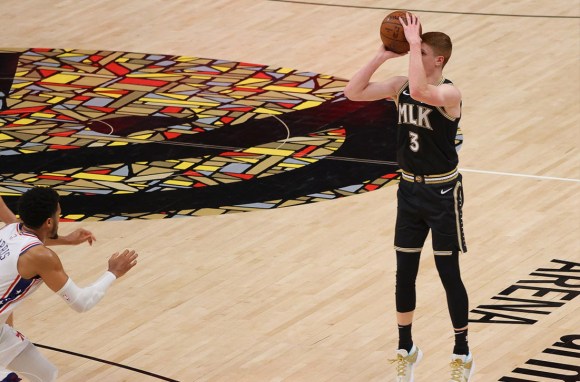 It’s pretty clear that the NBA Playoffs and performances have impacted the prices of cards. It’s highly unlikely that Kevin Huerter’s cards would have increased in value had the Hawks not made a run in the playoffs, nor would players like Terance Mann see their Prizm Silver suddenly increase by a few hundred dollars.

It’s important to remember that prices can go both ways, as we’ve seen examples of cards that have both increased and decreased.

Playoffs may also influence shorter-term price fluctuations rather than long-term trends for certain players. For others, it may help create and cement their legacy, affecting prices in the longer term.