When it comes to identifying and recognizing the key rookie cards of a modern NBA player, Prizm Gold is almost always in the conversation. Prizm Gold variations are numbered to just 10 copies in a set, and while there are a few other variations with shorter print, they are very rare, popular, and command significant price tags for the top rookies of a class.

In this analysis, we’ll look at Prizm Gold sales of top NBA players over the past few months. Many of these sales occurred on the Goldin Auctions platform, which caters to a higher-end audience that is seeking these types of rare cards. 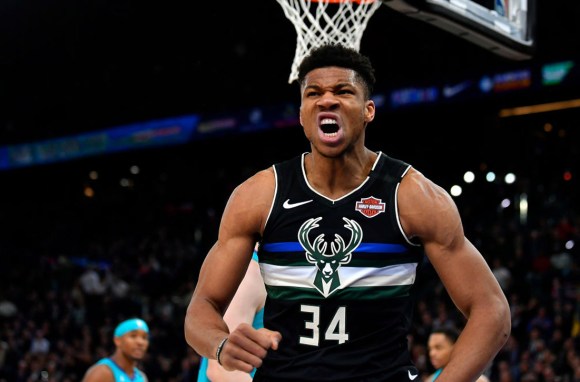 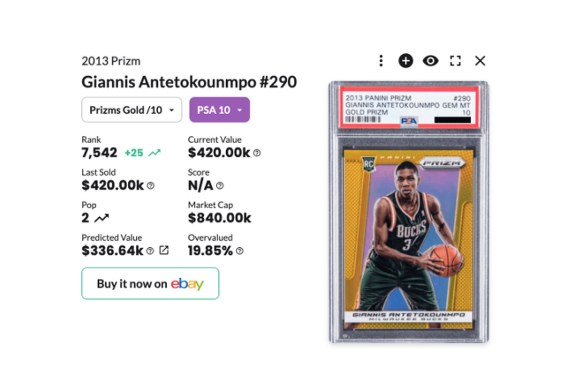 Giannis most notably won back-to-back MVP awards, but he does not have a championship ring. He is, however, the 27th ranked all-time NBA player according to ESPN.

His Gold rookie parallel sold for 15.85x of the most comparable Prizm Silver PSA sale: 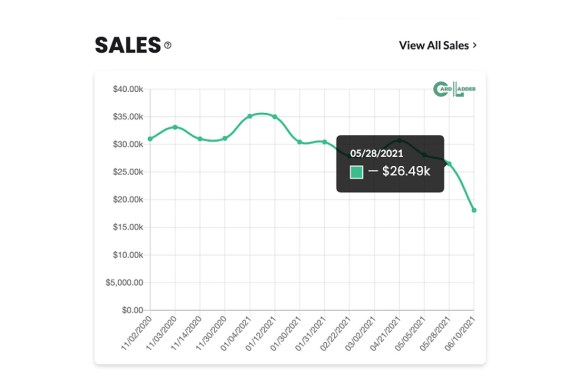 The Prizm Silver is about 37 times less rare in pure population comparison, which provides some context for the significant price difference in two key rookie cards of a rising star. 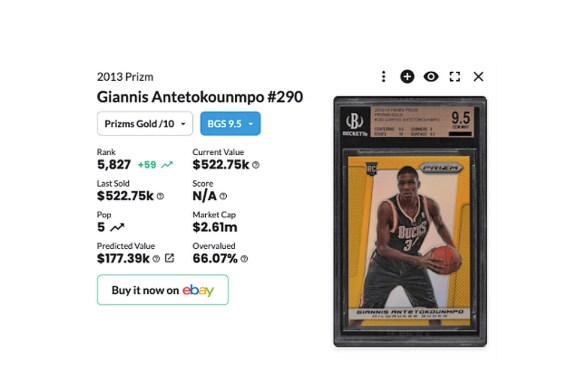 This represents a 17% drop, and it’s even more significant considering that a PSA 10 typically commands a premium over BGS 9.5s.

And in October of 2019, the Giannis Gold Prizm BGS 9.5 sold for $33,800, which is significantly less than what it would trade for in today’s market. 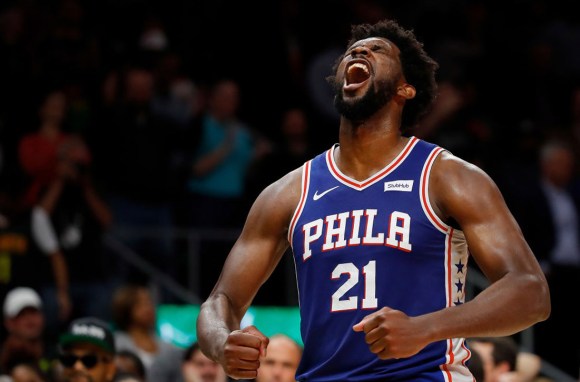 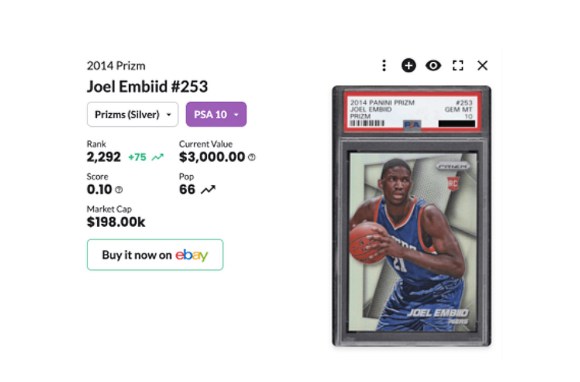 The Prizm Silver PSA is valued at 16.8x less than its Prizm Gold counterpart. This multiplier is within the same ballpark as Giannis, which helps us start to understand the price relationship between Prizm Silver and Prizm Gold. 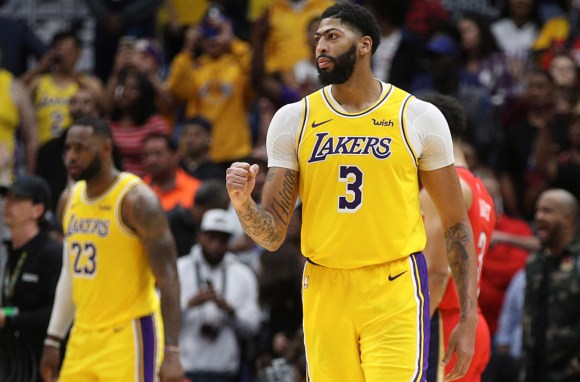 Davis was ranked the 45th best NBA player of all-time according to ESPN. 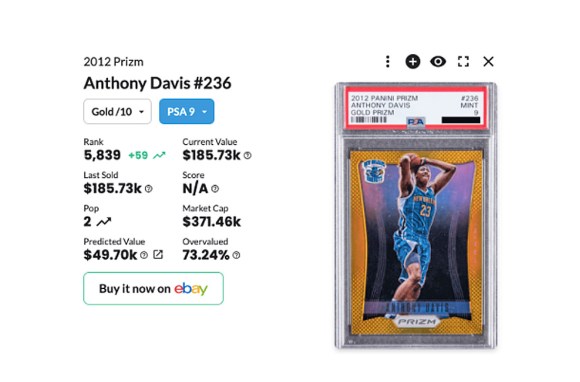 In March, Anthony Davis’ Silver Prizm PSA 10 sold for $24,000, which means the Gold variation was sold at a multiplier of 7.55x. While this is about half the multiplier as Embiid and Antetokounmpo, it’s likely due to the fact that there are no PSA 10 copies of this card.

Davis’ Silver Prizm PSA 10 last sold for $8,600, a 64% decrease in value, so it’s likely a sale of the Gold Prizm today would sell for significantly less. 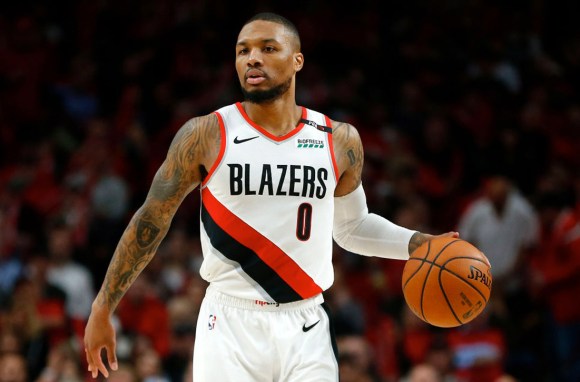 Lillard’s currently ranked the 72nd best player of all-time according to ESPN. 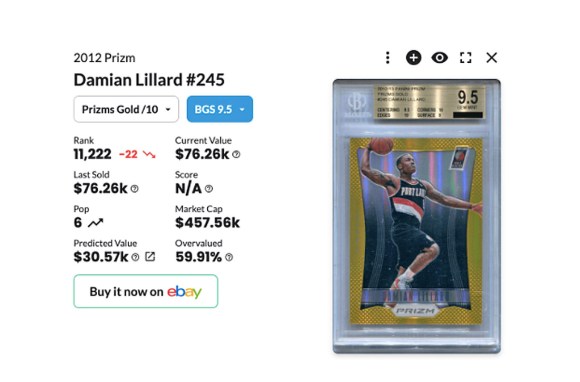 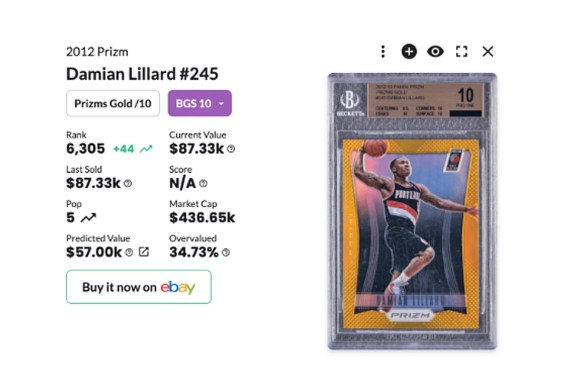 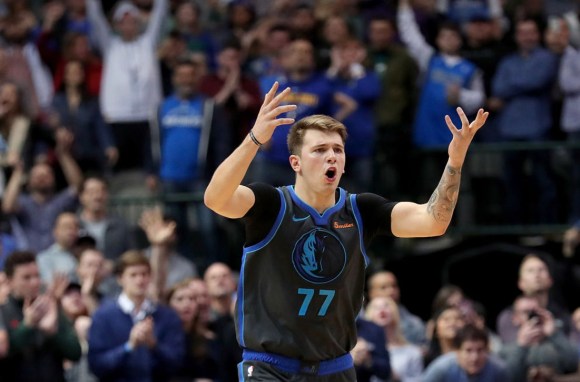 Doncic was ranked the #1 NBA Player under the age of 25 by ESPN two years in a row. 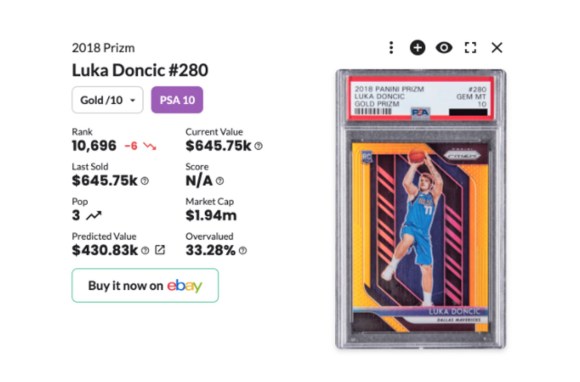 On January 31st 2021, Doncic’s Prizm Silver sold for $8,120.71. In this case, the Prizm Gold sold for 96x of the Prizm Silver counterpart, likely due to a higher population of silver Prizms.

In the last month alone, there have been 20 new copies of the Prizm Silver graded in a PSA 10 copy. 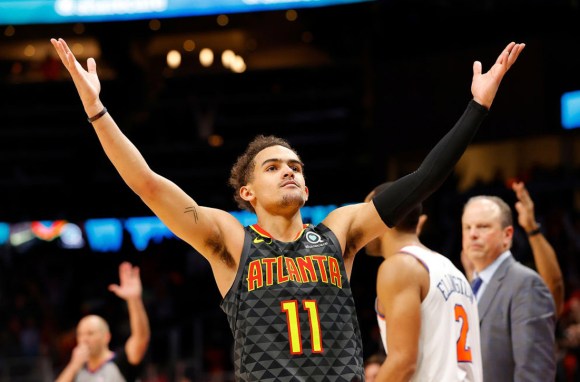 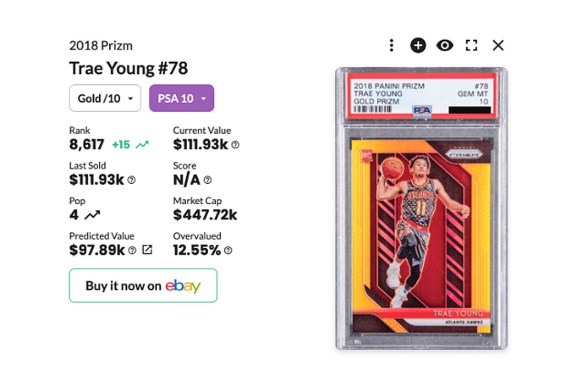 The Prizm Silver PSA 10 has a population of 2,061 with 36 new PSA 10 copies issued in the past month. The Gold Prizm is 515 times more rare than the Silver, which is less rare than Doncic’s Prizm Gold and may clue us into why the Gold didn’t sell at a similar multiplier. 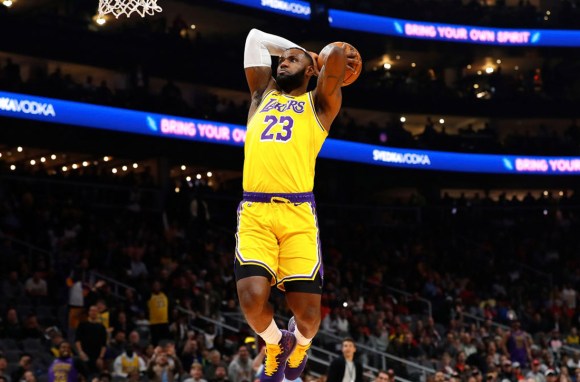 While this isn’t a rookie card, 2012 Prizm was the first year the product was introduced for NBA players and carries some historical significance in the hobby. 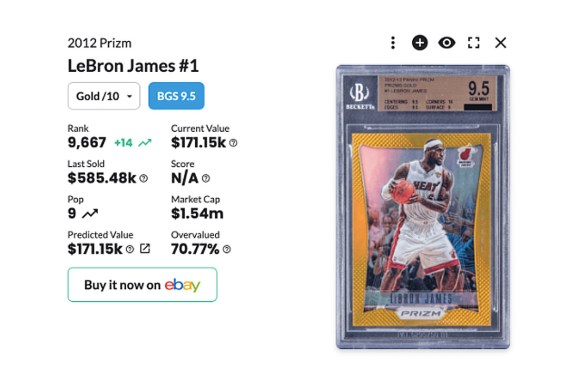 That means that the non-rookie, non-PSA 10, Gold Refractor sold for 3.86x the value of a PSA 10 rookie refractor in the same time period.

At the current predicted value of the 2012 Prizm Gold BGS 9.5, the card is still worth 1.8x of it’s Topps Chrome rookie refractor counterpart.