Now that Marvel’s record-breaking Endgame has drawn the Infinity Saga to a close and Spider-Man’s place in the Marvel Cinematic Universe has finally been reaffirmed, we’re in for a bit of a wait until the next Marvel movie—so why not check out the wealth of superhero content on Netflix?

Whether you’re looking to tide yourself over until Phase Four begins (instead of just rewatching all 22 of the MCU movies in this order) or just want to spend more time in this world ahead of the numerous new TV series coming to Disney+, there’s no better time to dig into Marvel’s Netflix shows. Five shows plus a crossover event is a huge commitment, so this guide will let you know which entries are essential and which you can skip. Here’s our handy-dandy “Netflix Marvel Series Order to Watch.”

Oops! Sony in 1998: ‘Nobody Gives a Sh*t’ About Marvel Characters Except for Spider-Man
Diversity in the MCU: Marvel’s Evolution from 2008 to the Upcoming Phase Four
Marvel’s ‘The Eternals’ Explained: Who Are All the Characters in This MCU Movie?
1. ‘Daredevil’ // Season 1

The first season of Daredevil had to keep lots of plates spinning. Not only did it need to lay the groundwork for the New York-based mythology of Netflix’s new slate of street-level hero shows, but it also had the task of reintroducing the character of Matt Murdock following the cringeworthy Ben Affleck movie. Fortunately, Charlie Cox was perfectly cast as the blind lawyer whose other senses become supernaturally heightened, allowing him to fight the criminals who he can’t beat in the courtroom. In fact, the casting on this show was pitch-perfect across the board. It gave us the first appearance of Rosario Dawson as Claire Temple, the nurse who goes on to play a pivotal role in each series.

When we first meet Jessica Jones (played with brittle swagger by the superb Krysten Ritter), she has rejected the superhero gig in favor of a quiet, slightly seedy life as a private eye. She drinks to forget the terrible things she’s seen and done, and the only semi-functional relationship in her life is with her best friend and foster sister Trish. When a figure from Jessica’s past reappears, she has to choose between running or finally facing her demons. The first season of this super-noir won a Peabody Award, and it can be lifted out of Marvel’s Netflix canon almost entirely. It might include the introduction of Luke Cage, but it also tells a compelling, satisfyingly self-contained story that resonates even more in the wake of #MeToo than it did when it first aired in 2015. 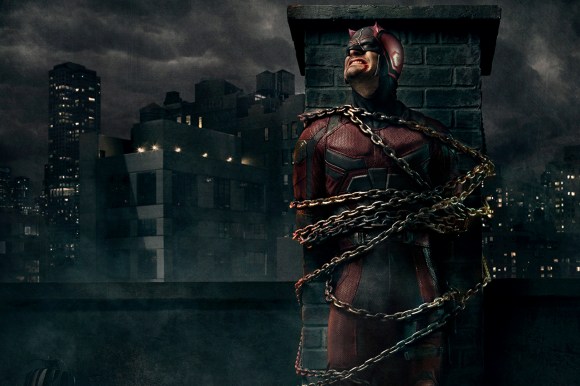 The second season of Daredevil built on the mythology that would soon start to work its way into the other Netflix shows, specifically regarding the secretive cabal known as The Hand. It also introduced two beloved figures from the comics: Elektra (Elodie Yung, who will play an important role in The Defenders) and Frank Castle (Jon Bernthal, who will go on to get his own show, The Punisher). More so than the first season, this season felt like a transitional chapter, setting up the wider world and ending on a cliffhanger.

The first of Marvel’s Netflix shows to leave Hell’s Kitchen, Luke Cage transplanted the action to Harlem and infused every episode with musical and stylistic homages to Black culture. Luke Cage wasn’t about lip service—much of this first season took place in a barbershop and a jazz club, and the significance of a bullet-proof Black man in the age of Black Lives Matter didn’t go unnoticed by fans and critics. This is another rare entry in the Netflix canon that can be watched pretty much by itself. After that backdoor pilot on Jessica Jones, Mike Coulter carries this solo adventure well on his broad shoulders, although the real credit goes to Mahershala Ali and Alfre Woodard, who steal the show as antagonists Cottonmouth and Black Mariah, respectively.

The Hand clenched its fist once again in Iron Fist, which saw the first appearance of white savior Danny Rand (don’t go searching for the many, many think pieces that were published when this show came out), who was orphaned in a plane crash and raised by the monks of K’un-Lun to be a warrior. The connective tissue between the different series became more visible in Iron Fist, with Jeri Hogarth (Carrie Anne Moss) and Claire Temple (Dawson) reprising their roles from Daredevil and Jessica Jones, respectively, but you can pretty much skip this as so much of The Defenders retreads Danny’s story anyway.

After five seasons of adventures, the four heroes finally united in The Defenders to do battle with The Hand, led in this installment by a woefully underused Sigourney Weaver. The storyline involved some kind of diabolical plan by The Hand to dig deep beneath the streets of New York City in search of … something, but the real enjoyment here comes from seeing the characters interact, whether it’s Jessica rolling her eyes at Daredevil, or Luke clashing with Danny despite the audience knowing they’re going to end up working together just like they did in the comics. Once our heroes have saved the city and wrapped up almost every last lingering thread, this is the perfect time to bow out of the Marvel Netflix Universe. If you’re a glutton for “punishment,” however, read on.

See what I did there? OK, so as soon as Jon Bernthal shot his way onto the second season of Daredevil, fans knew he’d be getting his own show that eventually became The Punisher. Not only is he an iconic character from the comics, but he also forged an interesting connection with Karen Page (Deborah Ann Woll). That friendship continued in the first season of this spinoff, with Karen now a reporter aiding Castle in his quest for revenge. 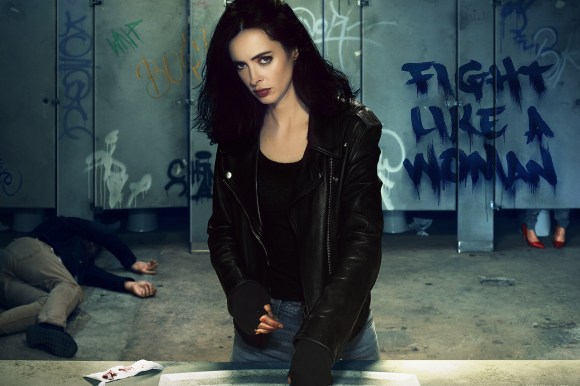 More than any of the other shows, Jessica Jones told self-contained, character-driven stories, which only tangentially intersected with Marvel’s epic mythos. Season 2 finally provided Jessica with an origin story and introduced a fearsome new villain. It also gave us some great material for secondary characters like Jeri and Malcolm. Ultimately though, the drawn-out plot and two-dimensional love interest couldn’t compare to the fraught psychological drama of the first season. If you’re looking for interlocking stories with Easter eggs that point to other shows, look elsewhere; Jessica Jones is on her own from this point. 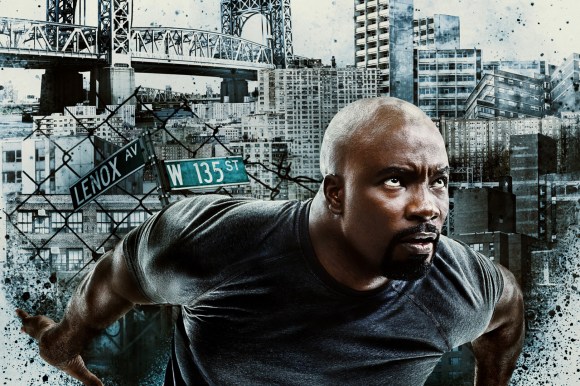 One of the highlights of The Defenders was seeing the secondary characters Colleen Wing (Jessica Henwick) and Misty Knight (Simone Missick) team up, and their scenes together in this next phase of the Netflix universe were among the most satisfying. The crossover between shows actually worked better in Luke Cage Season 2 and Iron Fist Season 2, perhaps because there was less tonal jarring as it only had to combine two franchises, not four, but also because the source comics offered the showrunners a roadmap for how Luke, Iron Fist and the Daughters of the Dragon can work together. 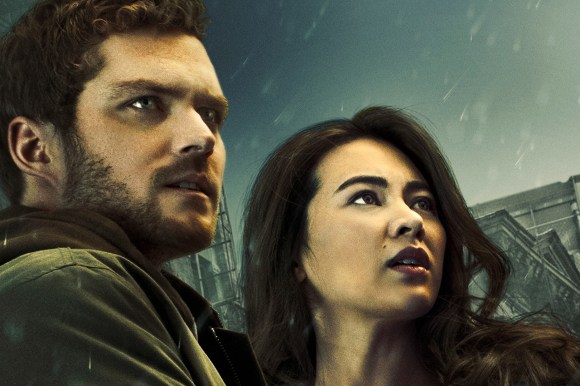 By this point, you’ll be aware that Danny Rand is the least interesting character in Marvel’s Netflix canon. He’s possibly even the least interesting person in his own show. But there’s still plenty to enjoy in this second run; Simone Missick joined the cast as Misty Knight, the scheming Meachum family upped the ante in their feud against the last surviving Rand, and a famous villain from the comics got reintroduced after her appearance in the abysmal 2005 movie Elektra. 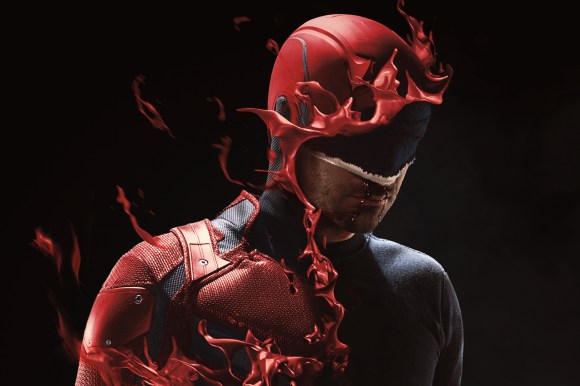 Matt Murdock was presumed dead following the Defenders’ battle against The Hand, but viewers knew that couldn’t be the end of his story. When this third season opened, Daredevil had been nursed back to health by Sister Maggie at the same orphanage where he grew up. Daredevil decided to continue fighting evil in secret, but when his old nemesis Wilson Fisk was released from prison, putting his loved ones in danger, he had to make an even tougher call. Daredevil is the show that started it all, and its final season is also a pretty good point at which to end your epic watch of the Marvel Netflix universe. 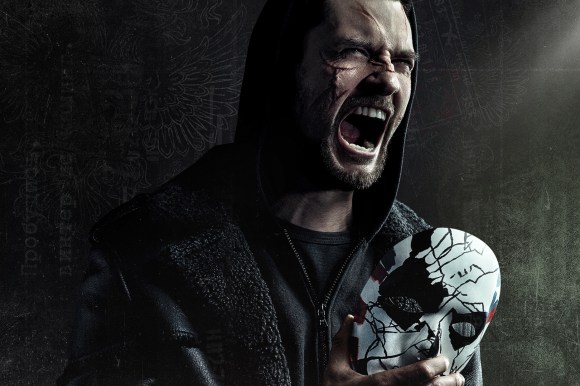 In the second season of The Punisher, Frank Castle finally got the closure he needed, facing off against former-friend-turned-enemy Billy Russo and even getting an unlikely new sidekick in the form of teenage girl Amy Bendix. While The Punisher at times felt like a superfluous addition to Marvel’s Netflix stable, this season, in which Castle’s mission moved beyond simple vengeance to protecting the innocent, was a narratively satisfying end to his arc. 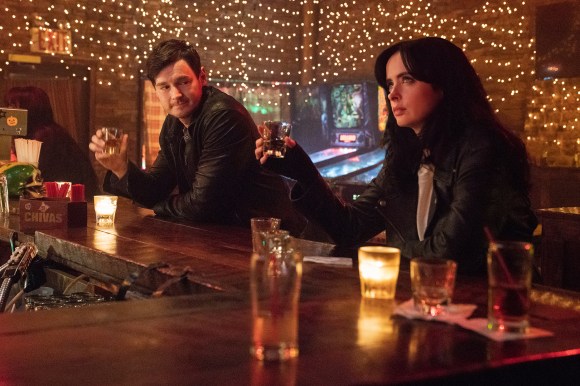 While Krysten Ritter was still in excellent form as the troubled super-detective in the third and final season of Jessica Jones, this season’s central mystery, which revolved around a serial killer, didn’t stack up to her previous adventures. This season also managed to burn down everything good about Jessica Jones—namely, the protagonist’s relationship with her sister Trish, whose desperation to be “special” continued to lead her down a dark path. If you’re a Marvel completist, then you’ll want to watch this final chapter in the Netflix saga. If you’re not, don’t bother.

MCU’s Infinity Saga Order to Watch: Binge Every Marvel Movie Using This Lineup
4 Best Theories About the Future of the MCU After ‘Spider-Man: Far From Home’
The 10 Highest-Grossing Movies of All Time Has a New No. 1