Who knew that someone who strolled around his house in his underwear would care so deeply about the type of coffee grounds he used in his coffee?

Simply based on the topic itself as well as the promotion prior to the series, it became a bit tough to tell if Pam & Tommy would be a poorly-done take on the events or if it was capable of being something more. The series kicks things off at Tommy Lee’s estate, a bountiful Malibu property that’s partially under construction as the bedroom is being completely renovated. The construction staff is helmed by contractor Lonnie (Larry Brown), who works closely with Rand, a carpenter (Seth Rogen).

A laid-back-seeming yet demanding client, Lee wanders around his home—usually in his animal-printed underwear—and yells out various orders to the crew. I mean, they’re very simple demands, after all, like casually moving a built-in, custom wooden bed frame halfway across the room and constructing a massive water bed after the first idea is trashed. When Lee finally decides to fire the crew for no real reason and refuses to pay them, it’s the last straw for Rand, who has attempted to keep up with every last outrageous demand.

After months of excessive planning, Rand breaks into Lee’s home and steals quite a few things to make up for the money he lost. However, he accidentally takes something that ends up being worth more than everything else that he stole: Pamela Anderson and Tommy Lee’s sex tape. At first, he doesn’t know what to do with it, but he eventually decides to hit up his friend, Uncle Miltie (Nick Offerman), a director of pornography, and the two devise a plan to sell the tape.

As for the main two subjects of the series, Lily James fully transforms herself into Anderson, practically unrecognizable in her portrayal of the actress. Sebastian Stan is an unhinged Lee—everything you’d want and expect him to be on the screen. Painted with a façade of angry-looking tattoos and glittered with piercings, everything about him screams the classical villain. Though tattoos are forever, they slowly drift into the background with each episode, revealing that they’re really just a veneer of the real Lee. 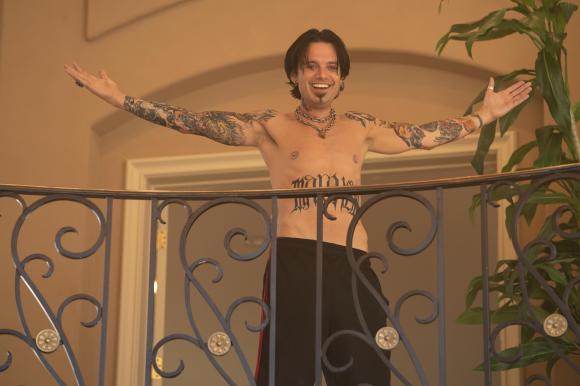 It’s almost too easy to despise Lee after the first episode of the series, as he treats his construction crew like garbage, changing the plans on a dime and refusing to pay them upfront. He flaunts around artfully-engraved firearms that he’ll never actually use and threatens the crew, only to claim that he was “just kidding.”

We don’t get much of a glimpse of Anderson until the second episode, which flashes back to when she met Lee in 1994. In the third episode especially, we see the more heartfelt sides of both characters, most notably in the scenes where Anderson is rehearsing for a monologue on her show, Baywatch. Aware that she isn’t being taken seriously as an actress, she throws herself into preparing for the scene and does an incredible job in her line practice with Lee, who’s astonished by her incredible acting.

On set for her big day, Anderson is handed the script with her monologue completely cut out. Absolutely gutted, she makes a case for its inclusion to the writers and directors, but they claim that the scene is more powerful without her speaking, and she knows exactly why. After hearing about this later on, Lee is crushed for her, but especially angry at the film crew for not taking her more seriously. Taking a word from his book, Anderson kindly demands a shoot of the monologue from the directors and writers, and it seems like she’s able to get it.

In Pam & Tommy, we get to know the characters at the pace that we normally would in real life: first impressions, getting a better sense of things, and then really feeling like we have a handle on who these two are at their hearts. However, this makes things tough when it comes down to being on one side or the other.

Lee was awful to the construction crew and fired them without pay, which makes him fairly deserving of the tape’s release—as the audience, and we want to see some sort of justice for Lonnie and Rand. Once we begin to get to know Anderson and Lee better, it crushes us to see the tape released, especially since Anderson is an innocent victim in the entire scenario. Since the tape is stolen and distributed without their knowing or consent, it’s a situation that’s messed up in and of itself. With that, the audience is at a crossroads, as you can see both sides’ motivations, with Anderson caught in the middle of this feud between two men. 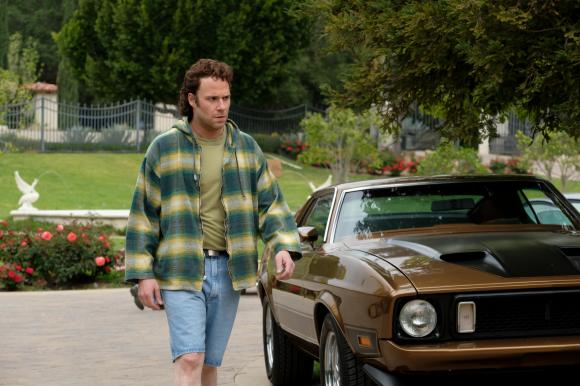 It should be added that the real-life Anderson has some very different feelings about the series, as she hasn’t watched it and doesn’t plan to, given that it was an extremely traumatic part of her life. On the other hand, Tommy Lee has been fairly supportive of the series, though some have argued about whether or not the series should have even been created, given Anderson’s feelings.

Aside from the actual content of the series, it’s clear that the soundtrack was extremely well-thought-out, with songs by Nine Inch Nails, Iggy Pop, and Dusty Springfield. It’s an interesting mix of music, from alternative ’90s rock to more classical tunes like “Make Your Own Kind of Music” by Cass Elliot. The soundtrack mirrors the dual sides of Anderson and Lee, reflecting what’s on the outside of their public exteriors as well as the inside of their softer souls.

As a whole, the series has been a welcome surprise—and not simply because I wasn’t expecting very much going into it. Much of it is due to the casting and performances that are so spot-on that it allows the characters to blend into their surroundings seamlessly and feel more realistic and gritty. In that same sense, the show truly nails the vibe of the decade, which ups the level of the show as a whole. In the coming episodes, it’ll be telling to see how the pair’s emotions morph from newly-married bliss to the hurricane that’s about to rip through their lives.