With all of our recent deep dives into the sports card market, the focus has strictly been on different team sports. For a change of pace, I wanted to go off the beaten path and introduce some of the most collectible cards from individual sports. The best place to find trading cards like these is eBay and many of them are available to bid on right now, so we recommend you hop on these suggestions sooner rather than later.

Most of these cards do not come from traditional products like Panini, Upper Deck, Topps or Fleer and you have to search long and hard to get your hands on some of these rare examples, as they do not come up for sale very often.

Here is our list of some of the most popular cards of iconic athletes all across the sports landscape. 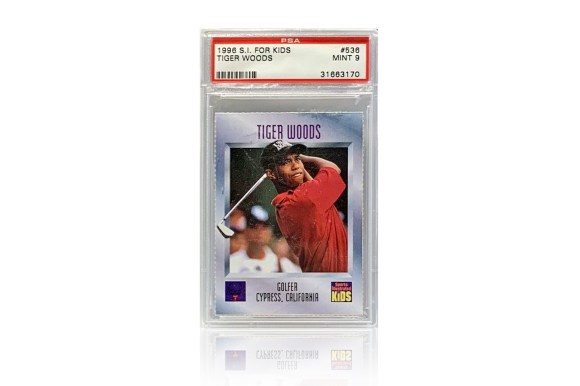 The Sports Illustrated For Kids cards came on an uncut perforated sheet inside of the front cover of the magazine with 8 other cards.Tiger’s page featured players such as Curtis Martin and Jerry Stackhouse. 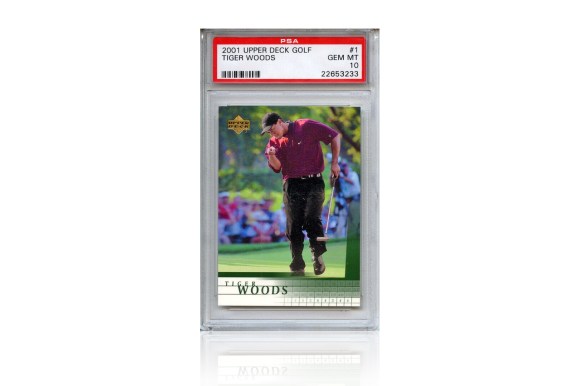 This is the first “official” Tiger Woods card despite debuting years after his Grand Slam Ventures and Sports Illustrated for Kids cards and are relatively affordable. There were many Tiger Woods cards in this set, but #1 is most popular amongst collectors. 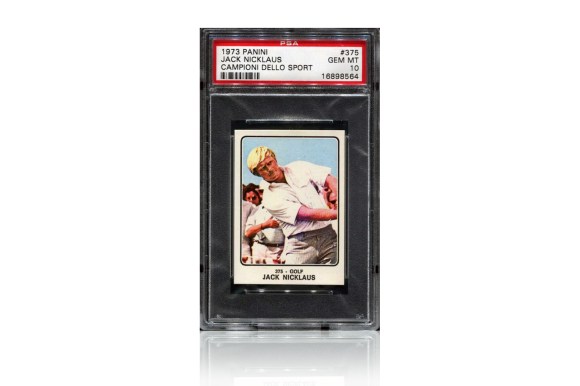 This is actually a sticker and part of a popular set that was only released in Italy. Collectors pay a premium for versions that still have the back intact. 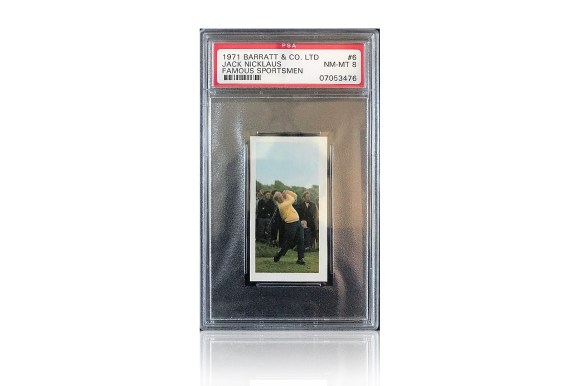 This is the first Jack Nicklaus card ever made, even though it is not considered to be his official “rookie”, and was issued in Britain. 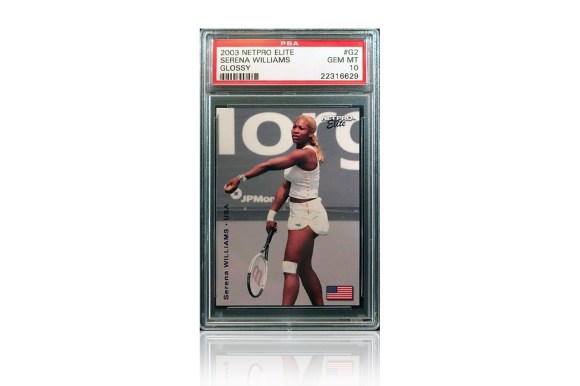 This card was not released with the original Netpro set. It was part of a NetPro Glossy additional release that was limited to 5,000 copies, making it one of the most appealing Serena Williams cards. The non-glossy version is a bit easier to find. 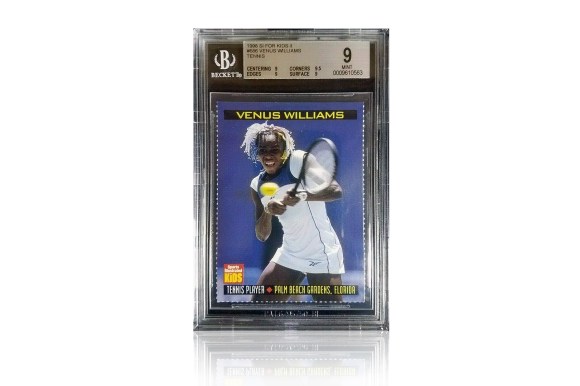 Sports illustrated for Kids was also the first place you were able to find a Venus Williams card, and this is considered her “rookie” amongst collectors, even though she does have a more official rookie card in the 2003 NetPro set. 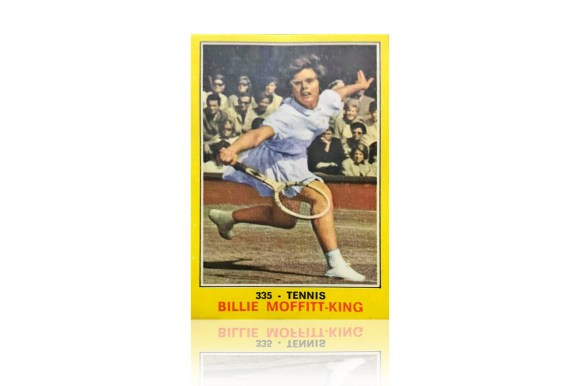 This sticker comes from the same Panini Campioni Dello Sport sticker set (although a different year) as the Jack Nicklaus we previously discussed. It was also released only in Italy, and it is not easy to find one for sale. 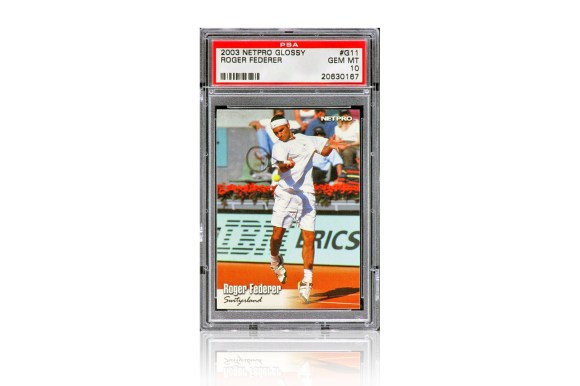 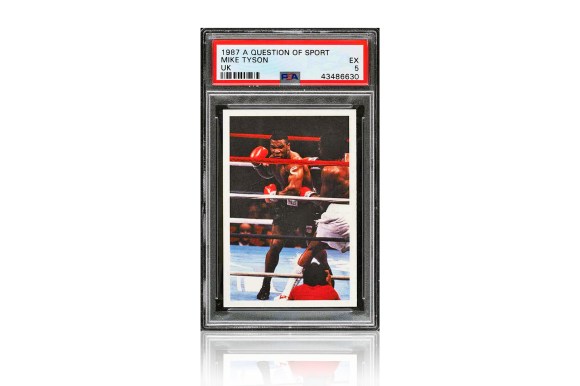 1987 A Question of Sport Mike Tyson

This card was part of a board game that was released in the UK which was based on a popular British sports trivia show. 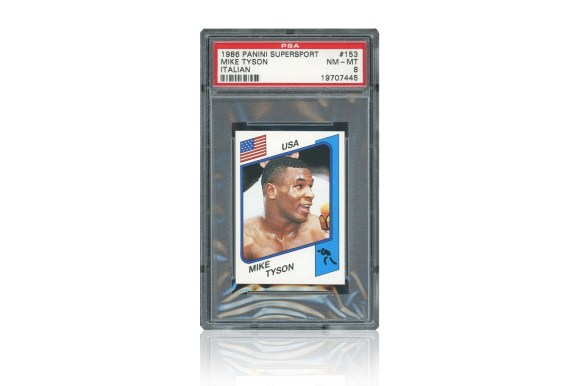 This was Tyson’s first ever “card”, which was actually a sticker that was released in Europe. This card is extremely rare, and few ever come up for sale. 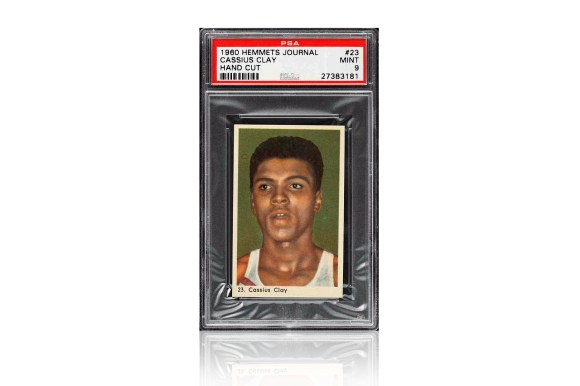 The 1960 Hemmets Journal featured 4 cards of athletes in the 1960 Rome Olympics. These cards were designed to be placed in a binder, but were later hand-cut by collectors. The original card had sprinter Wilma Rudolph on the same card as Clay. 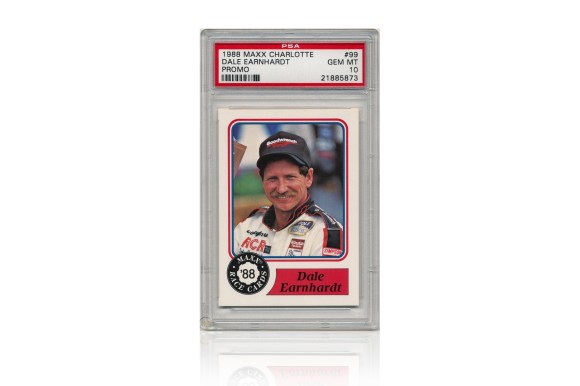 This card was never actually released as Maxx and Earnhardt never were able to strike a deal. However, some copies did show up in the collector’s hands and it is highly sought after. Maxx later officially released limited copies through a redemption card in 1994, and in 1997 Upper Deck released 100 numbered buybacks. 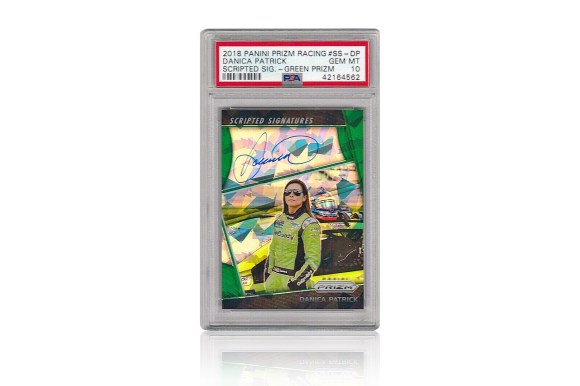 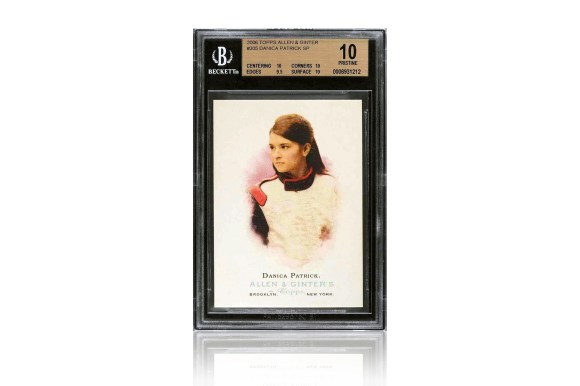 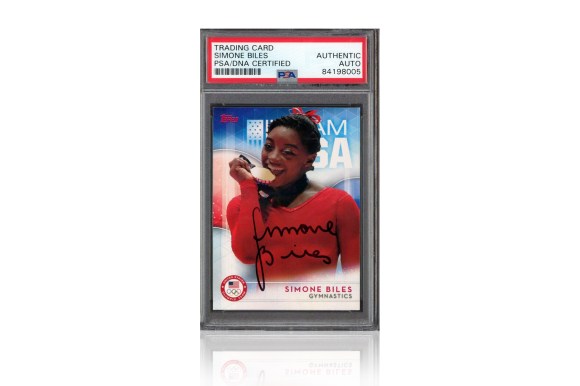 Like many others on this list, the first Simone Biles card was in Sports Illustrated for Kids. This 2016 Topps Team USA set is one of the only other places you can find one of her cards. 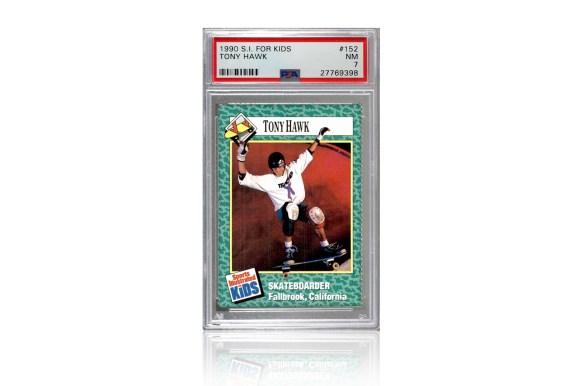 Another athlete whose first trading card came inside of Sports Illustrated for Kids, Tony Hawk is almost equally legendary for his skateboarding as his “Tony Hawk Pro Skater” video games. With the recent release of “Tony Hawk Pro Skater 1 + 2”, the value of this card has been rising. 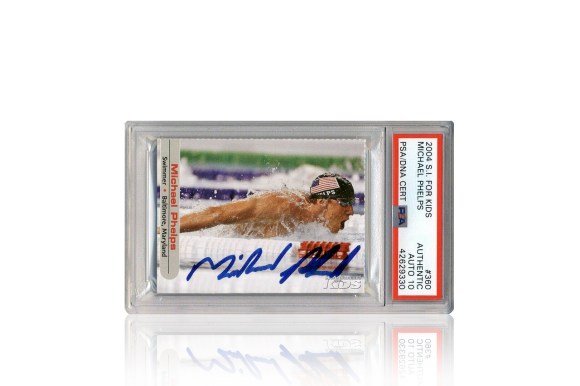 Phelps has actually had an auto card in the 2004 Donruss Football Rookies & Stars set that generated quite a buzz during the Olympics that year. He has since appeared in other sets such as the 2009 Allen & Ginter and the 2012 Topps Olympic set. However, his first card was in SI for Kids, making this his official “rookie” card. 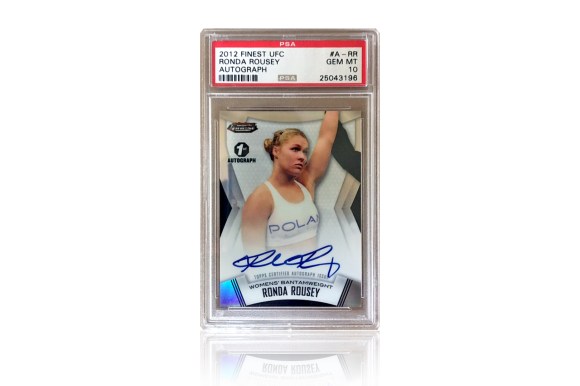 This was Ronda’s official “rookie” and the auto is on-card (not on a sticker placed on the card), which was unique to UFC Bloodlines. There is also a stamp on this card signifying that it was her first autograph. 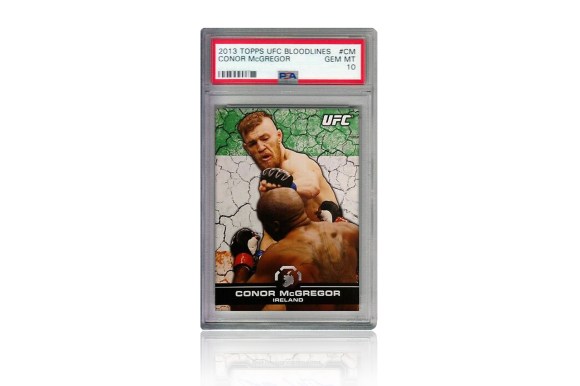 McGregor is easily the biggest draw in the history of the UFC and this was his first card. The “flag” version is very difficult to find and are not cheap.