We’re unsure if we’ll ever look at rats the same way again.

We predicted that Netflix’s hit series Stranger Things would bring on all the action, jaw-dropping special effects, ’80s homages, terror and gore we could handle in the third season⁠—and boy, did it deliver. Nielsen reports that 824,000 U.S. viewers watched the entire third season on July 4, the day it was released, compared with the 361,000 people who completed season 2 on its debut day in 2017. Globally, 18.2 million Netflix users finished the entire third season by July 8 and ended their binge sessions thinking the same thing: “That can’t be the end!”

The show’s creators, Ross and Matt Duffer, and executive producer Shawn Levy kept fans on edge all summer, waiting to confirm a fourth season with the announcement video (below) that came out on September 30.

*Season 3 spoilers ahead, so proceed at your own risk!*

With villainous Russians on the loose, the Byers moving out of town and various WTF cliffhangers (if you missed the post-credits scene, go back now), the opportunities for future plot lines seem wide open, so we’ve compiled these predictions to hold us over until our next ST binge sesh.

1. Hopper MUST Be Alive

The show’s action-packed season finale serves up a psych out that leaves viewers screaming, “Nooooo!!” Before Joyce (Winona Ryder) and Hopper (David Harbour) venture to the treacherous Russian HQ below Starcourt Mall, Joyce and her son Will (Noah Schnapp) share a tear-filled and heart-wrenching embrace, making us wonder if Joyce will make it back. Ultimately, it’s Hopper who makes the heroic sacrifice as Joyce must inevitably destroy the Russians’ machine, leaving him to perish. When the debris clears, there’s no trace of the beloved sheriff⁠—but this may not be as final as it seems.

The Duffer brothers gifted us with a Marvel-like post-credits scene to send our curious minds into a full-on tailspin. Two soldiers appear in what seems to be a Russian prison. As they approach a door, one says, “No, not the American,”and our fragile hearts stopped beating. Could it be that Hopper survived the explosion? Our revelry was quickly snuffed out by a sense of dread. Even if Hopper survived, the chances that he’s the same as he was before are certainly slim—massive amounts of radioactive energy can’t be good for anyone’s health.

Other competing theories: Hopper could be stuck in the Upside Down (does that gate really look like it’s closed shut?) or the American the Russian refers to could be Dr. Brenner, whose death was never officially confirmed in season 1. But for now, let’s just dream that Eleven will get her surrogate father back.

2. You Are Now Leaving Hawkins, Indiana

As if Hopper’s death wasn’t heartbreaking enough, the last minutes of the finale also include the Byers family packing up and moving out of town (gold star for survival instincts—for real). This choice, though certainly disheartening, makes sense for the future of the show and expands potential plot avenues. In 2017, the Duffer brothers talked to Vulture about the importance of switching things up.

“We just have to keep adjusting the story … I don’t know if we can justify something bad happening to them once a year,” Matt said, with Ross adding: “They’re going to have to get the fuck out of this town! It’s ridiculous!” 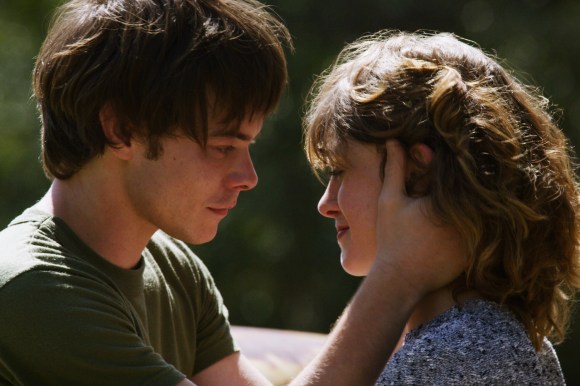 A new location would save the show from falling into a rut, especially since it seems El (Millie Bobby Brown) has lost her powers—or they are lying suspiciously dormant. This may be a convenient time to revisit her “siblings.” Remember them? Though season 2’s seventh episode, “The Lost Sister,” polarized viewers, the Duffer brothers have irreversibly introduced the idea that more subjects of the Hawkins Lab experiments exist. If the Russians have a Demogorgon, perhaps that means they’ve enlisted the help of El’s siblings to open the gate.

The very first moments of season 3 introduce a fresh batch of bad guys: Russian scientists and soldiers determined to reopen the gate to the Upside Down. Why? The answer never becomes quite clear, but the aforementioned post-credits scene does shed some light. Let’s start with the location: Kamchatka, Russia. The Kamchatka Peninsula lies in the Russian Far East, but there could be a deeper meaning there. A language book broke down the word Kamchatka to mean “stretching [and] exploding terrain”; another source explains how the name could derive from the land’s native people, whose name translates to “men of the far end.” This could lend credence to the theory that the Russians have created, or will create, a portal between Hawkins and Russia. We’re intrigued.

Other fans predict that the showrunners could tie the season 4 plot into a real historical event. Season 3 concludes in October 1985, just six months prior to the Chernobyl disaster in April 1986. Think: big explosion, widespread radioactive contamination and Cold War tensions. The possible fourth season could feature a huge clash in Russia that could even rival the Battle of Starcourt. Or the gate could finally be closed and obliterated (for real this time) in the explosion.

The third season finally gave fans some queer representation with the show’s brilliant addition of Robin (Maya Hawke). All signs seemed to point to an eventual romantic climax between Steve (Joe Keery) and Robin as the two grow closer and closer. Ultimately, Steve professes his feelings for Robin and she tells him that she likes girls. Steve’s immediate acceptance starkly contrasts with his season 1 character, who calls Jonathan Byers (Charlie Heaton) queer. 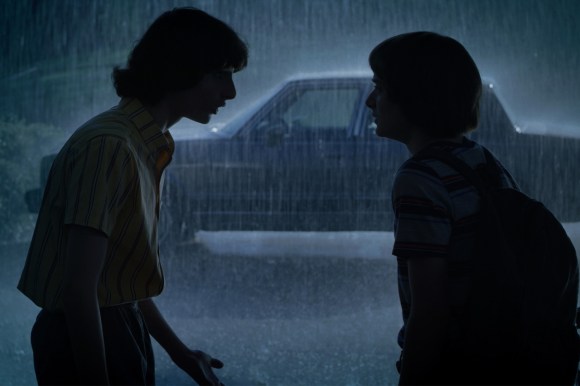 Now another character’s sexuality might be revealed in future seasons. Mike (Finn Wolfhard) and Will butt heads, leading Mike to retort, “It’s not my fault you don’t like girls.” Both boys stop in their tracks, seeming to let the more significant meaning in those words sink in. But there is evidence that could refute this: Wolfhard told The Hollywood Reporter that there were different variations of the line. “We tried, ‘It’s not my fault you don’t like girls yet.’ I don’t even know if it had to do with Will’s sexuality; I think Mike was just mad, [but] it’s all up to the Duffers and what they want to do.”

Ain’t that the truth. But seriously, Ross and Matt, don’t make us wait too long.

Read Next: New on Netflix This Month