In the collectibles and sports card industries, scarcity matters. The rarer something is, chances are…the more people probably want it. That’s why I’m a huge fan of case hits.

Case hits, by their very definition, are extremely rare. A single hobby box in the modern sports card market today—especially if it’s a highly sought-after product like Select or Prizm—might just run you $1,000. If that’s true, a case will likely be closer to 10 to 12 times that.

Imagine paying $10,000 for a case of those cards, opening all 12 boxes up, and only coming away with a single case hit. Now imagine the one you pulled wasn’t even the one you wanted—you went in hoping for Patrick Mahomes and came away with Jimmy Garoppolo instead. If the set has 12 players in it, you’re not just looking at one-per-case odds. You can times that by 12. Now we’re talking over $100,000 in cases, in theory, to find a single card.

For that reason alone, if you’re looking for case hits, I don’t recommend you buy actual cases of cards. I think you can take advantage of the fact that case hits are drastically undervalued and head over to eBay to scoop up the exact ones you want.

Here are some of the top case hit cards I recommend. 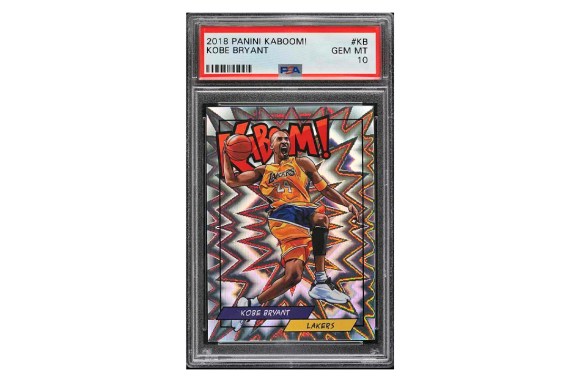 Whenever you’re talking best-in-class modern insert cards, Kaboom! is going to be at the top of that list. This set is already pretty well-known and was a smash hit at this year’s National Sports Collectors Convention.

Spanning almost every major sport, these cards feature a stunning silver-foil background with comic-book-like illustrations that really pop. Over the years, they’ve bounced around to different Panini sets (Innovation, Crown Royale, Absolute), but each and every year, they’re highly sought-after. 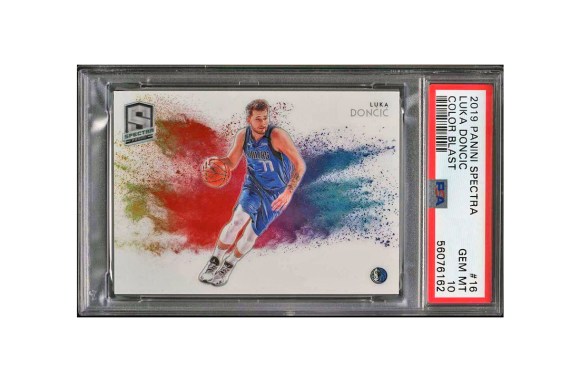 Next up is the incredibly rare Color Blast insert set, also available in various Panini products. These cards feature a minimalist landscape background (usually white or black) with a beautiful burst of color shooting out from behind a player featured in the middle.

Primarily, Color Blast cards have been featured in Panini Prizm and Prizm Draft Picks sets, but recently, they’ve shifted over to products like Obsidian and Spectra as well. In true chase card fashion, the Prizm version doesn’t appear just once per case—try once in every 10! 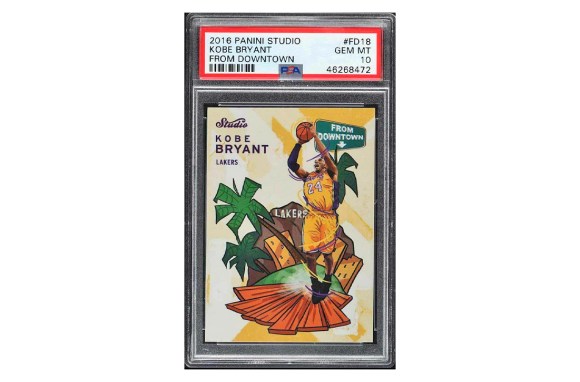 Originally found in Panini’s 2016 Studio basketball release, Downtown is another beauty of a case hit. Similar to Kaboom! It features a silver, refractor-like background with illustrated players and in typical Panini fashion, you can find them in a number of different sets (Optic, Cornerstones, One and One). 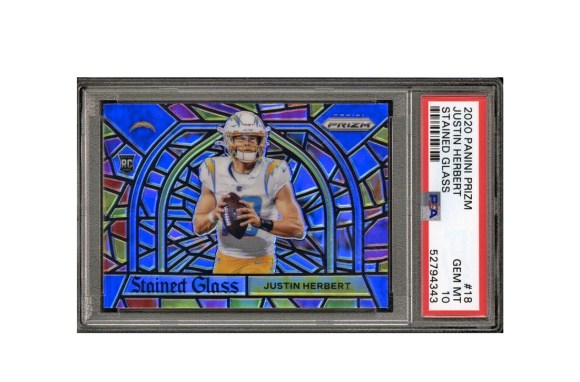 A derivative of the late ’90s Topps Gallery sets, Stained Glass is another case hit series that spans multiple products and sports. Featuring a chrome background with stained-glass window elements, you can find these coveted cards (including a rare Patrick Mahomes rookie from 2017) in modern Prizm and Mosaic products. 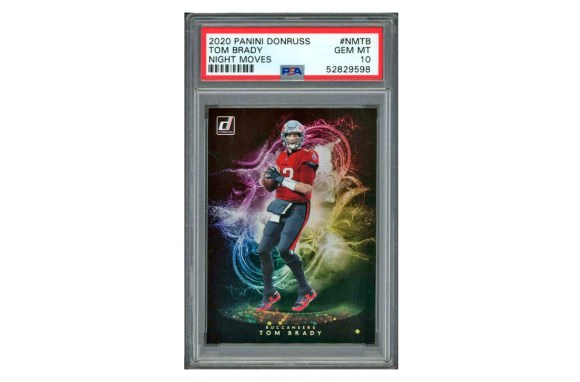 Found in Panini’s 2020 Donruss football release, Night Moves are already quite scarce. Similar to Color Blast, these cards feature a beautiful array of colors swirling about in the background behind each player. A great differentiator of them, however, is the fact that these cards are displayed vertically, which is generally more popular than landscape sets. 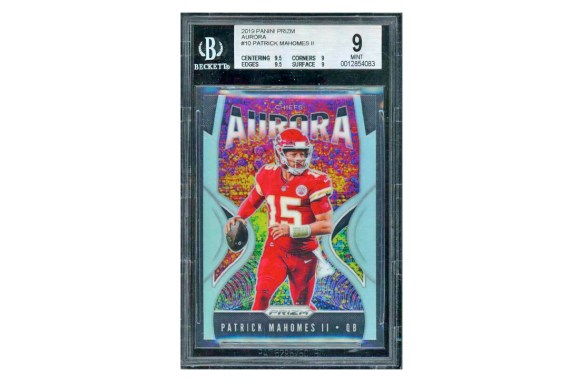 Over the years, Aurora has been most closely associated with Panini’s annual Court Kings basketball sets, but more recently, you can find a football version in Prizm products as well. These cards are beautifully artsy, with an array of bright colors mixed in with a darker background. The Aurora logo itself can also usually be found written in a really cool font. Aesthetics matter when it comes to the long-term value of cards, making owning this set an absolute must. 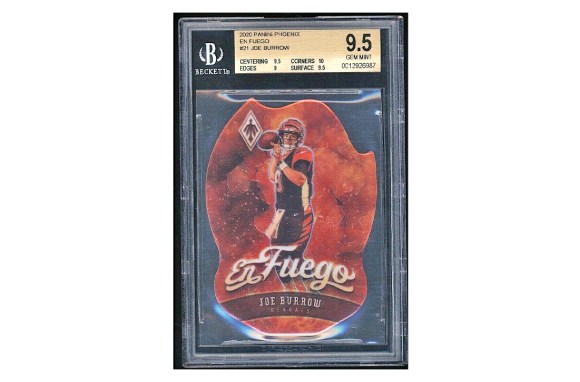 En Fuego as an insert set title has been around since the mid-’90s with Hall of Famers like Michael Jordan at the forefront. Nowadays, you can find similar yet more modern-looking cards in select baseball and basketball products as well.

But my favorite cards from perhaps all the En Fuego sets come from the 2020 Panini Phoenix release. Not only are these cards incredibly rare, but being die-cuts, they’re extremely tough grades as well. Not a bad set if you’re looking for an under-the-radar rookie of the 2020 football draft class containing Justin Herbert. 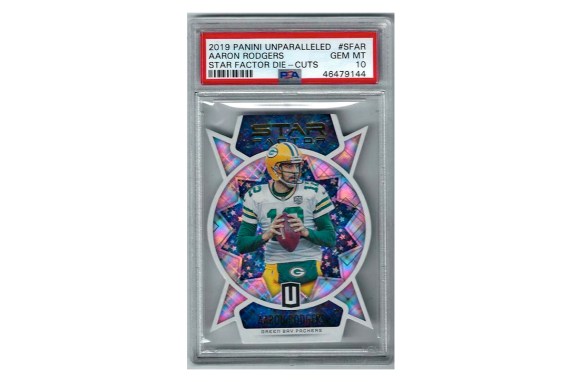 Speaking of amazing die-cut cards, one case hit set that’s flying well below everyone’s radar that I really love is the Star Factor Die-Cuts set from 2019 Unparalleled football. In my opinion, this entire product has been slept on until now.

The one thing to look out for here is the even rarer blue Galactic parallel edition of this set. The odds of pulling one haven’t been publicly stated anywhere, but I believe they’re somewhere around five to 10 times more difficult to pull than their regular counterparts. 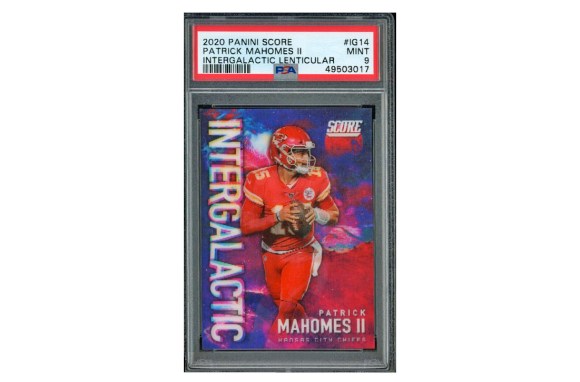 I’m extremely bullish on lenticular cards (remember SportFlix back in the day?) and they’ve started to make a quiet comeback in the space. In Panini’s last two Score football products, in particular, they’ve made quite a splash. If you’re looking to add a flashy, outer-space-looking 3D card to your collection, I’d start by picking up one of these case hits. 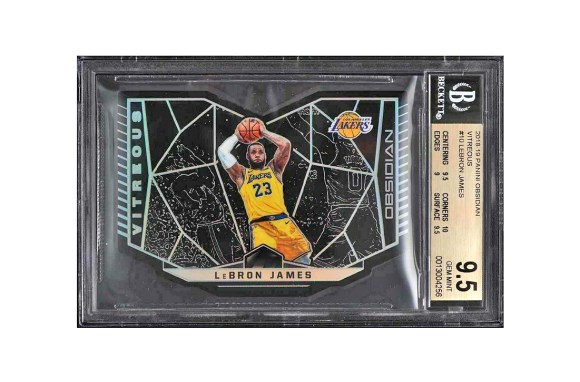 Obsidian features a handful of really cool inserts and all cards (even the base cards) are generally considered chase cards in the set. The case hit I want to talk about here, however, is the Vitreous die-cut release. Featuring a clean black background with a number of colored parallels, these cards span across soccer, basketball and football. Be on the lookout for the extra-rare Contra variation, which features a white background. 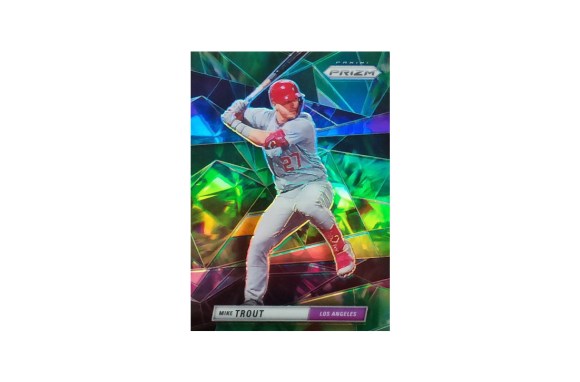 Another case hit set I’ve seen flying under the radar since its release is the 2020 Gems set from Panini Prizm baseball. These cards feature a chrome refractor-like finish with a green and black stained-glass-like pattern in the background. If you’re into collecting baseball, these cards are relatively inexpensive considering they come from Prizm and are extremely rare. 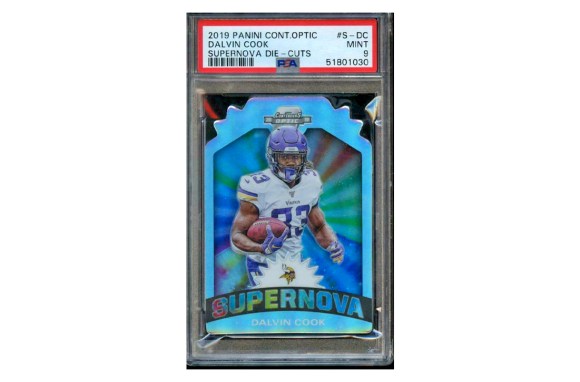 Back to die-cuts! Personally, I love collecting die-cut case hit cards because grading them is especially tough. This is particularly true in the 2019 football release of Contenders Optic Supernova because of how they were cut. There’s no denying the beauty, however, of these colorful chromium cards. 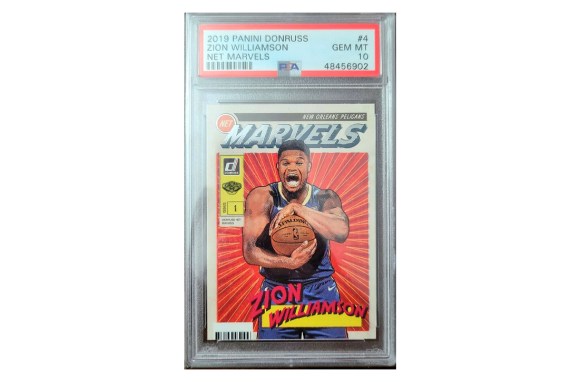 Last but not least, there’s the comic-book-esque case hit set from Donruss called Marvels. These cards span numerous sports with Net Marvels for basketball, Mound Marvels for baseball and simply Marvels for football. They feature illustrations of all your favorite players on top of what look like comic book covers.