Time moves way too fast, especially for gamers. Over the course of a decade, console lifespans begin and end while an onslaught of memorable titles floods the market. One of the healthiest and most rewarding genres that gave us great games from 2010 to 2019 is certainly the fighting-game genre.

Capcom, Bandai Namco, Arc System Works and Sega have released a slew of fighters that have dominated the fighting-game community and produced the most exciting matches at major fighting-game tournaments. Non-Japanese game developers have also done their part in developing acclaimed fighters.

Let’s send this decade out on a high note by looking back on the very best fighting games that have defined two console generations. Here’s hoping that 2020 to 2029 will be just as fruitful as the decade we’re about to finish. 2020 is already shaping up to be one of the best years ever for gamers. 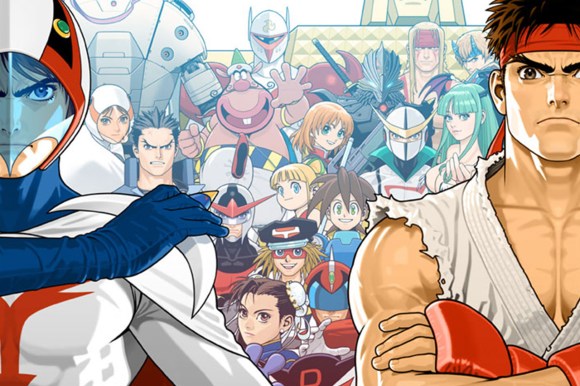 In the category of “video game crossovers we never knew we wanted until we got ‘em,” Capcom’s Wii exclusive fighter, Tatsunoko vs. Capcom: Ultimate All-Stars, comes to mind. The precursor to the return of Marvel vs. Capcom, this 2v2 fighter has an impressive roster and easy-to-grasp yet hard-to-master gameplay mechanics. Tatsunoko’s long line of classic anime characters gelled well with Capcom’s iconic cast in a fighter that stood out in a year bereft of worthy fighting games. Ryu and Mega Man Volnutt clashing with Joe the Condor and Jun the Swan from Science Ninja Team Gatchaman became real thanks to this underrated Capcom brawler. 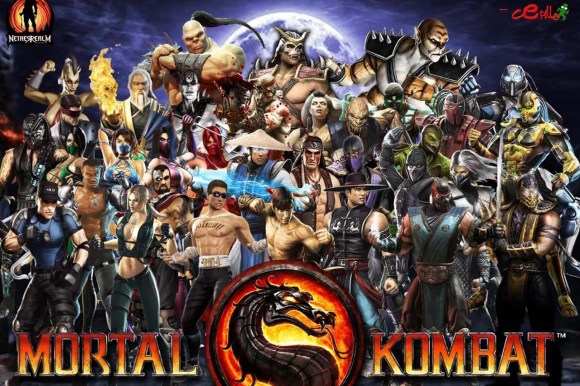 2011 marked the reboot of a ’90s arcade classic, one of the best entries in a long-running team-based fighter and the best version of a Capcom crossover extravaganza—Mortal Kombat crawled out from a pile of mediocre 3D series entries and gave fans a quality comeback. After the disappointment that was 2009’s The King of Fighters XII, SNK went back to the drawing board and produced one of the most gorgeous fighting games ever with The King of Fighters XIII. Marvel and Capcom went head to head in an upgraded version of Marvel vs. Capcom 3 with the release of Ultimate Marvel vs. Capcom 3, a 3v3 clash of heroes and villains that dominated EVO for years to come. This year undoubtedly a great period for feature-rich 2D fighters. 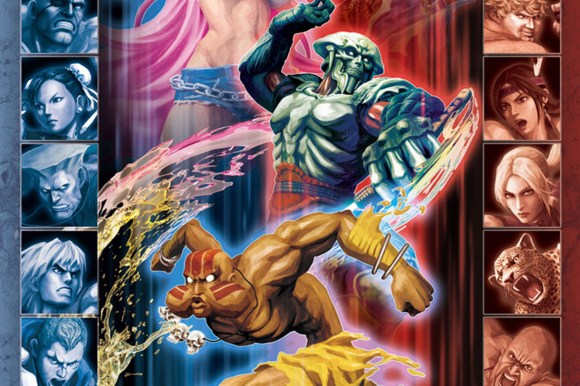 Two highly lauded 3D fighting game franchises returned to the scene in 2012. Bandai Namco revived its Tekken spinoff series with Tekken Tag Tournament 2, which turned out one of the biggest rosters and best soundtracks in fighting-game history. Sega’s own Virtua Fighter built upon the solid foundation brought on by the fifth official entry and produced the most outstanding update in the series with Virtua Fighter 5: Final Showdown. And Tekken popped up once again in 2012 to clash with Capcom’s world-renowned martial artists in the dream fighter known as Street Fighter X Tekken. 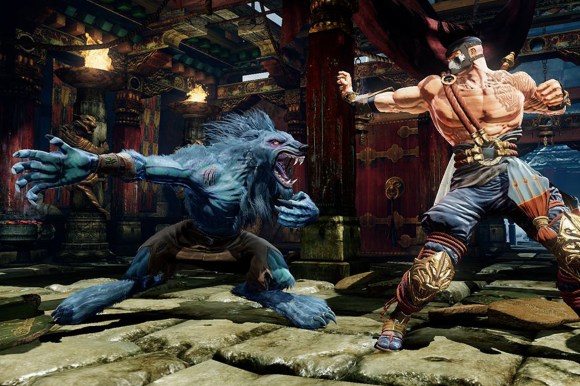 The launch of the Xbox One coincided with the often-requested reboot of a former Nintendo fighter. Killer Instinct finally made its return and gave longtime fans everything they loved and more. Jago and the rest of the game’s wildly varied roster bashed each other to death while pulling off flashy Combo Breakers, Counter Breakers and other types of hype-inducing maneuvers. Years of follow-up seasons introduced new characters, mechanics, modes and stages that turned Killer Instinct into a formidable 2D fighter. Last-gen consoles weren’t left out in the cold as far as fighting games are concerned—the heroes and villains of the DC Universe went to blows in Injustice: Gods Among Us. 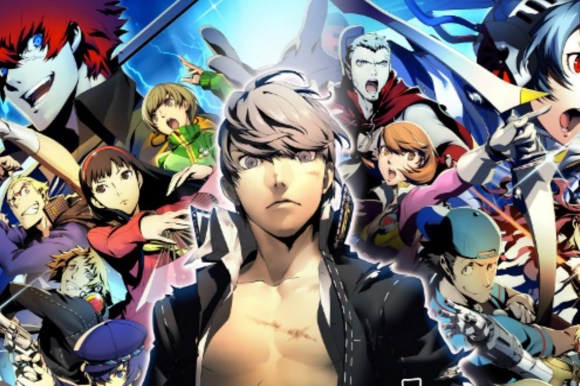 Arc System Works and Capcom released two outstanding fighters in 2014. Persona 4 Arena Ultimax came out as both an update and sequel to its 2012 predecessor. New characters entered the arena, Shadow characters added an extra wrinkle to the already deep gameplay systems and the fights themselves got even more fun to play and watch unfold. 2014 also marked the debut of the definitive edition of Street Fighter IV, Ultra Street Fighter 4. The fighting game update that all fighting game updates should be judged by, USF4 was the most fitting finale the series could have ever received. 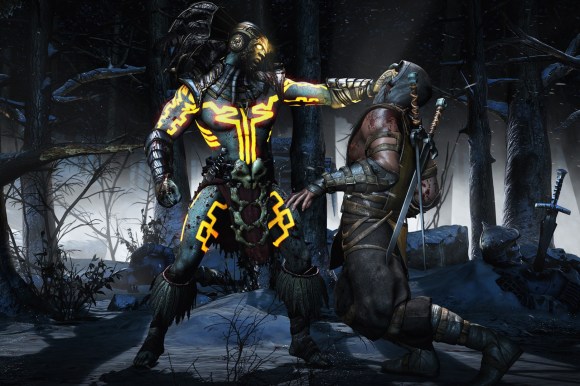 NetherRealm Studios’ bloody and gory pride of joy made quite the splash in 2015. Mortal Kombat X did the unthinkable by going even darker and more brutal than past entries. The fast-paced combat is still highly regarded to this very day, plus the final roster came jam-packed with series favorites and unexpected guest characters. The character variations added an extra layer of complexity to the game, but fans were more than ready to figure out the best ways to approach every Fatality-ending battle. 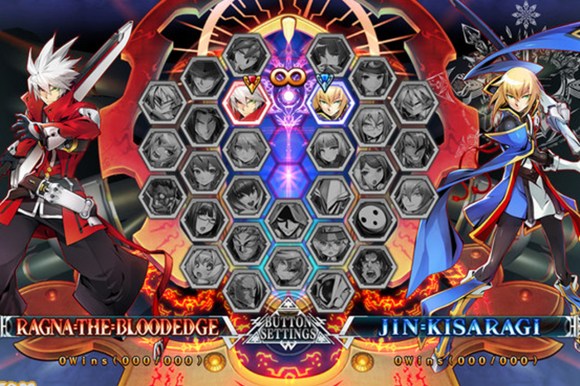 The best (and final) update to Arc System Works’ other marquee 2D fighter arrived in 2016 with the launch of BlazBlue: Central Fiction. Thirty-six fighters rounded out the varied cast, a 40-hour story mode offered plenty of closure to the series’ epic tale and the gameplay managed to refine itself to near perfection. SNK became a major player once again when they dropped the 14th entry in the mainline King of Fighters series. The King of Fighters XIV was a welcome return to form that pleased fans and newcomers alike. KOF XIV’s success played a huge part in pushing SNK to bring back another beloved fighter of theirs (more on that later). 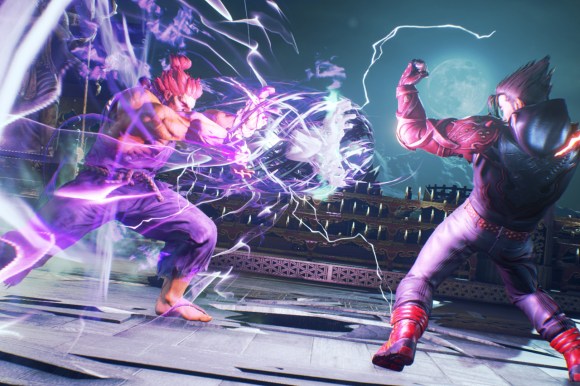 Arguably the best fighting game of entire decade, Tekken 7 finally fought its way over to consoles in 2017. Director Katsuhiro Harada and his dedicated team of developers crafted the most rewarding and exciting entry in the legendary 3D fighting game series. The fact that Tekken 7 is still receiving DLC and support from its ardent fan base is a testament to its top-tier quality. 2017 also marked the release of Injustice 2, the DC-based fighting game sequel that featured one of the best story modes in the genre. And finally, Arc System Works pushed out Guilty Gear Xrd REV 2. Sol Badguy and his long list of rivals did battle while metal tunes blared in the background within this incredible series update. 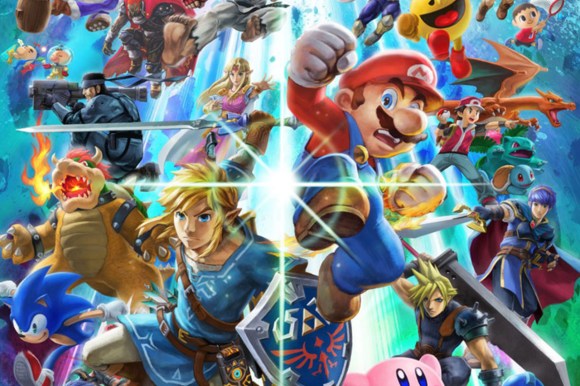 Without question, 2018 stands out as the best year of the fighting game decade. Goku and friends (plus villains) finally got a 2D fighter worth investing in thanks to Dragon Ball FighterZ. Nintendo’s beloved crossover clasher got its best entry and largest roster to date with Super Smash Bros. Ultimate. And Bandai Namco’s history spanning weapons fighter returned with the supremely satisfying Soulcalibur VI. Not to be outdone by the competition, Ecole Software/French Bread and Capcom gave the FGC two equally satisfying fighting games in 2018: Under Night In-Birth Exe:Late[st] and Street Fighter V: Arcade Edition. 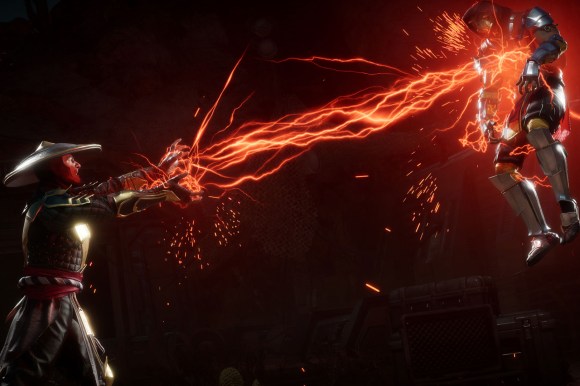 In the final year of the decade, three fighters stood tall in 2019: Power Rangers: Battle for the Grid, Mortal Kombat 11 and Samurai Shodown. The nostalgia of the Power Rangers TV show combined with the team-based fighting game mechanics of Capcom Vs. games gave way to a winning formula. Mortal Kombat 11 adopted a more methodical combat approach and still managed to up the ante on the violence scale. As for Samurai Shodown, the intense SNK fighter rose like a phoenix and grabbed the attention of everyone who sampled its bloody weapons-based battles.