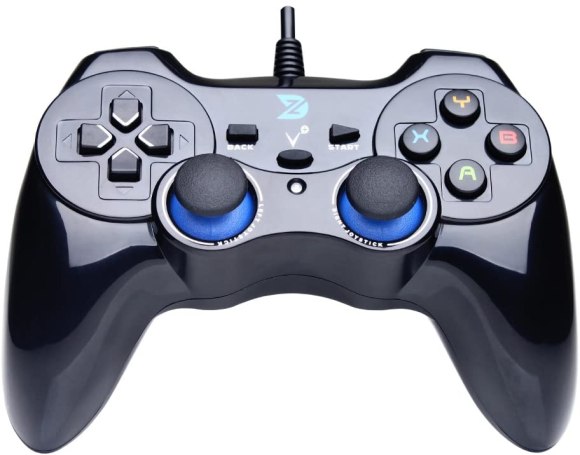 This first option by ZD is compatible with Windows XP 7, 8 and 10, Steam and Android. As long as the game youâ€™re playing on PC supports Xinput mode, this controller is a great budget plug and play option. The function of the directional pad and left analog stick can be changed and thereâ€™s a good vibration feedback function. Some have noted that the triggers have a slightly delayed response, which might be frustrating in games where timing matters especially. 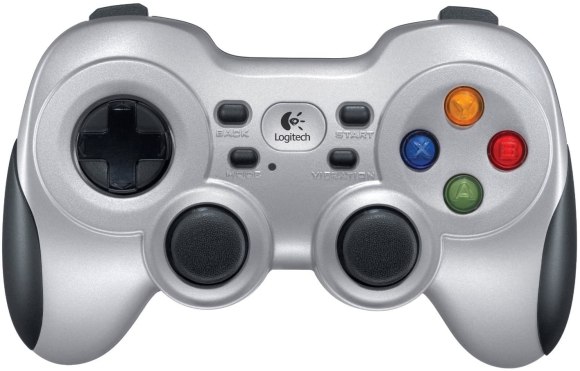 This F710 controller by Logitech is a wireless option that looks like a vintage console pad. If youâ€™ve recently made a switch from console to PC, this will feel like home in your hands. It has a data transmission of 2.4GHz, which means little delay or interference. Unfortunately, an updated driver for this console wasnâ€™t released when Windows 10 came out, so for it to function with that, youâ€™ll need to use the Xbox 360 driver, which means it might be hit or miss with some games. 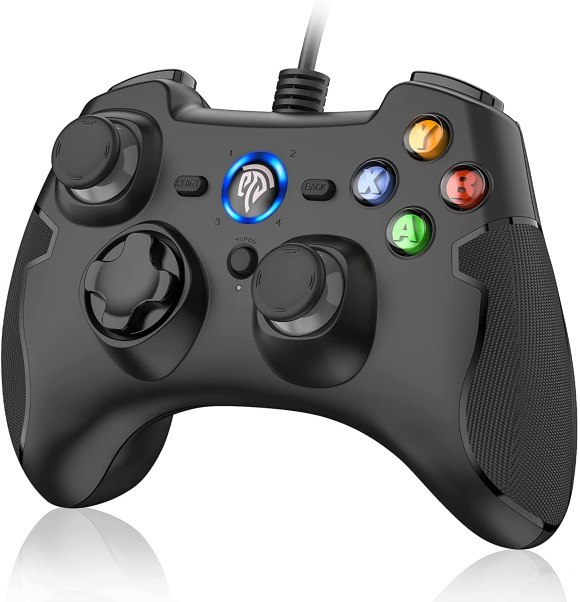 EasySMX offers a premium controller which is almost identical to the Xbox One controller in terms of its shape, button positioning and design. The wired controller is compatible with Windows 7, 8, 8.1, 10 and 11, PS3, Steam, Android 4.0 or above and Tesla, which is an incredible range of support. Itâ€™s connected with a USB cable thatâ€™s 6.5 feet and it has a turbo button which allows you to press it once and have it respond like itâ€™s being tapped repeatedly, a great feature for a competitive edge in some games. Some newer games will recognise it as a PlayStation 3 controller, which isnâ€™t a problem other than when it tells you to, for example, press the X button and you actually have to press the A button. 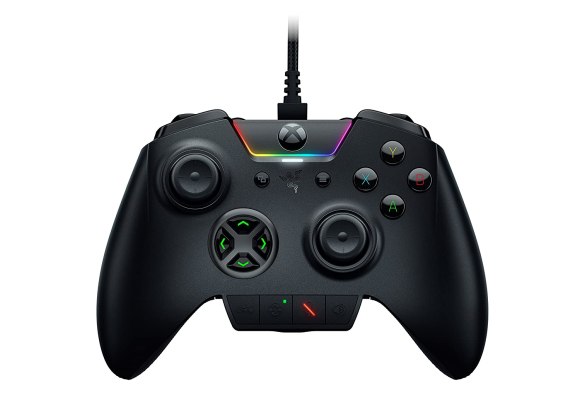 If youâ€™re a PC gamer looking for a controller, you likely already know the premium quality products that Razer offers. This controller is their Wolverine which is an officially licensed Xbox controller that works very well with PC. The adjustability here is incredible. The controller has interchangeable analog sticks and an interchangeable d-pad. You can also have the d-pad tilt and change the height of the sticks. Thereâ€™s also textured grip and two extra paddles which can be assigned to any other button. Unfortunately, thereâ€™s no wireless option and the LED only works on Xbox and not PC. 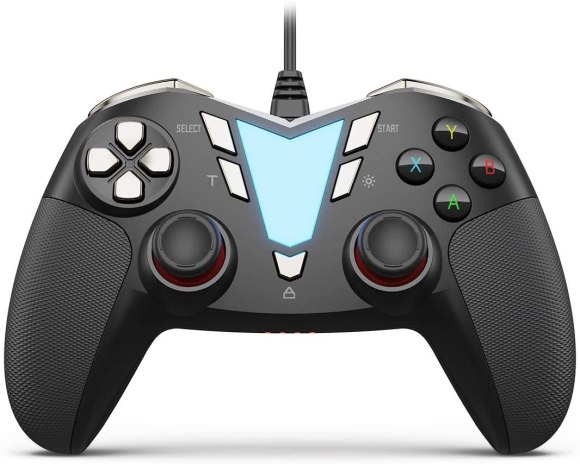 Last up is the IFYOO ONE which looks like a standard Xbox controller with a unique twist of a backlit decorative board in the middle which can shine seven different colors. The control is supported by Windows 7,8 and 10, PlayStation 3 and Steam, which will cover all bases for most people. The controller has a good weight to it and the buttons donâ€™t feel mushy, in fact, the triggers are arguably a little too sensitive if anything. This is a great option for a budget buy.

ONE37pm may earn compensation through affiliate links in this story.