The “Lands Between,” while masterfully and equitably crafted, is a dangerous and unforgiving place. Enemies await at every corner, ready to take down an unsuspecting player. There is no “easy” enemy to speak of, with each capable of punishing the player for even the simplest mistake with the infamous “YOU DIED” screen. Fortunately for the player, Elden Ring offers plenty of options to fight back. As such, players should not be afraid to try new methods or mix them up for specific enemies as there is no one-size-fits-all strategy. Below are some general combat tips that help you get started. 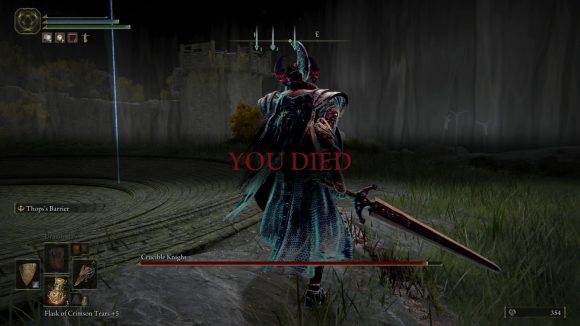 This is a big ask, impossible really. In a FromSoftware game, death is inevitable. At one point, you will triumph over a colossal enemy after numerous attempts only to die to some rats moments later. As such, the first and perhaps most important combat tip for Elden Ring is everything can and will kill you. My favorite line from Darkest Dungeon describes the tip perfectly: “Remind yourself that overconfidence is a slow and insidious killer.” So it’s important to be alert and prepared no matter the enemy or environment (yes, even the environment can and will kill you). 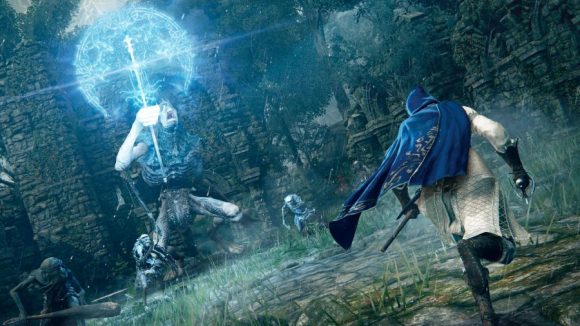 While a shield can be effective in negating most if not all damage from some attacks, nothing beats the impenetrable defense of rolling through an enemy attack. Nothing beats the adrenaline rush either of rolling through enemy swings to counterattack. Rolling provides invincibility frames, commonly known as I-frames that make the player invulnerable to damage for a period. Masterfully rolling through attacks will be the difference between death and victory in all battles. The speed and I-frame length will vary depending on equipment load. 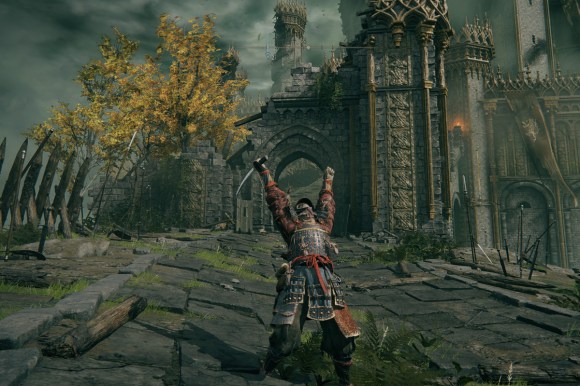 Trying new weapons will have adjustment periods. Fortunately, enemies will respawn upon resting at a “Grace Site.” Allowing you to practice to your heart’s content against any enemy in the area. This will be important as different weapons will have different strengths, weaknesses, and movesets which you will need to know if you want to survive in the Lands Between. Just be sure to use your runes often so you don’t lose too many from repeated deaths. 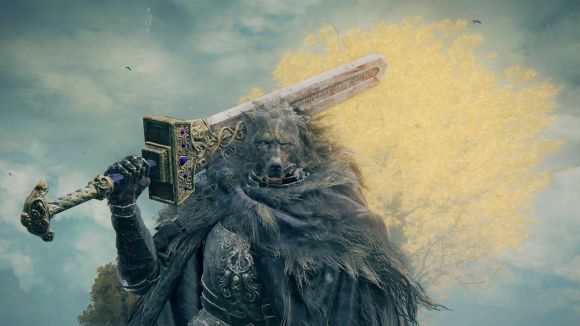 Melee combat is the bread and butter of Elden Ring. Even if your build is focused around ranged combat such as bows, sorcery, or incantations, you will at some point be locked in melee combat. Either because you are low on ranged options due to lack of ammo or FP, or the enemy is aggressive and gives you no breathing room. As such, it’s important to always have a melee option.

Melee combat has numerous offensive and defensive options. You will have to experiment with the different weapons and pick the style you like. Most melee weapons can be dual-wielded, meaning one in each hand, which will increase their combat prowess and their move set enabling new combat strategies. A single weapon can also be wielded two-handed which will increase its efficiency and potentially change its move set.

A sword and shield is the go-to melee style. It’s tried and true, plus it works. A sword provides a decent move set and damage.

Axes have shorter ranges but attack faster allowing some more aggressive combat engages. Dual-wielding axes can allow some hyper-aggressive engagement. However, two handing a combat ax is a waste in my opinion.

Greatswords are heavier swords that swing harder but also require more stamina per attack. They also usually have higher STR requirements as a result. However, these swords are great all-around melee weapons that strike a nice balance between single enemy damage and damaging a group with their swing.

Spears and Polearms are thrust weapons that work best against single enemies. They have some wide-range sweep attacks but they shine with their thrust attacks. Spears can be used with a raised shield which can be a decent (though stamina draining) combination. 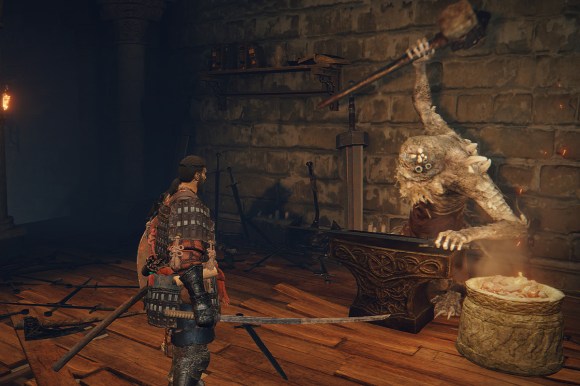 While spending runes to increase your attributes is important, equally important is upgrading your weapon. It’s important to note that upgrading each item fully is an impossible and tedious task. Upgrading weapons require smithing stones of which there are two varieties and numerous tiers. “Smithing Stones” are used to upgrade standards weapons and range from tier 1-to 9. The 9th tier is officially called Ancient Dragon Smithing Stones.

The second variety is called Somber Smithing Stone. This type is used to upgrade special and unique weapons, generally, those obtained from bosses. Somber Smith Stone ranges from tier 1-to 10. With the 10th tier being called the “Somber Ancient Dragon Smithing Stone.”

Once you have picked your handful of weapons, ignore the rest in terms of upgrading. Focus on our main weapon choice first, obviously, and try to keep it upgraded to the maximum level your resources allow. As you progress, newer tiers of smithing and somber stones will become available. As you progress through the world and story, the lower tier smithing stones will become commonplace allowing easier upgrade of weapons. So, don’t fret if you decide to change your weapon after upgrading a different weapon.