Capcom’s long-lasting legacy as the industry’s premier fighting game developer was embedded in stone after the 1991 release of Street Fighter II. The arcades were owned by the exploits of the game’s “World Warriors” and eventually living rooms everywhere featured intense sets between expert Ryu & Ken players. As the years passed, Capcom kept pumping out a wealth of significant fighters, such as Darkstalkers, Rival Schools, Power Stone, and many more. The Japanese publisher/developer truly struck gold once they got their hands on Marvel Comics’ best characters – comic book diehards and fighting game fans alike were treated to gems such as X-Men: Children of the Atom and Marvel Super Heroes.

Once Professor Xavier’s gifted class of mutants came to blows with Street Fighter’s very best, the “Vs.” line of fighters came to pass. Marvel Super Heroes vs. Street Fighter and the first-ever Marvel vs. Capcom arrived soon after to push the series to new heights of quality. And then…Marvel vs. Capcom 2 arrived and blew everyone’s minds. The quirky yet unforgettable character select theme, the rest of the catchy soundtrack, the 3D stylized stages, and the massive 56-character roster captured the imagination of fighting game fans everywhere and remain a classic to this very day. The initial Arcade/Dreamcast release of the game was remarkable, of course. But the online re-release breathed new life into the 3v3 fighter by adding its best feature to date – online play.

But sadly, MvC2’s 2009 HD re-release is practically trapped on the PS3 and Xbox 360. Due to the expiration of Capcom’s licensing contracts with Marvel, the vastly worshipped fighter got pulled from the PlayStation Network and Xbox Live Arcade. If you still own either console with that game still existing on your hard drive, consider yourself lucky. But if you don’t and are dying to still play the game online via modern console hardware, that option is sadly unavailable to you. But keep hope alive, true believers! Streamer/fighting game guru Maximilian Dood’s undying appreciation for MvC2 pushed him to kickstart a social media campaign to free the game from its PS3/Xbox 360 prison and bring it back to today’s consoles.

With the hashtag quickly gaining steam and garnering the support of the game’s most respected players (Justin Wong, Michael “Yipes” Mendoza, and Chris Matrix, for instance), more eyes have taken notice of such a lofty request. With rumors circulating that the powers that be are seriously considering their social media pleas, the reality of a MvC2 re-release has seemingly become more attainable. If Capcom, Marvel, and Disney are truly listening and keeping watch over this powerful movement, then here are three requests that we’re sure would receive a lively reaction across the FGC for the “MAHVEL!” faithful.

1. A Fully Remastered Version of ‘Marvel vs. Capcom 2’ 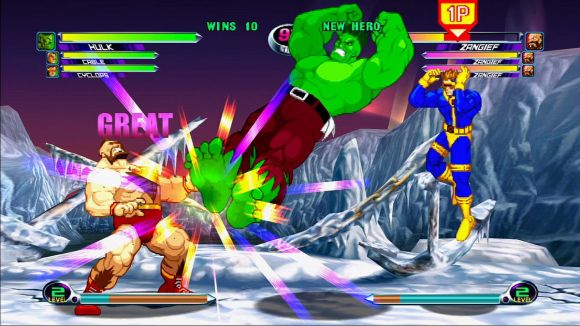 The main goal behind the #FreeMvC2 push is to get the powers that be to make the game available across today’s line of consoles. The version of that game that made its way onto the PS3 and Xbox 360 was great for its time, but now it could be even better with the remastered treatment. A refreshed rendition of Capcom’s classic fighter would do extremely well if it was capable of outputting 60fps, incorporated rollback netcode, featured enhanced visuals, and afforded everyone the ability to play the game in either a 4:3 ratio or the 16:9 widescreen option. Adding some of the cool features that appeared in Street Fighter III: 3rd Strike Online Edition, such as an art gallery and combo challenges, could also add to the MvC2 package and make it even more of a must-buy.

2. A Future ‘Vs.’ Fighting Game Compilation from Capcom 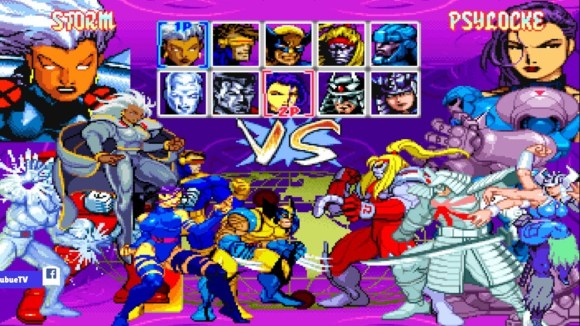 If we end up getting that dream MvC2 remaster, chances are pretty high that it will bring in the big bucks and open the eyes of everyone at Capcom and Marvel. At that point, they’ll have to recognize the potential of re-releasing the rest of the “Vs.” series catalog. It’d be preferable if both companies joined forces once again to produce a collection that’s even better than what was seen in Marvel vs. Capcom Origins.

3. The Creation of a Fourth ‘Marvel vs. Capcom’ Series Entry 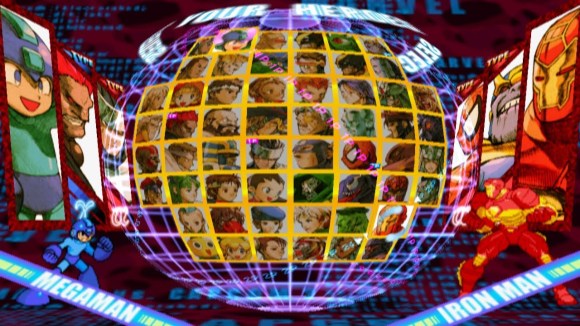 If those two prior requests do come to pass, then there clearly has to be a push towards making a true sequel to Marvel vs. Capcom 3. The failures attached to Marvel vs. Capcom: Infinite shouldn’t be enough to close the door on the franchise as a whole. Capcom’s improvements within the fighting game department and Marvel’s stronger focus on bettering its video game efforts could combine to produce excellence. A fourth official installment in the MvC franchise seems like a far-flung dream scenario. But if the MvC2 remaster and “Vs.” compilation come to pass and succeed in the sales department, then we’re quite sure our third request would come closer to becoming a reality. In a post MCU Phase 4 world and a time where Capcom has even more IPs to take characters from, a new MvC game could offer the best roster the series has ever seen.