It’s NBA2K day, which means that gamers will finally get the chance to play the latest release, NBA 2K21, in full. 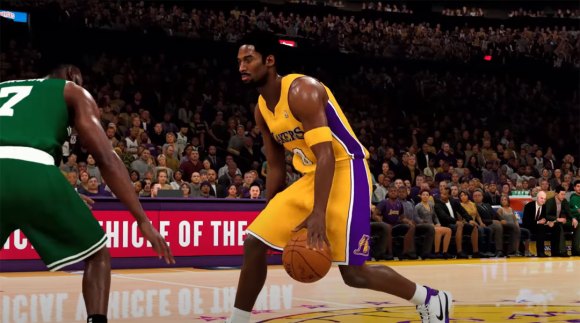 As always, there will be a special edition, and this year’s version will feature none other than the late, great Kobe Bryant. The current generation represents the “Black Mamba” in his early days, donning the number 8. At the same time, the next-generation showcases Kobe in the second half of his career wearing his number 24 jersey. The regular edition will cost $59.99, while the Mamba edition will retail for $99.99.

So what can 2K fans expect this go-round? Well, one of the more unique things about 2K21 is that this year it correlates directly with the playoffs. Usually, this time of the year is the start of training camp for most teams; however, due to the COVID delay, we are right in the middle of the playoff season. Also, some elements of the current NBA bubble directly mirror 2K (such as the barbershop, for example).

Some more cool features include the addition of NCAA college basketball to the MyCAREER mode and more exclusive features on the next generation editions (which is expected to drop during the Holiday 2020 season). This iteration marks the return of the WNBA (which will also include a female MyPLAYER builder on the PS5 and Xbox Series X).

While we know that you guys want to play the game immediately, it’s worth noting that the current MyPLAYER progression will not transfer from current-gen to next-gen. Also, the upcoming releases of the PS5 and Xbox Series X may mean that certain features won’t be available unless you upgrade your console. If being able to have access to new features is something that’s important to you, then you may want to consider waiting until the holidays.

Whether you decide to wait or not, NBA 2K21 is sure to be an experience like it is every year.