Thursday, May 27th is looking like it’s damn near the official start of the next Electronic Entertainment Expo (E3). That’s because gamers are getting treated to five separate livestream events. And chances are all of them will drop some bombshell announcements and showcase a lengthy amount of worthwhile gameplay. We’re here to make sure you’re fully aware of the stacked lineup of events that are set to take place tomorrow and are fully prepared to fire up your timeline after each one concludes.

Sega already gave us a good look at Virtua Fighter 5 Ultimate Showdown – the remastered 3D fighter looks gorgeous and is already prepped for a June 1 release. And thanks to Sony, a whole flood of players are gonna hop into Virtua Fighter for the very first time due to the fact that it will be a PlayStation Plus game for June. The true coming-out party for the game is most likely going to take place at this event, plus we might find out Sega’s esports game plan will be for Virtua Fighter’s welcome comeback.

Those Musou games are a guilty pleasure, aren’t they? You can just turn your brain off as you pick your favorite mystical warrior and lay waste to hundreds (and even thousands!) of nameless soldiers. The Samurai Warriors series is getting ready to drop its fifth mainline entry and the hype train is pulling out of the station. This livestream will drop some new footage of the upcoming beat ‘em up, plus it will feature commentary from the game’s producer and one of the character’s voice actors. 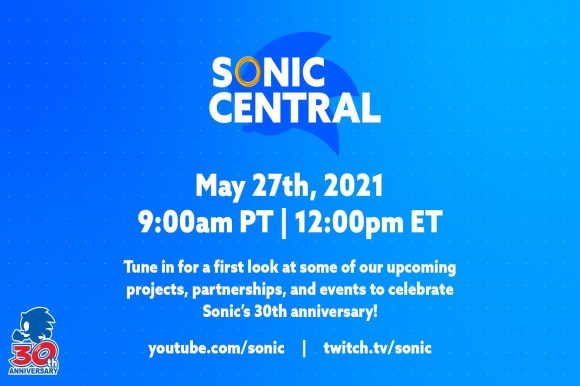 Virtua Fighter isn’t the only Sega IP that’s getting its own dedicated livestream tomorrow. Sonic the Hedgehog is celebrating his 30th anniversary and it’s pretty clear that some big things are in the works for him. This livestream will give everyone a sneak peek at what’s to come – hopefully, we get to see if those leaked Sonic games are legit and ready to release sooner rather than later. Footage of new partnerships, non-gaming projects, and upcoming events are also planned to be announced during this live celebration. 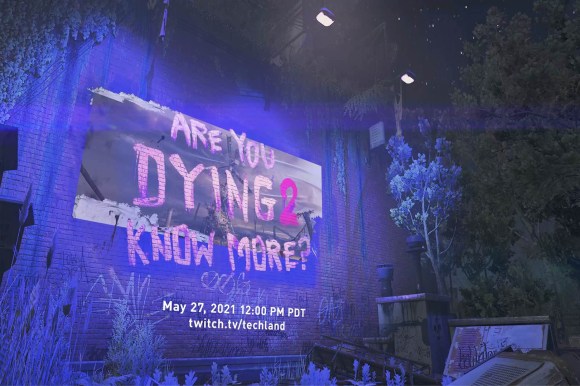 It’s been pretty quiet on the Dying Light 2 front lately. But Techland is going a lot harder in their PR/marketing efforts lately and has done a better job of talking to its dedicated fanbase. A mailer got sent out to a wide range of gaming journalists (including yours truly!), which included a poster and a black flashlight. The secret message hidden on the poster became visible once the light was shined on it. That message let the world know that a big livestream event is set to take place and it will hopefully give everyone a final release date announcement for the parkour-infused zombie experience.

PlayStation is doing it real big for the upcoming sequel to Horizon Zero Dawn. The latest State of Play event will be dedicated to Horizon Forbidden West and it’s set to bless us with 20 minutes of nothing but gameplay. Since this major open-world epic is getting such a huge livestream event, it’s looking like it may actually come out this year. If you want to check in a bit earlier for this stream’s pre-show, go ahead and check in at 9 am PT / 12 pm ET. It’s going to feel so nice to reunite with Aloy and go mechanical animal hunting once again.

Elton’s E3 2021 Game Reveals Wishlist
What Should Sega Do for ‘Sonic the Hedgehog’s’ 30th Anniversary?
The Top 20 ‘Mario’ Games for Switch