In any article about either of the next-generation consoles, the fact that getting your hands on one has been like trying to get the newest exclusive sneaker drop must be mentioned. The shortage in stock has been frustrating and isn’t how any gaming experience should be, but hopefully, we can all get our hands on a console at some point this year. If you’ve already been playing one for a while, congratulations. We’re jealous.

No matter which console you go with, you might have some questions about storage, something which remains essential and worth considering but continues to become more and more confusing with each passing year, especially in the gaming industry. If you’ve got questions about how much storage you’ll get with the Xbox Series X and the Series S, whether that will be enough and how you can expand storage, we’ve got you covered here.

How much storage does the Xbox Series X/S have?

The Xbox Series X boasts a 1TB NVMe SSD. NVMe stands for non-volatile memory express, and they’re the replacement for the Xbox One’s SATA drive, now a thing of the past. NVMe SSDs are an improvement because they communicate directly with a system’s CPU, making them considerably faster, which is largely how you see rapid loading screens. Astonishingly, they can send up to 25x more data than the old SATA.

1TB is the same amount of storage that the Xbox One X had, and the general overview is that it’s not enough for the full lifetime of a console. As a reference point, the latest Call of Duty offering, Black Ops Cold War, is a whopping 136GB on the Series X and Series S. To make matters a little less convenient, that 1TB of storage on the Xbox Series X is really only 802GB when you account for system files and the Xbox operating system, which takes up 198GB.

The Xbox Series S has a 512GB NVMe SSD, which is really only 364GB of usable storage, and while that seems insanely inferior to the Series X, you do have to consider the factor that games on the Series S take up 30% less space because they don’t require 4k textures. But either way, there’s a good chance that at some point down the line, deleting games to install updates for other games will become far too much of an inconvenience, and you’ll want to get yourself some more storage. How do you go about it?

Along with the launch of the Xbox Series X and Series S consoles came the release of Microsoft’s 1TB Storage Expansion Card, designed by Seagate. It’s a card that slots into the port at the back of the console, essentially functioning as a memory card. Jason Ronald is Xbox’s Director of Program Management, and in September of last year, before the launch, he did a Q&A on the consoles’ storage options. He notes that with the expansion card, the exact performance of the Series X and Series S’s internal storage is matched. This is made possible through the Xbox Velocity Architecture API.

More good news about this is that the Seagate card will allow for backward compatible games to be played on it while also benefitting from the speed and performance level of the new generation console. For all of this convenience, you’ll have to shell out $220. If that’s a little pricey for you, especially after already spending $499 for the Series X or $299 for the Series S, not to worry, because other third party manufactured storage solutions are available and are certainly more forgiving on our pockets. If you want a list of options with prices, pros and cons for each detail, then scroll to the bottom of this article for some advice.

As mentioned above, there are a variety of options to solve storage issues, one of which is indeed a USB external hard drive. However, there are some key things to note about this. For one, an SSD drive is still faster than an HDD drive, so we recommend going with the former over the latter. But if speed and general performance is something you’re especially concerned with, the following is key.

While backward compatible games from the Xbox One, Xbox 360, and Xbox will all be perfectly fine to both store and play on any kind of external hard drive, games that are specifically optimized for the new consoles do need high-speed storage. This means that they can be stored on any kind of USB external hard drive, but to actually be played on the Series X or Series S, they’ll need to be transferred to the NVMe SSD.

Even games that you can play from any external hard drive will not give you the next-gen graphical enhancements. For many, that will mean that the official Seagate Storage Expansion Card is the only option for now, but of course, this is an irrelevant factor for some. Maybe keeping games on a USB hard drive for storage and transferring them to the SSD to play is worth avoiding the $220 price tag of Seagate’s card. If so, at the bottom of this article are some options for which external hard drives you could go with for the Xbox Series X or Series S. But before that, it’s worth knowing your way around the console.

What ports does the Xbox Series X feature?

Along with the SSD expansion port, there are 7 other ports on the Xbox Series X. Here’s a quick outline of what they are and what they’re for:

Power: No awards for guessing what this one is for. It’s an 8-figure power socket and of course, the console has an internal power supply too.

USB-A ports: There are 3 of these on the console; two at the back and one at the front. One of these is where your USB external hard drives will go, but of course, you can also charge your controller or phone through this with the wire, or you can plug in a keyboard and mouse.

HDMI 2.1: Of course, this is where the HDMI wire goes with the other end connected to your TV. The benefit of the 2.1 interfaces is that it incorporates ALLM, which stands for Auto Low Latency Mode. This means that your TV switches to its lowest latency possible when you’re gaming.

Low Latency Mode: This means that your TV switches to its lowest latency possible when you’re gaming.

Ethernet: A wired connection is always better than a wireless connection and the ethernet Cat5 cable goes here.Kensington lock: So that you can tie the console down to whatever it rests on.

Kensington lock: So that you can tie the console down to whatever it rests on.

Which external hard drive should you get?
1. Seagate Storage Expansion Card 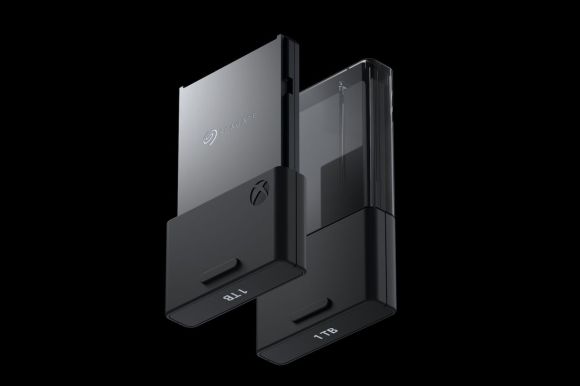 If you’re willing to spend an extra $220 on top of getting your console, then this is certainly the way to go. It’s 1TB (with a very respectable 920GB of that being usable) and is the only way to retain the full performance level of either of the new Xbox consoles 100% of the time. We doubt there’ll be a price drop anytime soon, but perhaps even if this is your primary choice, it’s at least worth waiting until you absolutely need it. You should be able to manage for a while with the storage that the Series X or Series S offer initially. 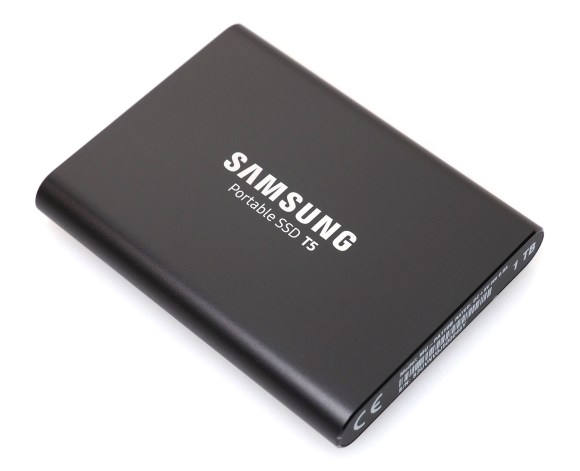 You can get the Samsung T5 in a few different storage options. It’s unlikely that you’ll want anything less than another terabyte, which will cost you around $140. It’s a significant saving on the official expansion card and still gets you nearly all the benefit, although of course it won’t run optimised titles.

It’s worth noting that there is, in fact, a T7 that Samsung offers that has a speed increase, but that costs around $170, so perhaps you’re better off paying an extra $50 to get the benefits of the official Seagate expansion card. 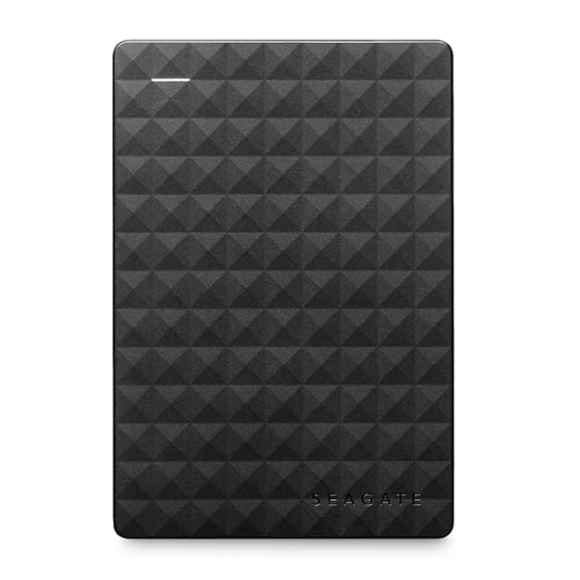 Made by the same company that makes Xbox’s official card, you still won’t be able to play games optimized for the Series X or Series S, but they do offer incredible value for money when it comes to storage. Their 1TB hard drive costs around $50, and if you want to quadruple that amount of space and be more than set for the entire lifespan of the console, you can still do that for under $100.

There isn’t too much of a hit on speed either, so this is an ideal option for those wanting a cheaper, albeit secure long-term option. 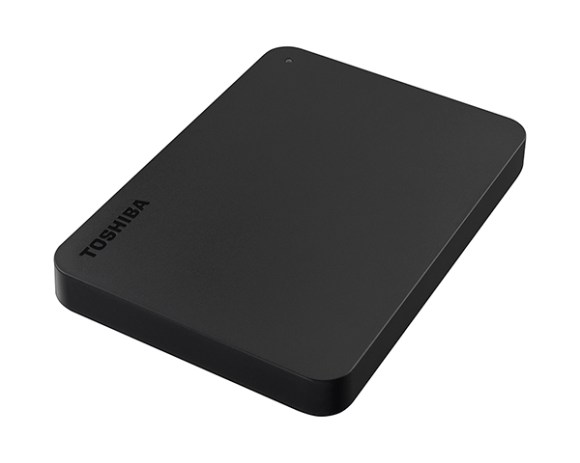 You can double the space of your 1TB Xbox Series X or Series S with a 2.5” Toshiba hard drive that will cost you just $45. The read speed is 540MB per second, which is great, especially considering it’s an HDD and not an SSD. 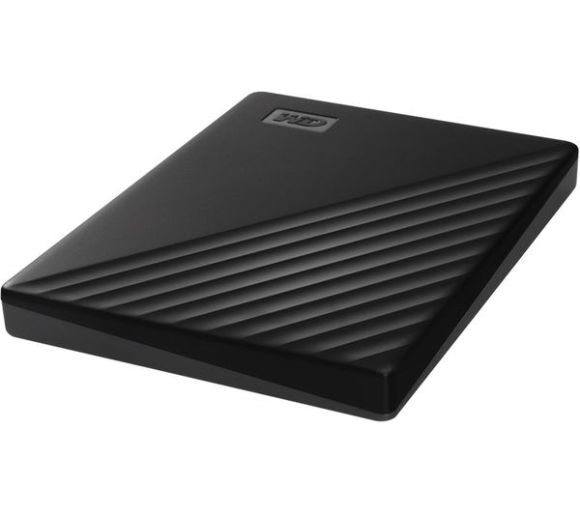 The unique selling point of this Western Digital hard drive is that you can set password protection and hardware encryption to protect your files completely. Perhaps this isn’t something you need to worry about so much if you’re just using the hard drive to store some games on, but some extra security can never hurt and it’s better to be safe than sorry.

As with a few of the options on this list, there are numerous options for size in terms of storage. Even with the extra protection it offers, you won’t have to empty out the bank account to get one of these. WD’s 2TB option will cost you just $80.

Buy now, $80
https://shop.westerndigital.com/en-gb/products/portable-drives/wd-my-passport-usb-3-0-hdd#WDBYVG0010BBK-WESN
Everything You Need to Know About The Xbox Series X and Series S
These Are The 10 Most Culturally Impactful Video Games of 2020
All the Essential Gaming Equipment You Need to Stream on Xbox One, PS4 and PC