When you say the name Jamia Fields, naturally your mind goes to the standout soccer player for the Houston Dash. While the former Florida State Seminole has enjoyed quite a bit of success in her professional career already, Fields has always had a lifelong passion for fashion, and now she is taking things to the next level. With some pretty big projects in store for the future, Fields is set to make big waves in the fashion industry. However just like with sports, there will be no labels, limitations, or definitions.

In order to understand how Jamia Fields got to where she is today, we’ve got to go back to her childhood. In her youth, Fields excelled as an athlete in not only soccer, but in other sports such as tennis and it was around this time that the young athlete from California discovered her love of style.

“My love for fashion goes back to when I was a child. Just like I was in love with Soccer, I was also in love with clothes. I would spend all day trying on clothes as a kid.” 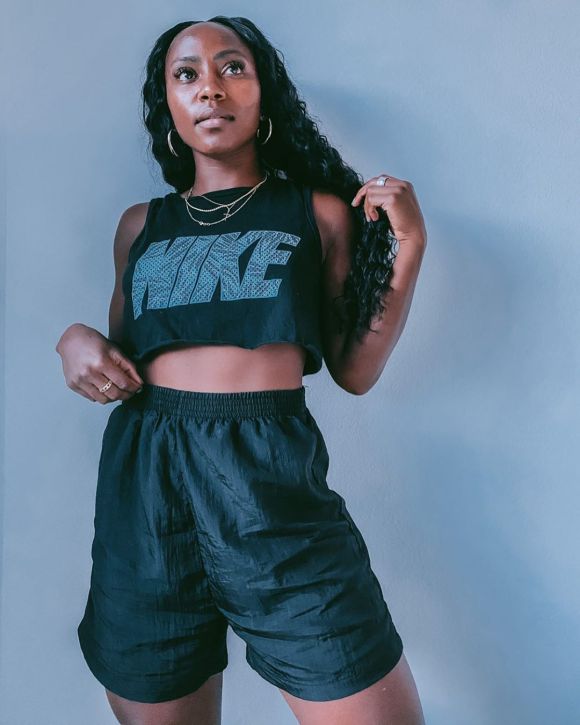 As Fields herself evolved, her style evolved along with her, and it wasn’t long before people started taking notice. The soccer star began regularly receiving messages and comments about what she was wearing, and it was then that Fields realized that she could take it a step further not only for herself, but for others.

“I would always have people coming up to me or messaging me about what I was wearing. Once that started happening, I realized that fashion was something that I could do.”

While fashion is a relatively simple concept, it can also be a little tricky. That process becomes even more complex when you’re styling and creating for others, as opposed to just yourself. It takes a certain level of talent to be able to style another person, and it can be even more difficult dressing the opposite gender. While styling others may be challenging, it’s also extremely rewarding.

“I think it’s powerful as a woman to be able to style someone, especially someone I don’t know. I always say it comes down to trust. When I’m styling somebody that I don’t know personally, I look at their Instagram, pictures, etc., to get a feel for their style and personality. I don’t like to really put ‘gender labels’ or limitations on fashion. For me it’s not really about ‘styling for a man’ or ‘styling for a woman,’ the process is pretty much the same. I know for me, with my style, I don’t do that. I shop in the men’s section, in fact, I was just in a store the other day, and I realized I walked out without even going into the women’s section!”

That authenticity is what’s allowed Jamia to achieve early success in her fashion career, and now there are big plans in place for the future, such as a collaboration with Saturday’s Football. With rising careers in both soccer and fashion, Fields has a lot on her plate in the coming months. However fashion is never too far away with her being the “fashion confidante” for her team. In fact, she’s been described by media outlets as a “pertinent part of the team dressing room.”

In the meantime, the Houston Dash are in full swing with their “Fall Series,” and the team faces the Orlando Pride on Saturday night. This season is a special one full of “Mamba Mentality.”

“My first year playing I wore the number 24. To be wearing it again this year just means so much more. Kobe was a big inspiration for me.”

As we approach the Fall and Winter, Fields has some advice for being safe and stylish as we continue to battle this pandemic.

Wear a lot of neutral colors! There’s a bunch of masks out there that can compliment your outfit. Masks don’t ruin outfits! It’s just how you coordinate it with what you’re wearing.

In the fashion world, it’s common to get asked “who are you wearing?” Soon a lot more people will be saying “Jamia Fields.”

The 21 Best Soccer Players of All Time
The History of Hip Hop Fashion from 2000 to 2020
Did You Know That These Celebs and Entrepreneurs Own Soccer Teams?