This week’s edition of The Tartare Project hosted by Phil Toronto features Michael Mayer, the co-founder of Windmill. A consumer electronics company, Windmill is a small business headquartered in New York that focuses on building eco-friendly products that help keep the air clean. The brand’s most notable product is their personalized Windmill Air Conditioning unit that targets better airflow and smoother cooling while keeping away outside air.

Prior to co-founding Windmill in 2018, Mayer had a resume full of business experience, including being the co-founder of smartphone gadget Lookalu, and a three-year stint at Betterment For Advisors in which he served in various different roles.

Toronto and Mayer sat down for a 45-minute interview in which they discussed his career trajectory. Toronto began the conversation by asking Mayer about the decision to start Windmill. “Before Windmill there was no brand association or loyalty when it came to air conditioning. You know the big-name companies, but they haven’t been able to connect with the customer. For that very reason, this is an opportunity for innovation and experience.”

Growing up in Orlando, Florida with Disney World as his ‘backyard,’ education was a huge part of Mayer’s upbringing, attending college at the University of Pennsylvania, where he eventually received a Bachelor’s Degree in Economics. “I actually wanted to be an English major because I loved 18th Century Poetry in high school, “ he tells Toronto before going into the decision to go down the finance lane. “I went from an English major to finance. I spent the rest of those three years doing international currency finance and accounting. I felt the air just get sucked out of me. I wasn’t myself, and I wasn’t vibing on the stuff that I was learning. I ultimately graduated and realized that it wasn’t who I was.” 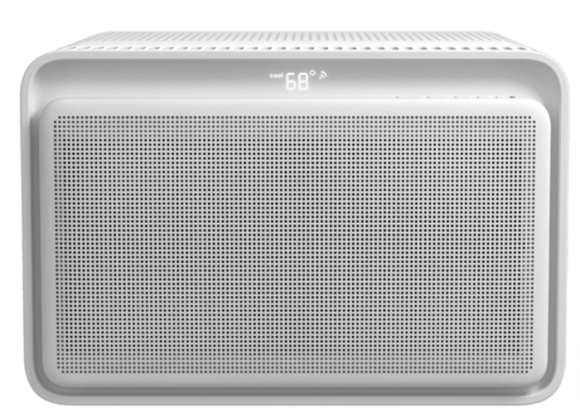 Like many young adults, Mayer had to discover himself and find his own path in life. That journey was a spiritual one that included lots of meditation and therapy. “I’m a big fan of mental health. Even if you think you don’t need therapy, it’s helpful to dig into your past to figure out why you are the way you are—especially with starting a business. It’s very helpful!”

As the conversation continues, Toronto and Mayer cover his decision to leave banking, trusting your ability to live in uncertainty, and his early career experiences. Naturally, the conversation gets back to Windmill, and how the company values their customer’s experience. “LG, GE, Frigidaire—they aren’t thinking about how to word their installation manual in a way that you would understand it—they have third-party companies doing their manuals,” he says before detailing Windmill’s game plan for the future. Ultimately the vision of Windmill is to expand outside of air conditioning and to think about air care more broadly—especially with Covid and the wildfires out west. Air care is becoming more important.”

For more on Mayer and his business Windmill be sure to listen to the full interview above. You can also check Windmill’s official website here.

How Jacob Zuppke Is Changing The Landscape of Petcare
Emily Schildt, Founder of ‘Pop Up Grocer,’ Discusses Her Entrepreneurial Rise
Annabel Lawee, Founder of Breeze, Wants To Reinvent How You Eat At The Airport