Staying physically healthy is an essential component of being a successful athlete. To ensure their performance remains at a high level, many teams/athletes have a designated strength and conditioning coach/specialist to help them keep in tip-top shape. Haseeb Fasihi has been a go-to trainer/player development specialist for many teams and athletes since 2010, working with some of the NBA’s brightest stars including Jae Crowder, Miles Bridges, and Robert Covington to name a few. Fasihi has been the strength and conditioning specialist for the Lakeland Magic (the NBA G League team for the Orlando Magic) the past three years and played a critical role this past season in making sure the players stayed healthy during a shortened campaign that saw the team winning the 2021 G League championship.

Taking a well-deserved break to relax and recoup, Fasihi will soon be back in action, and he caught up with ONE37pm’s Jael Rucker to discuss this past season with Lakeland, how he started his training career, and advice for young college students who also aspire to achieve a career in conditioning and player development. 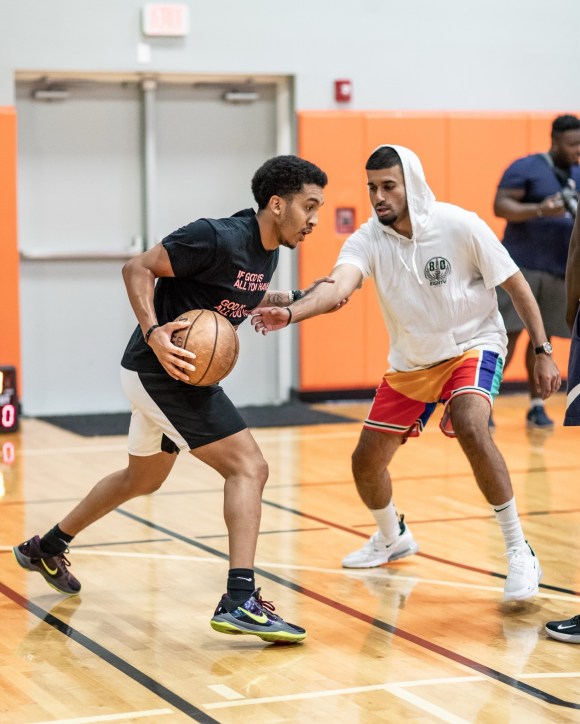 Jael: I wanted to first get your thoughts on the bubble. I know you guys weren’t out there for as long as the NBA, but I know it was still tough.

Fasihi: To be honest, it was exciting for all of us! We treated it as a way to evolve ourselves mentally, physically, and spiritually. I had a goal for the players to work on things to get them out of their comfort zones. A lot of the stuff I have players work on is reading books, staying on time, making sure they are communicating better than normal, and eating better than normal. With the bubble experience—all of the players had the resources needed to excel, and usually, the ones that utilize the most resources are the most effective.

Those first couple of weeks in the bubble taught us to establish a routine, and from there, move forward to keep building off that routine. The best part about the bubble was getting that routine, and working on winning habits. Lakeland has had a winning culture since 2017, so we had to make sure the new players understood how we go about things. It took time, in the beginning, to figure each other out, but once chemistry started building up, everyone began to understand one another, and it led to a championship.

Jael: How was the season? Did you guys go straight into playoff time, or were there exhibitions?

Fasihi: We had a 15-game regular season, a lot of back-to-backs. The players had to understand that going through the back-to-back process could mean more injuries, additional rehab processes, more treatment time, etc.—we had to make sure guys were playing effectively and recovering. My biggest goal as a strength and conditioning coach/player development specialist is to make sure guys are priming and at their peak at the right time.

We had a system where I tried to make sure everybody was sore and growing their tissues from the start of the bubble. When the playoffs came, we had a ‘one and done’ system similar to March Madness. There was a one-day break in between the regular season and playoffs and then three games to win the championship. 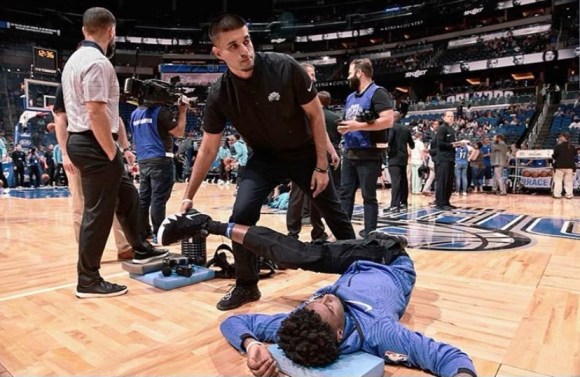 Jael: That is a lot of games in such a short amount of time, so what was your strategy?

Fasihi: Trying to figure out what everybody needs because every player has their own specific needs. I would always try to find out if players had a routine prior to the bubble that they wanted to continue. Myself and my performance staff had a logistic performance plan to work on stuff in a strategic way. The biggest goal was communication—we didn’t want players hiding injuries just so they could play. I had to deal with that over the past couple of years, where players weren’t expressing if they were hurt right away, but with this situation, we had to be as transparent as possible.

We noticed a lot of other teams dealing with big injuries in the bubble, and in speaking to the other strength coaches, they said the players were trying to hide it. So communication was one thing, and the second was finding a routine that worked for the guys in terms of implementing it over time.

Jael: Let’s take it back. When did you start training?

Fasihi: I started doing player development around 20 or 21. I had just gotten done playing overseas, and I wanted to get into injury prevention because I started going to UCF for exercise physiology. I was 21 when I worked with my first NBA player on the development side—that is my bread and butter. Over time I’ve had mentors along the way that have really helped me. There was a time where ESPN had an article that featured me.

I would forward that article to my mentors and people that I knew. One of my mentors at the time was the strength coach of the Orlando Magic; his name is Bill Burgos. He saw my progress, and then in 2017, the Orlando Magic invested in the G League team, and he asked me if I wanted the opportunity to work at the G League level. That was also when I started my strength and conditioning career. Everything prior to 2017 was player development, so now I have both roles, and players trust me on both sides. 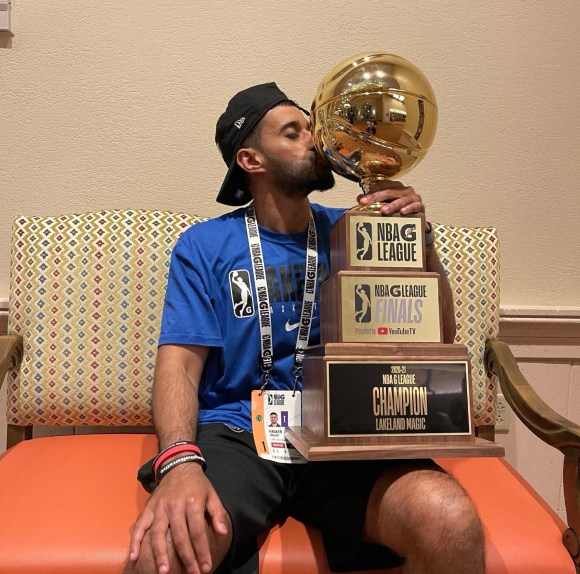 Jael: What would be your advice to anyone in college that wants to do what you do?

Fasihi: The best advice I can give is to just gain as much knowledge as possible and get as many certifications as you can. You also want to build relationships with people who are in the industry. You can’t just know people—they have to know you. People always say it’s ‘who you know,’ but if nobody knows you, then to me, there is no purpose for that phrase. The ones that really know me know what I am capable of doing. Build relationships and be persistent, but you don’t have to nag either. Just update them with things along the way, so they are up-to-date with your progress, and eventually, they will reach out to you. I never filled out an application to get into the NBA. It was more of a referral. It can be like that or the route of applying for a job. If you are applying, just make sure you have some sort of relationship within the organization or know their history because that can help your chances.

Jael: Final question. What is your plan for the future?

Fasihi: Right now, I’m still up-to-date with what Lakeland has going on performance-wise, specifically with their injury and medical prevention staff. The draft process will happen this summer, so God-willing I will be a part of that by helping the players work out before they get drafted. I will also have my off-season workouts in Miami—that is the new hotbed for NBA players to come train and hang out. I have a program/bubble situation here in Miami where players can come get their workout in and feel safe. That’s what the plan is, but still moving along the chain and making myself available for anybody, whether it is the NBA or working independently.

I have flexibility, and that is what I wanted. Learning from people who have worked in strength and conditioning for years has also been one of my biggest goals, and getting my masters remains one of my biggest priorities. I want to keep my clientele running independently.

The season will be back before we know it, so make sure you keep up with Haseeb on Instagram and Twitter.