About a week ago, I was working on a project that, honestly, I just wasnâ€™t all that jazzed about.

Iâ€™ve been writing for a while in the tech space, mostly covering topics like cloud services, cybersecurity, and JavaScript optimizationâ€”things that may not be super exciting to most people but that Iâ€™ve got enough exposure to via my training as a developer to discuss with some level of understanding.

On this particular day, though, my work had more to do with legal and regulatory requirements in an area barely adjacent to my primary areas of interest. Yay.

So, in a highly predictable moment of distraction, I found myself on Twitter, where I came across this tweet by one of my favorite content creators, Gary Vaynerchuk:

Passionate seems a little strong for something I know nothing about, I thought. And yetâ€¦

I was intrigued. So, being the voracious Googler that I am, I dug a little deeper.

After I finished what I was originally working on, of course.

Anyway, over the next few days, I went and found everything I could about NFTs. What follows is one tech enthusiastâ€™s take on an incredible new(ish) technology that might have some pretty wild implications for the future.

What even is an NFT?

Iâ€™m not going to take up too much time here defining NFTs, because there are plenty of resources about that (and here’s one!,) but itâ€™s good practice to let you know that NFT stands for â€œnon-fungible token.â€

Still, as one introductory guide to NFTs put it, â€œtrying to understand an NFT through the expansion of its abbreviation is like answering the question â€˜what is an mp3?â€™ with â€˜itâ€™s a MPEG Audio Layer-3.â€™â€

The key word here, then, is â€œfungible.â€

A fungible asset is something that is mutually interchangeable with something else of its kind.

There are plenty of these on the blockchain; Dogecoin is a fun example. So, if I sent you one Dogecoin from my wallet, and you sent me one of yours at the same time, nothing really happened aside from the two of us paying some unnecessary fees. What makes NFTs special, though, is that each one is unique. No two people can own the same token, and they canâ€™t be divided into smaller units.

This doesnâ€™t mean you canâ€™t exchange them, of course. But if you do trade one NFT for another, you do so knowing that even if they both command the same price on a certain day, the value for each is determined only by the demand for it.

But rather than getting into the technical and financial details, letâ€™s have a look at a couple of interesting contemporary use cases. 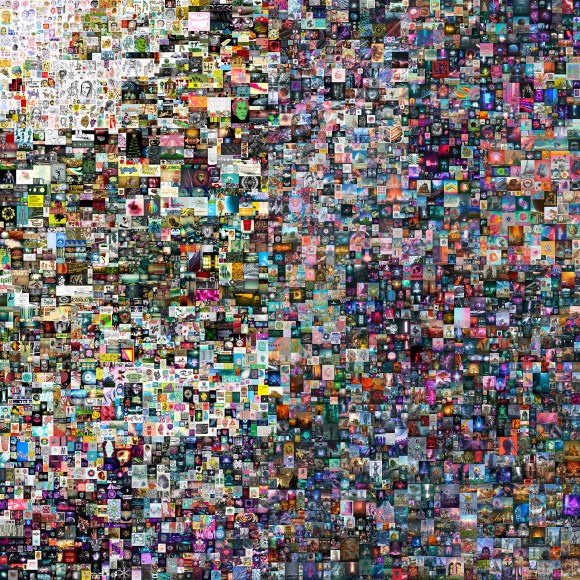 One of the most popular applications of NFTs at this particular juncture in spacetime is digital art.

Even outside of the digital world, the art space has always struck me as a funny one. Thereâ€™s no way exactly to quantify what a piece is worth â€” though you would expect it to be at least the cost of the materials with some consideration for the time taken in its creation. But what about the time taken before that, in learning how to create it? And then, what if it has some particular cultural relevance or encapsulates a moment in history?

All this comes into play when art collectors determine how much theyâ€™re willing to fork over for a piece, and theyâ€™re going to want some kind of proof that theyâ€™re dealing with the original work. This part is tricky because people have become quite adept at producing fakes.

With NFT art, however, the ability to verify authenticity is baked into the blockchain. The technology is designed for meticulous recordkeeping, making the owners and creator of a particular work decidedly unquestionable.

So yeah, I can copy and paste Beepleâ€™s Everydays: The First 5000 Days until my computer crashes â€” which it might, because at a whopping 319 MB, itâ€™s pretty beefy for a JPG. But unless I hit up Christieâ€™s auction house with a digital boatload of Ether come auction time, my newly-conceived dreams of legitimately owning this historic piece will, for now, remain just that: Dreams. 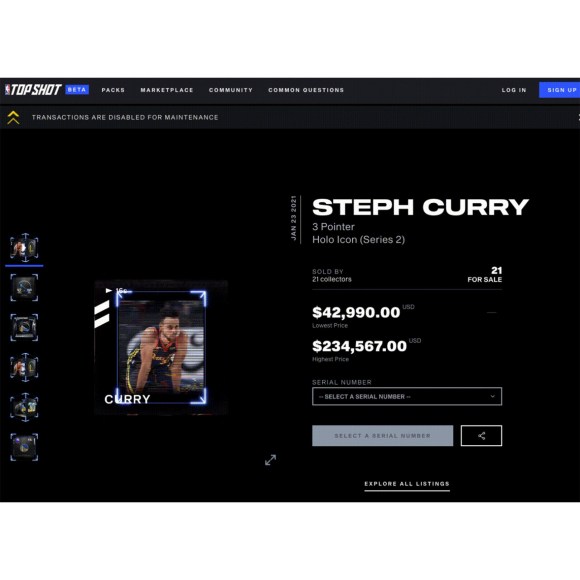 Sports memorabilia has come a long way since the early days of trading cards back in the late 1800s. Collectors still covet both antique and contemporary cards, but NFTs have allowed a newcomer to step onto the scene â€” officially-licensed â€œMomentsâ€ from NBA games via Top Shot.

A â€œMomentâ€ is a high-definition highlight from a particular game â€”often from several different anglesâ€”along with details about that highlight, such as player stats, box score, the game scores, the number of tokens of its kind, and more. If you look at the Moment shown in that gif of Steph Curry, youâ€™ll get a better picture of what this is all about.

The thing that makes this incredibly dope to me is that it seems to be what sports cards always wanted to be. Bringing together HD footage with 3D animation and a nice soundtrack seems like the perfect way to immortalize the best highlights of NBA history going forward, and more broadly, moments from other sports and live performances as well.

I could go on (and on and on) about awesome things happening with NFTs right now. Still, as someone deeply interested in the technology itself, I canâ€™t help but think about some of the more practical applications for something like an NFT.

For example, what if the title deed for a house lived on the blockchain in the form of an NFT, supported by a smart contract? This guy who had to take a 400km round trip twice to have a deed reprinted couldâ€™ve saved himself and his family a lot of time on the road.

Or what about ticketing systems? Digital technology is already eliminating fraud in the NFL, but NFT tech could take whatâ€™s already been done a step further by allowing purchasers to see a clear chain of ownership.

I can even see governments adopting the tech years from now in the form of state-issued identification. How cool would it be if NFTs were used as secure, verifiable driverâ€™s licenses, vehicle registrations, or social security cards? Youâ€™d never have to worry about leaving them behind or losing them again!

It only seems natural that as the world moves more and more away from physical paperwork, the only thing stopping us from digitizing important documents like these is the problem of authenticity and security. After spending the last week learning about NFTs, I believe weâ€™ve found a solution.

NFTs Are Changing the Music Industry Right Before Our Eyes
A Guide to Sorare: The Proper Football NFT Platform
NFTs Give Digital Artists and Musicians Superpowers