Outshine Talent is the mastermind operation that has launched the careers of some of the biggest social media stars and celebrities in the world including Charli and Dixie D’Amelio, Frankie Jonas, Coco Rocha, and more. Last week the agency announced the addition of their division expanding an exemplary talent roster with the signing of Adrien Nuñez and Carson Roney.  Nuñez is the first NIL signing for Outshine, and the signing marks a monumental milestone for the company. 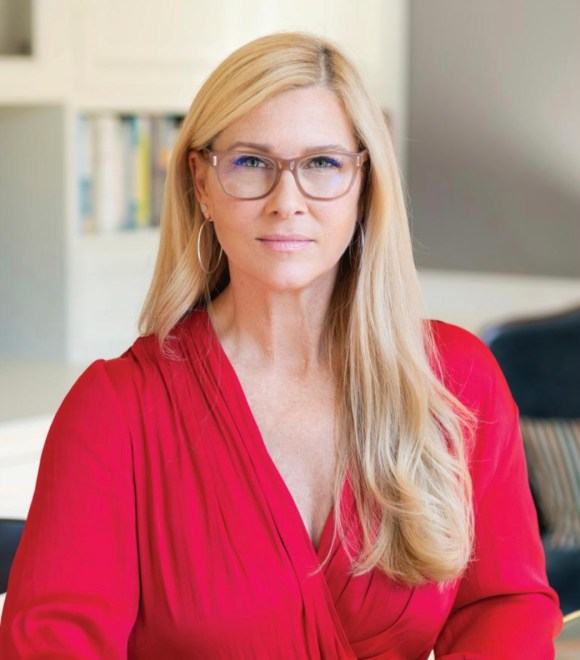 Headed by Barbara Jones, Outshine Talent develops and implements strategic, big-picture career plans specific to each of their talent’s roster. We spoke with Jones earlier this week to learn more about the agency, what a day in the life looks like for their clients, and what we can expect in the future.

ONE37pm: Outshine Talent has made some huge moves and signings over the years. Could you just talk a little bit more about the company’s evolution?

Jones: Prior to starting Outshine, I did influencer and social media marketing for brands, and TikTok hired our agency back when it was Musical.ly. That was originally how we started with TikTok, and we saw just how influential it was amongst high school students. My daughter found out about Charli D’Amelio, and it turned out that we both live in Connecticut. I connected with them for an influencer event that we were coordinating, and it was sort of like a snowball effect. I realized the D’Amelio family were going to need a team around them, so I created Outshine Talent, and slowly but surely we began adding new talent.

Social media has evolved a lot since I started at Columbia Records thirteen years ago. That was the beginning of blogging, the early stages of Facebook and Twitter, and before Instagram. I’ve gotten the chance to see it evolve.

ONE37pm: What does a day in the life look like for you?

Jones: Right now we have about 25 talents signed to our roster, and they each have a team around them. This includes a day to day manager, and just an overall support system. Everyone on our roster is at different stages of their careers. For example, we have one that is starting a podcast, and another that is working on an animated series. Everyday is different and about understanding where our talent wants to go. So we’re constantly vetting brands and negotiating deals. It’s super fun!

ONE37pm: Obviously the NIL news this year has impacted so much in the realm of college athletes, and you guys just announced some huge news with the signing of Adrien Nuñez and Carson Roney. Could you talk a little more about that?

Jones: We’re really excited! It’s the beginning of a new time. I’m excited to work with athletes  who are great with social media and have fun with it. The stress of school and athletics can be a lot already, so it’s important that these athletes have good people around them. I’m a mom myself, so I’m super protective! We have a real family environment here at Outshine.

ONE37pm: What do you think the landscape of college athletics will look like NIL wise as we are already seeing athletes secure huge deals?

Jones: I think it will eventually turn into a recruiting tool. Right now schools are a bit unsure because there have been so many rules in the past, and I think there will be some ups and downs, but overtime teams and players will have tons of opportunities to open doors for more up-and-coming athletes. There’s going to be a lot of evolution in the future with helping athletes who have bigger dreams of acting, modeling, etc. The goal is to help them build their brand.

ONE37pm: Can you walk us through Outshine’s other work, outside of NIL?

Jones: We work with talent in comedy, fashion, beauty, and plenty more. We have a lot of different niches and talent signed to those areas. We do a lot!

ONE37pm: What’s on the landscape for 2022? Anything you guys are working on right now?

Jones: It’s going to be a great year! Each of our talent has different goals, and we have podcasts, book deals, music, and animated series on the way. We are also going to be diving into the Crypto/NFT world which is something we are super excited about. It’s going to be great!