Post Malone first rose to fame in 2015 with the release of his single ‘White Iverson.’ The following year the artist released his debut album Stoney, which featured the hit ‘Congratulations’ and set a record for the most weeks on the US Billboard Top R&B/Hip-Hop Albums chart. In the five years since, Malone has continued his success with his follow-up albums Beerbongs & Bentleys and Hollywood’s Bleeding and has amassed a net worth of $30 million. Here is a breakdown of how the 25-year-old has been able to reach that number in just a six-year time period. 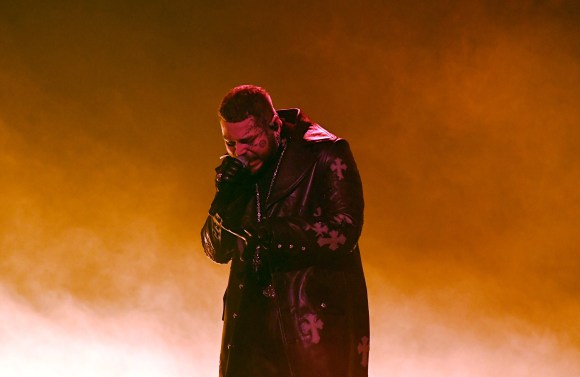 Post Malone was born in Syracuse, New York, where he spent the first ten years of his life, before moving to Grapevine, Texas. It was there that the budding artist discovered his love for writing music, and taught himself how to play guitar through YouTube videos. Malone used social media to build his profile and began gaining attention through his covers and original releases.

At this point in his career, the majority of Malone’s earnings have come from his music career and endorsements. The success of ‘White Iverson’ captured the attention of many esteemed rappers like Mac Miller and led the artist to sign a deal with Republic Records in August of that year. His first studio album, Stoney, went double platinum, and spawned two top ten singles with the tracks ‘Rockstar’ featuring 21 Savage, and the Ty Dolla Sign collaboration ‘Psycho’. 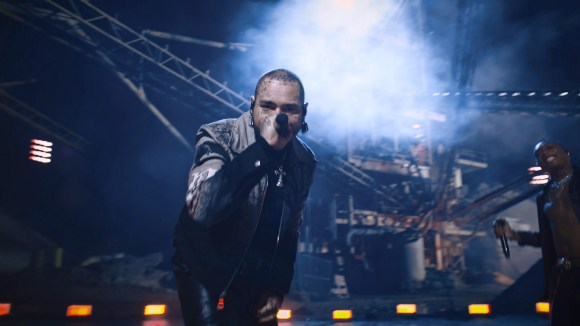 His sophomore album Beerbongs & Bentleys was even more successful, earning the artist four Grammy nominations, and breaking a streaming record on Spotify. His latest release, 2019’s Hollywood’s Bleeding, solidified his place as one of music’s most successful young rappers as the album broke Michael Jackson’s record for most weeks on the Billboard’s Top R&B and Hip-Hop Albums chart.

In the music industry, success on the charts doesn’t always mean that an artist is making a lot of money. In this current music climate, artists earn a good percentage of their money through performances and tours, and of-course, the more you know how to do on your own, the less money you have to payout to others.

Malone is his own principal songwriter, which means he gets to keep a higher percentage of his royalties as opposed to other artists who hire a team of writers for their projects. The rapper has also booked many performing gigs through the years, and has embarked on a major concert tour for each studio album.

His last concert, The Runaway Tour, was on track to be one of the biggest tours of 2020 prior to the pandemic cancellation, and was voted Best Hip-Hop/R&B Tour by the Pollstar awards over the summer. With the pandemic still being a concern, Malone hasn’t announced any new concerts, but is currently confirmed as one of the performers for Rolling Loud in May, and Rock in Rio in June. While Malone has never officially released his tour earnings, according to Forbes, the rapper reportedly grosses $500,000 per show. 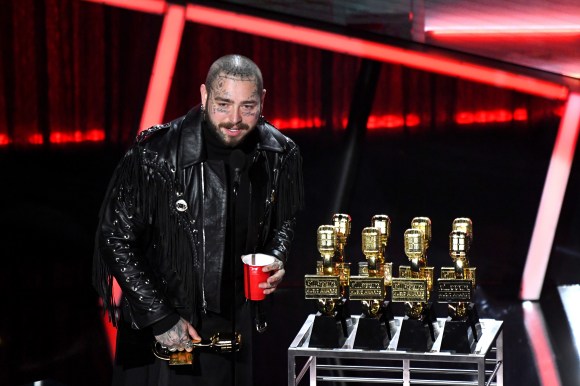 In addition to his musical projects, Malone has multiple brand partnerships, with his Bud Light deal being the most financially lucrative. Malone has performed at various Bud Light sponsored events, and has earned millions with the company. The artist also has also secured on-going partnerships with True Religion and Hyper X.

Post Malone is still only six years into his professional career, but appears to be on a good track in terms of his success and overall net worth. With more music in the works, and upcoming entrepreneurial ventures ahead, Malone certainly has the potential to wind up being one of music’s top earners in the future.

Amanda Nunes’ Net Worth: How Much Is The Double Champ Worth?
What Is Dustin Poirier’s Net Worth?
UFC Legend Anderson Silva’s Net Worth Doesn’t Just Come From Fighting in the Octagon