Gilang Bogy didnâ€™t think much of it when he was commissioned back in 2018 to create art for CryptoStrikers, the first soccer NFT project. It was a standard commission and he didnâ€™t know what an NFT was at the time.

In total, his limited-edition Iconics artwork has sold for over 300 ETH (~$1.2 million) since CryptoStrikers was rediscovered in August of this year.

This past fall, Gilang was commissioned for a Halloween-themed VeeFriends mini-drop, Spooky Vees. Spooky Vees is a collection of 31 NFTs featuring Halloween characters and currently has a floor price of 5.5 ETH.

Itâ€™s been a whirlwind with the explosion of NFTs but has given Gilang a chance to get much greater exposure for his artwork. I sat down with him to talk about the beginning of his career, what drove him to pursue art, and whatâ€™s next for this under-the-radar artist behind the artwork of two successful sub-sets of NFT projects.

Gilangâ€™s story is inspirational for both artists and aspiring artists as we break down how he went from a college student learning a new art style to being commissioned for widely recognized NFT projects.

How Gilang Got His Start As An Artist

Gilangâ€™s art career started back in 2013 after a friend in college suggested he learn a particular illustration style. It was Indonesian-based and called WPAP, which was popularized in the late 1990s by Wedha Abdul Rasyid.

The WPAP (Wedhaâ€™s Pop Art Portrait) style is characterized by vibrant colors and sharp lines. Often, it is used to transform photography into a cubed explosion of bright colors recreating reality with art one layer at a time.

Diving into this new art style helped Gilang rediscover a childhood passion. He remembered as a child when his fellow students were drawing simple mountains and rainbows, he was drawing detailed Dragon Ball Z characters under the guidance of his father, who taught him the basics of drawing.

It finally clicked for Gilang when a friend of his requested a commission for a piece of art. He realized he could earn an income by pursuing his passion, which wasnâ€™t something Gilang knew was possible, and thatâ€™s when he decided to make art his career.

I figured I could earn money from art to help my family, pay myself and pay my tuition.

At first, his family wanted him to look for a â€œproper jobâ€ with a regular, predictable wage, especially because Gilang studied Economics. However, his struggles in finding a job further validated his vision to pursue a career in art.

Gilang went on to say that his father, who makes furniture, had a business that was struggling. This only added to Gilangâ€™s motivation as he wanted to use his art as a way to give back and support his family.

Getting Commissions for High-Profile Brands and Projects

In 2014, Gilang submitted his WPAP artwork to a contest hosted by the WPAP Community Facebook Group with a special event focus on the 2014 World Cup. He ended up winning an award for the work and decided to share it on Behance, a network that allows creators to share their work and get discovered. In 2015, Coca-Cola contacted Gilang about a commission opportunity for a product that would be released a year later.

In 2016, just 3 years after teaching himself illustration with the WPAP technique, Gilangâ€™s design commission for 24 pieces of art of the German National team players was featured on limited edition Cola-Cola cans for Euro 2016: 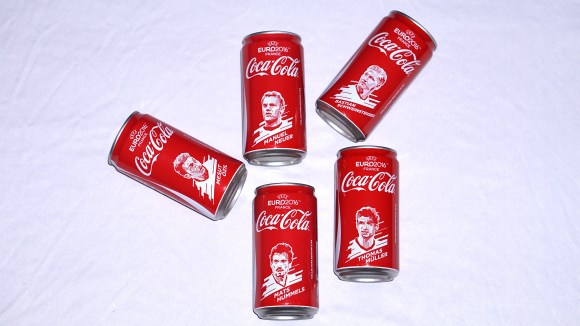 He continued to earn an income by freelancing while picking up various commissions, including AIG Japan to do illustrations that covered their office interior as part of the companyâ€™s 100th anniversary.

His artwork has also been printed on a bus in Indonesia, he was commissioned by Eurosport.com to create artwork for their website, and his artwork was used for a published book about Kobe Bryant titled Kobe: Life Lessons from a Legend: 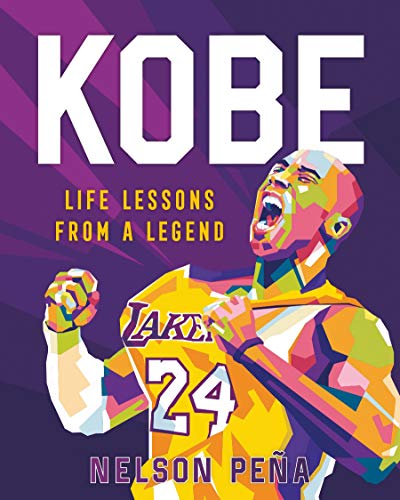 Thereâ€™s a second forthcoming book that will feature his artwork, â€œMichael Jordan: Life Lessons from His Airnessâ€ that will arrive in the spring of 2022.

Gilang remains grateful that his friend told him about artwork and that he took action when he felt his reignited passion. Sharing his work with others got him initial exposure and ultimately snowballed into more opportunities as he took on high-profile commission projects.

Although he missed the chance to receive an NFT from CryptoStrikers, the projectâ€™s creators gifted him 4 NFTs as a thank you for his work. They also connected him to Gary Vaynerchuk who Gilang now works with on VeeFriends, using his unique style to bring a different angle to some of the project’s artwork.

Growing as an Artist Through the NFT Space

Gilang demonstrated a lot of success when he went from self-taught artist to commissioning pieces for Coca-Cola and other brands, but he sees the ability to create scaled value from his work in the NFT space.

The application for Gilangâ€™s talent has broadened significantly with the increased interest in NFTs now that a market had formed around digital artwork.

Just four months ago, when his first-ever NFT artwork took off in value, it caught the eye of a prolific entrepreneur and NFT creator, Gary Vaynerchuk.

Gilang explained that this exposure opened a life-changing door for him, one that would put him under the mentorship of a successful creator after a Facetime call.

His first project, Spooky Vees, was a bit of a different style than he was used to, but he welcomed the opportunity to grow his skill-set to meet the needs of an NFT creator and explore how he could apply his talent further as part of additional NFT projects.

Gilang was also commissioned by the Nifty Gateway founder to produce the art for accomplished MMA fighter Cris Cyborgâ€™s NFT project. The project is currently sold out.

Gilangâ€™s goal is to maintain the mindset he had as a curious college student to grow his abilities as an artist as he grows within the NFT space.

Whatâ€™s Next for Gilang in the NFT Space

Gilang has built up an incredible talent and style (you can check out more of his artwork here), but his main concern is how to navigate copyright law.

His style of artwork transforms photography of famous athletes, movie characters, and recognizable people, but heâ€™s hesitant to release his own NFT project that borrows another individualâ€™s likeness.

It fits well for the type of work heâ€™s been commissioned for in the past but presents challenges when selling the artwork directly without permission or a license.

Many artists may find themselves in similar positions because theyâ€™ve been creating work their entire lives that are privately commissioned or are done for a brand that has the licensing agreement.

Gilang said his solution to navigate this uncertainty is to go back into learning mode. Heâ€™s excited to learn under Gary Vaynerchuk and is willing to adapt how he produces art to ensure that it is safe and protected in the future.

He also expressed that heâ€™s more than willing to be patient as the NFT space develops and that his style and talent will continue to grow with it.

His success is credited to curiosity, execution, and not being afraid to share his work. There are plenty of artists who have adopted the WPAP style, but his track record with high-profile projects and willingness to evolve gives him an edge as his career moves forward.