CryptoPunks is one of the most widely-recognizable and lucrative NFT projects of all time. The legendary collection of pixelated avatars has inspired numerous offshoots, from their collaboration with SaveArtSpace—bringing Punks to billboards around the US—to RTFKT Studios’ invocation of the collection in their sneaker project.

One of the most interesting uses of the CryptoPunks characters that I’ve come across, from both a technical and artistic perspective, is the PUNKS Comic, Issue 1, “The Hunt for the Lost Robbies” by Pixel Vault. By building off of existing static IP, the team behind Pixel Vault creates a more dynamic existence for collectors. Their flagship property, PUNKS Comic, launched earlier this month on May 10th.

The PUNKS Comic “The Hunt for the Lost Robbies” is a full-color 24-page comic drawn by Marvel and DC comics artist Chris Wahl, written and created by the Pixel Vault team. It is loosely based on the famed early crypto art given out at the inaugural Christie’s Tech Summit in London in 2018. From an artistic perspective, Punks Comic peppers in backstory and personalities to accompany the generatively assigned traits of 16 of the original CryptoPunks.

ONE37pm had an opportunity to speak with one of the co-founders of Pixel Vault, Sean Gearin. He shared with me a bit about the ethos driving the project: “The idea is to create IP around crypto-native projects; the PUNKS comic is the first project.” There will be another issue down the line, and Gearin even hinted at some other upcoming crossovers on the horizon. Do I smell a Bored Ape Yacht Club collab?

The mechanics of the project are where it really gets interesting. Buyers of the comics have the option to stake their comic for fractional ownership in the collection of the 16 Punks. Not only that, but by buying into a comic, you get to watch its NFT potentially increase in value commensurately with the original CryptoPunks NFT associated with the comic.

If buyers are looking to go a different route, they also have the options to burn their NFT to participate in the Pixel Vault Founder’s Vault DAO, which contains, among other works, serial #1/10,000 of the genesis PUNKS Comic, artwork by some of the most prominent artists in the NFT space (Hackatao, Killer Acid, Robbie Trevino), and even one of the original Robbie Barrat artworks from the 2018 Christie’s Tech Summit. Pixel Vault also announced their plan to provide 100% of the profits from PUNKS merch sales to $PUNKS token holders. Essentially, buying into the PUNKS Comic is much more than just an NFT purchase, it’s an opportunity to enter an evolving community.

The possibilities for the PUNKS Comic are truly endless. From merchandising to potential adaptations for film and TV, by bringing the CryptoPunks into a narrative world, Pixel Vault has opened up a world of opportunity for everyone’s favorite digital avatars. 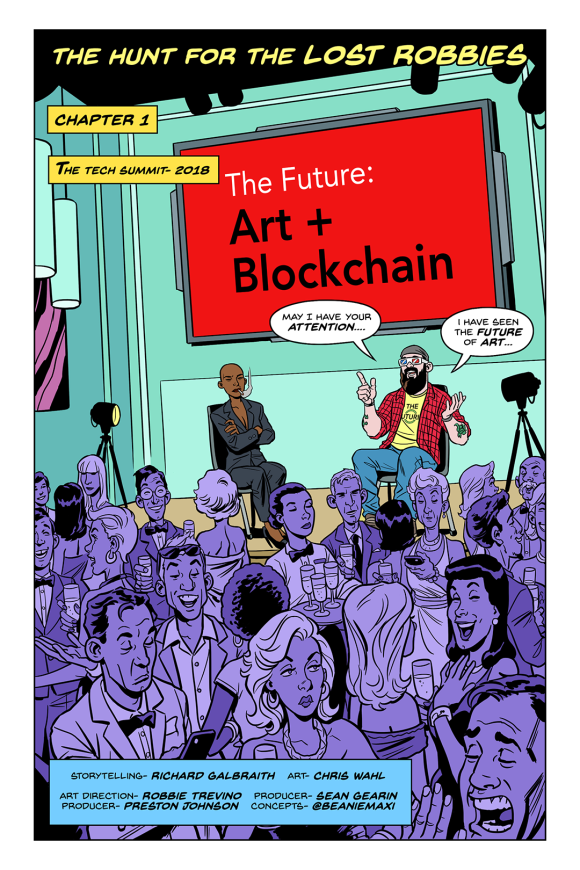 As of right now, about half of the Issue 1 NFTs have sold. There are still roughly 5,000 left that can be purchased for .2 ETH each here. This is truly one of the coolest NFT projects I’ve come across as the possibilities for its evolution are endless. I’m excited to see what Pixel Vault does next.