Their Web2 portfolio includes work for Nintendo, State Farm, and Click-up, the latter of which used their production talents for a 2022 Super Bowl commercial.

How Will It Work? 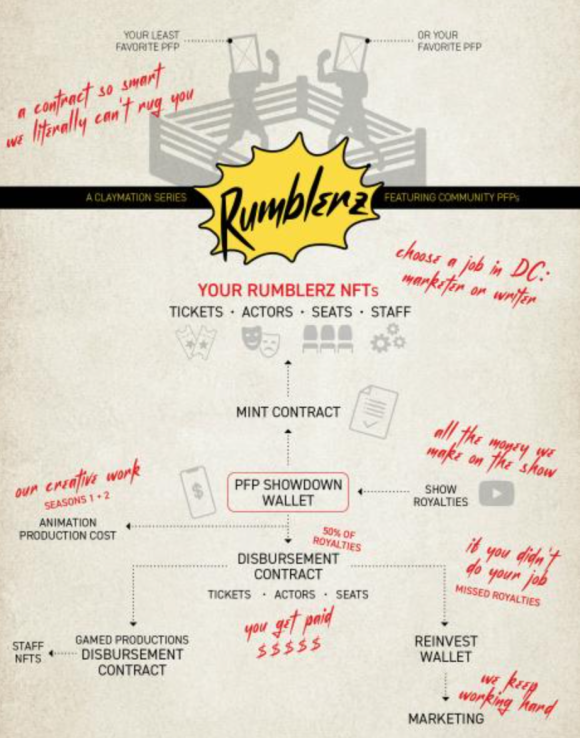 There are two types of Rumblerz NFTs: Tickets and Seats. Both provide governance, which will allow holders to vote on matchups, episode ideas, scripts, and the voice actors who will star in the show.

In return for participating, 50% of all revenue generated will go directly back to holders in the form of ETH.

To provide additional security, Rumblerz partnered with the Props Development team to program the royalty structure into the smart contract. (Props are the wizards behind other notable NFT projects, including Woodies, Deadfellaz, Boss Beauties and more.)

ONE37pm sat down with two of the Rumblerz founders: TheDood (Executive Producer) and Scriv (Head Writer). They shared their opinions on the current NFT market, along with their vision of where this project fits in the future of Web3. 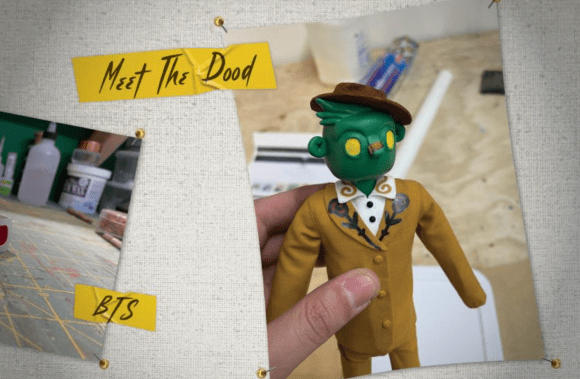 Across the board, NFT floor prices are currently far from their all-time highs.

Scriv believes this is because the current incentive structures in web3 are broken.

“The space has devolved into a round robin casino of sorts,” Scriv said. “Wherein the average user’s interest in a project is almost entirely predicated on how much they might be able to sell it for.”

Instead of building a new community, Rumblerz hopes to unite the ones that already exist.

The founders say the goal is to create a show where NFT PFPs can come together, be entertained, and settle their differences in the ring. They want to build a place where fans and newcomers can witness a battle for the ages, laugh until it hurts, and share in the wealth we were promised.