If you are up to speed on the emerging NFT market, you probably heard about the digital artist Beeple’s $69 million sale of his “Everydays: The First 5000 Days” collage.

For those who still don’t know what an NFT (Non-fungible token) is, they are pieces of digital content linked to the blockchain – a digital ledger guaranteeing the item is an original copy and is owned by a particular person. Just like cryptocurrencies are guaranteed by the backing of a blockchain, so is the authenticity of an NFT. For those who would like further details on the subject of NFT’s, check out this article we wrote. 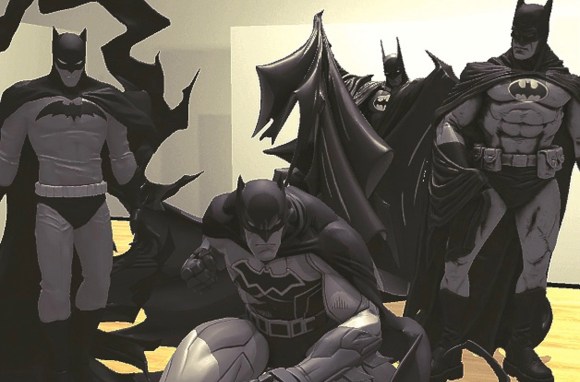 According to Veve’s parent company Ecomi’s website “VE-VE is an app-based marketplace for premium licensed digital collectibles. With VE-VE, users can obtain common, rare, or one-of-a-kind digital collectibles, customize and showcase them in the virtual showrooms, as well as buy, sell or trade collectibles with other VE-VE users – all from the palm of their hand.”

VeVe’s Augmented Reality makes it so that you can take a photo with your favorite collectibles. With their AR feature, you can scan your surroundings and tap on your phone to drop your digital collectible on any flat surface. You can then move, rotate and scale your collectibles and text them to your friends and family, or post them on your favorite social media channels.

In VeVe’s secondary market, you can get an idea of the value of your collectibles, buy the ones that you may have missed out on, or sell the ones that you currently own. Sales on the VeVe marketplace do not exchange cash, but instead, trade-in “gems.” 1 gem is always equal to $1 USD. You can then swap gems for Veve’s native token OMI, which fluctuates based on market value. 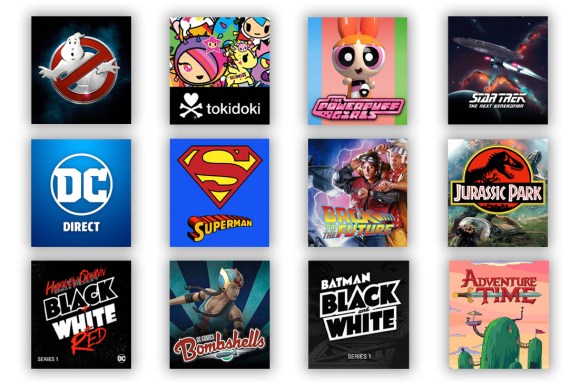 VeVe has already formed partnerships with some huge brands, including Warner Bros., Capcom, and DC Comics. Some of their most popular collectibles to date have come out of their Ghostbusters, Batman, Ultraman, and Harley Quinn drops.

Veve’s parent company, Ecomi’s global head of licensing–Alfred R. Kahn–is one of the biggest reasons for optimism on this platform. Before VeVe, Kahn was the founder chairman, and CEO of 4Kids Entertainment from 1991-2011. He is recognized as an industry leader and is responsible for more than $25 billion in retail revenue on partnerships that included brands such as Pokemon, YuGiOh, Teenage Mutant Ninja Turtles, Cabbage Patch Kids, and Polly Pockets. He also assisted with branding and licensing of Nintendo, Mario Bros, Zelda, Donkey Kong, James Bond, and the World Wrestling Federation.

According to VeVe’s website, future partnerships include upcoming drops for the NFL, Adventure Time, Monster Hunter, Star Trek, Jurassic Park, Fast and the Furious, and Superman. There are rumors on VeVe discord channels and Facebook groups about a possible partnership with Pokemon in the works, but as of today, that can not be confirmed. 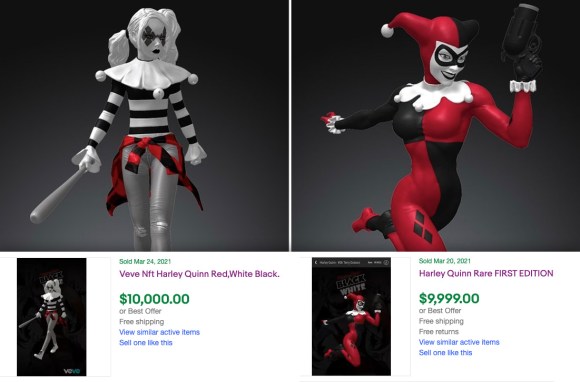 Early investors in VeVe digital art have already seen quite an uptick in the value of their collections. Some of the more rare and highly sought-after collectibles have popped up on eBay, such as two of the first edition Harley Quinn’s–designed by artists Terry Dodson and Steve Pugh–which have sold for $10,000/each on March 24th. The Steve Pugh design is an “ultra-rare” with just 500 minted and cost $79.99 to purchase. The Terry Dodson design is a “rare” with just 750 minted and also cost just $79.99 before it sold out.

The rarest of the series of four Batman Black & White Series 1 collectibles–designed by Edurdo Risso–recently sold for $6500. The original purchase price was $69.99. The “common” Todd McFarlane design minted to 7500 recently sold for $1525 on an eBay auction and was available originally for $79.99 when it dropped on the VeVe app.

The Big Barda collectible from DC Comics’ “Bombshells” recently sold for $2250. It is considered a “rare” and minted to 1044. The cost to purchase it was just $49.99 before selling out. 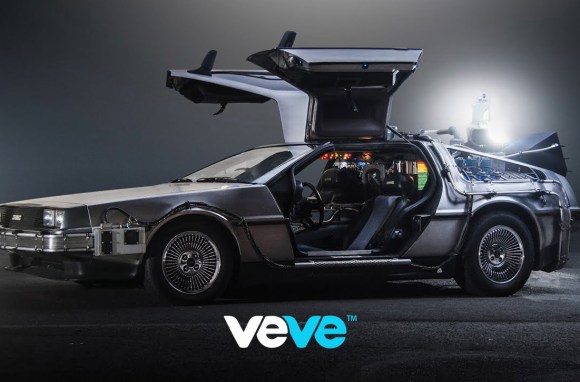 Some huge releases are on the horizon for VeVe, as the first “Back to the Future” NFT is set to drop on Thursday, April 8th at 11 am in the form of the brand’s iconic DeLorean Time Machine.

According to VeVe’s app “This premium digital format collectible is a highly detailed replica of the DeLorean Time Machine from the Back to the Future Movie, directed by Robert Zemeckis.”

There will be three versions of this collectible released, including an interactive one in which the doors open and close and the front wheels turn with the steering wheel. However, it is not drivable, a feature that will apparently be available in a later release.

Also set to drop on Tuesday, April 6th, is Mermicorno – Series 1. This is the first appearance of the popular toys, from Japanese lifestyle brand Tokidoki, on the Veve platform. 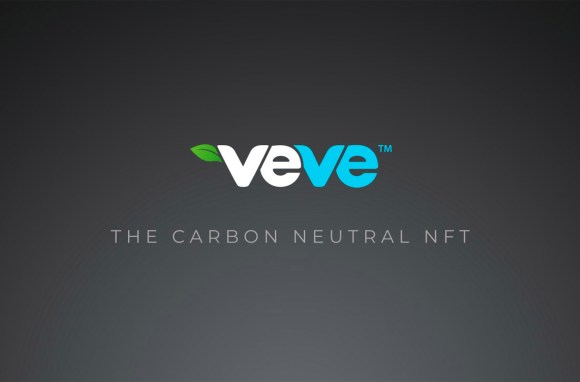 VeVe recently announced its plans to become the first carbon-neutral NFT platform, beginning with a commitment to offset 100% of the carbon footprint caused by the minting of NFTs, negating the environmental impact caused by distributed ledger technologies. Initially, VeVe will offset the carbon footprint by purchasing carbon credits equal to the amount of CO2 used in minting NFTs.

Co-Founder and COO, Dan Crothers said, “Being sustainable has always been a strong priority for VeVe and ECOMI since our founding. Our carbon neutrality pledge is a step toward making NFT digital collectibles and the digital AR metaverse part of a green, environmentally friendly future.”