Picture Ready Player One. A virtual world where game items can be collected, traded, and sold between peers.

Imagine taking a powerful item like the Holy Hand Grenade from one game into another freely.

This is the premise and power of NFTs in the Enjin ecosystem.

Enjin is a blockchain based gaming platform that focuses on making player-owned digital items like “NFTs” (non-fungible tokens). They offer ways to create tokens that can be used across multiple video games, and can also be used across various platforms from PC to mobile. Enjin NFTs allow players to have true item ownership of their in-game items, and trade them with others inside and outside of the game.

Enjin has had a herculean impact on the NFT space over the past several years—in fact their CTO Witek Radomski coded one of the first NFTs back in 2017!

How Does Enjin Work?

Enjin’s system is built off the back of the Enjin coin. This coin is a powerful divisible cryptocurrency that makes the spice from Dune look like cinnamon. Enjin Coin’s core utility is to forge blockchain assets like NFTs.

Every token minted on the platform is infused with ENJ, which is locked in the items and removed from circulation. The amount of ENJ in each asset can vary, from a fraction of a token (0.01 ENJ) to millions. Check this link to track the Enjin price. 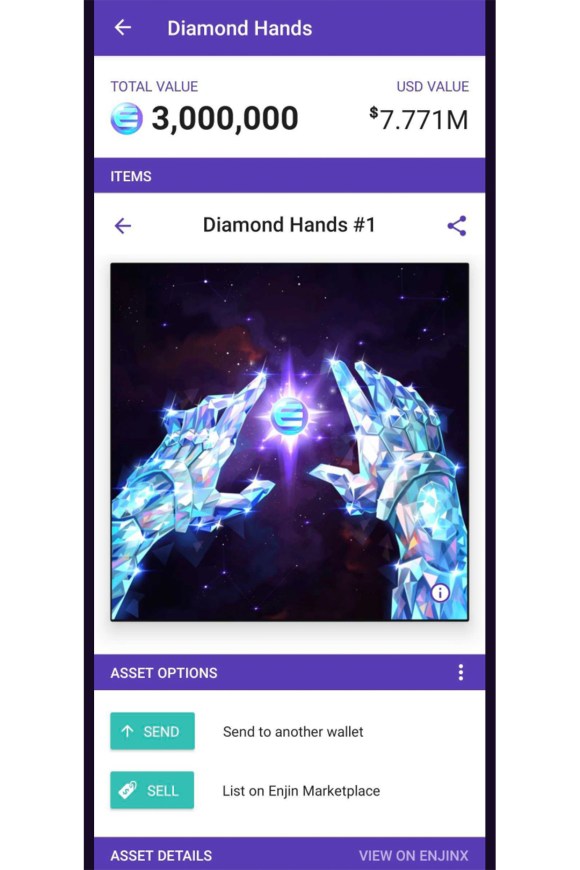 Why should I care about NFTs having Enjin in them? Two words my friends.

As the NFT market grows, influencers, companies, hobbyists and even some pro athletes are competing for the attention and money of the same pool of collectors. As the total number of NFTs scale over time, the supply will greatly exceed demand.

ENJ is a finite resource with a supply immutably set at 1 billion. No more can be made. Backing NFTs with ENJ guarantees the value and scarcity of your items.

As ENJ value increases, the scarcity of NFTs minted with a significant amount of ENJ becomes clear and tangible.

We can see in Enjin’s Binance Hoodie, a good example of an item that’s usable across several Enjin games. This is an NFT that has liquidity and utility due to it not being tethered to a single game. 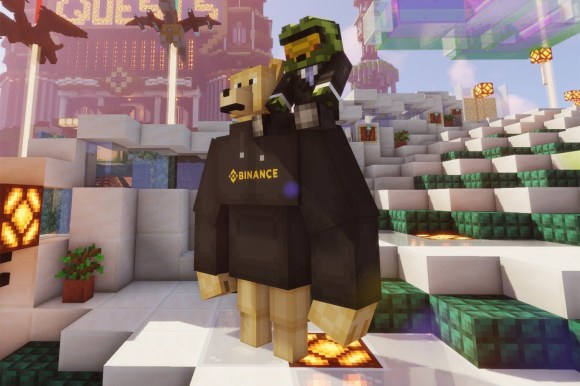 This is but a taste of the utility provided to an Enjin NFT. Not only is it different indie games, but this item is also usable in the largest game in the world: Minecraft.

Where do you store your Enjin NFTs?

With over 1.8 million downloads, the Enjin Wallet has more features and use cases than you can shake a digital sword at.

Besides being able to store both cryptocurrencies and NFTs, it also has an in-wallet exchange, a Dapp browser, a next-gen QR code system for receiving NFTs (“Beam”), and advanced blockchain gaming functionalities.

The Enjin platform itself also enables development teams of all sizes to easily mint, trade, distribute, and integrate NFTs into their games, apps, and projects without any blockchain coding experience.

Speaking of seamless integration, Enjin boasts a wide array of partners that are actively utilizing their technology, including Samsung, Microsoft and even BMW.

Scaling a mountain of fees

As the NFT market has exploded in trading volume, so has the cost of sending items.

Gas – the cost to move NFTs between wallets – has inflated to nearly 17 times the cost of what it was back in March of 2020.

An NFT that might only be sold for $3 may cost $30 in Gas to move. This gap in costs can cause stagnation in the free movement of items across the trading market. In that case, the player would have to wait for the transaction to process, which can take up to several days.

Enjin is innovating the way players use NFTs – down to the gas they spend on transactions.

“Today’s gas fees are not just a tax on the user, but they are also a tax on our environment. There is incredible urgency to enable creators to build sustainable businesses on the blockchain. This is a mission that we take very seriously and we are developing two scaling solutions to attack this problem. JumpNet will enable gas-free transactions and Efinity will allow tokens to move across chains. This fundamentally transforms the way we can do business on-chain.” 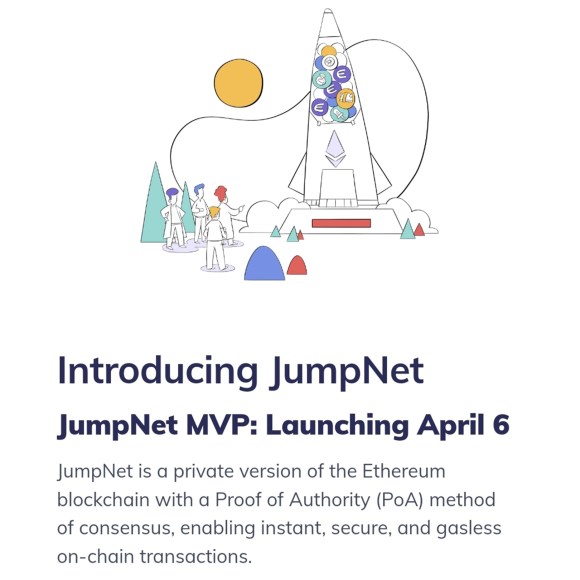 With this solution, Enjin users will be able to mint and trade their own items without having to spend gas to use the Enjin system.

Just like in the movie Ready Player One, you are going to be able to accomplish things thought possible only in fiction. The world of video games as we know it has been irreversibly changed thank to Enjin. Their cutting edge NFT technology is shaping how players view their gaming experience and the value of their time. No longer will society consider gaming a waste of time. It’ll be akin to the next generation of investing through players’ skill and grit.

The Future of NFTs Doesn’t Include Gas Fees
Decentraland and Cryptovoxels: An Introduction to Digital Ownership
Lost Relics: An RPG Where You Play to Earn NFTs