Recent news broke of LEGO’s partnership with Epic Games (Fortnite) to create a joint Metaverse project aimed at kids. This has fans of Fortnite, LEGO, and the Metaverse in general talking from all angles, and as a LEGO content creator, I want to weigh in on the perspectives I’ve picked up through my LEGO community, @MiniSuperHeroesToday.

While I was learning about NFTs and the Metaverse last year, my initial thought was: do I see the world becoming more digital or less digital as time rolls on? Of course, any person of cultural awareness will agree that the world is becoming more and more immersed in digital reliance. From fully downloadable video games, to streaming new movies from home, to VR adoption in the living room, there’s no doubt that digital experiences are gaining prominence (albeit slowly, in my opinion.)

Epic Games has had insurmountable success with Fortnite, so I have all the faith in the world that they will deliver on the gaming aspect of this collaboration. As for LEGO, though…

Look, I’m a huge LEGO fan. I build a new set almost every day, and I’ve put out new content daily for over seven years. I like to think I have a pulse on the LEGO world, and with that, I do have my concerns for this venture. To shed light on those concerns, we need only to look back at LEGO’s last few ventures into the digitalization of their toys. 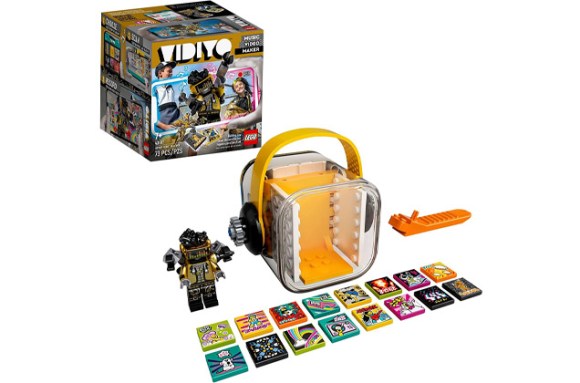 The most recent tentpole venture into the digital realm for LEGO was their VIDIYO theme. VIDIYO was a collaboration with Universal Music to create an app-based play experience that allowed kids to scan their VIDIYO sets, minifigures, and more into the official VIDIYO app to create music videos, similar to TikTok. The app was limited to what songs could be chosen (from the Universal catalog, of course) and due to keeping kids’ privacy safe, the social aspect within the app was heavily monitored and guarded so as to not give away any kids’ personal information. Of course, I am all for the privacy aspect, but without potential for a creator to grow like TikTok or YouTube offers through followers, or opportunities to rank up like in Fortnite, what longterm benefit does creating content on an app like VIDIYO offer? The sets did not sell well, so much so that the second wave of minifigures never even hit store shelves due to low interest from all LEGO collecting demographics. 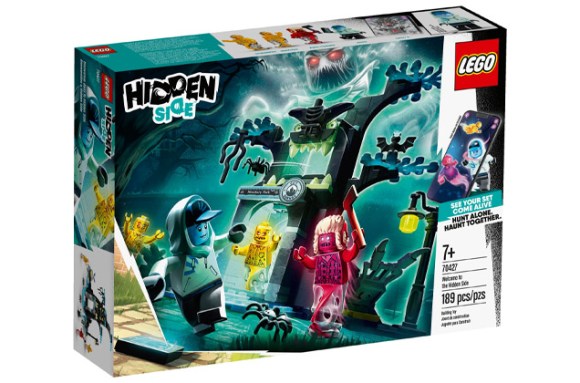 Unfortunately, VIDIYO is not LEGO’s first lukewarm attempt to venture into digitalizing their toys. The now-retired Hidden Side theme encouraged young builders to use a phone app to unlock games and a literal “hidden side” to the monster/ghost-themed sets. I’d argue that this was a better venture into digitalization than VIDIYO was, but the Hidden Side sets were still popular independent of the app usage, where many people I know never even bothered to download the app yet owned every set that the theme offered. With VIDIYO, the sets were basically pointless without the app, and with Hidden Side, the sets were great without the app, so both cases show stories where LEGO would’ve been better off to not have the app at all and focus on the quality of what fans of all ages are after in the first place: the sets. 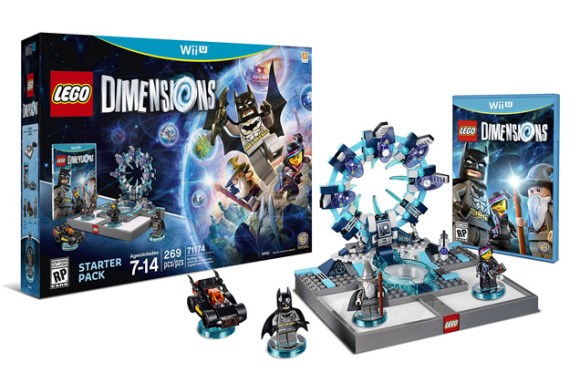 One positive venture that LEGO offered into the digital space was the LEGO Dimensions video game. This was a toys-to-life game, similar to Skylanders or Disney Infinity, that offered players the chance to import their real life minifigures into the game via Toy Tag discs. This game was phenomenal, and crossed so many amazing franchises like Back to the Future, Ghostbusters, The Wizard of Oz, and countless others into one streamlined game. Unfortunately, the game came out just a tad too late into the toys-to-life craze, and with a finite amount of new sets that could be released in conjunction with the game, it eventually fizzled out. I was a huge fan of this game, and to this day I feel that it was LEGO’s best entrance into the digital space to date.

While my last few examples have shown some negative sides to LEGO’s digitization attempts, it’s hard to ignore their bright spots of success, too. The LEGO Star Wars games of the mid 2000s are still talked about today, and the recently-released Skywalker Saga game is on the top of everyone’s minds right now. There have been countless hit games from LEGO and Traveler’s Tales over the past two decades, and it’s also important to highlight the success of LEGO’s Minecraft competitor, LEGO Worlds. It’s true that LEGO can develop some phenomenal video game titles, and with their recent additions, it stands to reason that they’ve got plenty of gas in the tank to keep it going.

Where Does That Leave LEGO in the Metaverse?

Unfortunately, I think it’s too early to say for two reasons: the Metaverse is still early, and we have no idea what LEGO’s end product will be.

The Metaverse literally offers endless potential for what could be in the digital space. From VIP concert experiences to amazing VR games, the limit for what can be done remains to be seen. Still, the Metaverse as a concept is still in an early adoption phase. NFT art collections continue to grow in popularity and everyday integrations like AMC offering NFTs with their movie tickets show that Metaverse applications are making their way into our lives more and more as time rolls by, and those yet-to-be navigated waters leave so much potential for what can be done with Web3 and beyond.

Much like the Metaverse itself, the potential for what LEGO and Epic Games could be working on is almost impossible to guess at this point, but I do have my concerns about the appeal of a LEGO Metaverse project. In my community, LEGO fans are enthusiasts because of the physicality of building, owning, and displaying a physical product. In fact, when the rumors circulated about LEGOxEpic Games’ collaboration, I saw tons of excitement in the community for potential LEGO Fortnite sets. When the news broke that the collaboration was for a Metaverse project and not physical LEGO sets, the excitement petered out almost immediately. That’s not to say the end product won’t be good, but I offer that perspective to show that LEGO fans (generally) are fans for the sake of building a real set in the physical world, and shy away from anything that steps away from that (such as VIDIYO’s app reliance, Hidden Side’s app integration, or Dimensions’ attachment to the toys-to-life fad.)

It remains hard to say what LEGO’s entry point into the Metaverse will be, especially knowing Epic Games is involved. Will the project be like LEGO Worlds, a Metaverse LEGO-Minecraft? Or, will it be like Fortnite, except with minifigures as the main characters? Time will tell, but we can rest easy knowing that LEGO owns one of the most valuable toy IPs in the world, and Epic Games knows how to make great content. Truth told, I’d like to see LEGO sit back and let Epic Games take the reins of this project. I love LEGO, and I believe that the vast majority of what the offer builders is good, positive, and continually getting better… but as we’ve explored, video games/digital entries that stray further and further from physical toys have not been LEGO’s strong suit, and I hope and trust that they acknowledge this.

As I said, time will tell what comes of the project, but I’d love to hear your thoughts! Hit me on any platform at @MiniSuperHeroesToday, and stay inspired!