Trying to rank the best to play in the NHL is nearly impossible. Are points more telling of a great player or Stanley Cups wins? And what about the goalies?! We took a look at a culmination of stats and impact that these top-tier players have had on the NHL. Here are the best NHL players of all time. 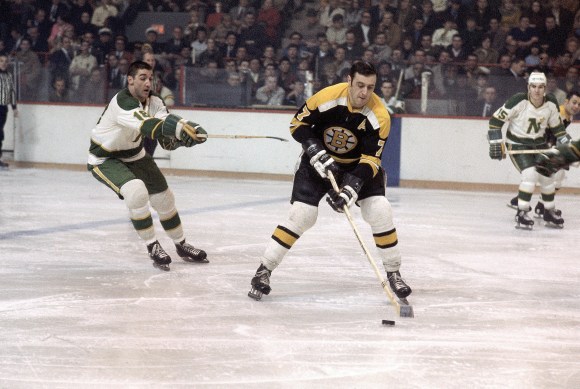 Phil Esposito played a bulk of his career in Boston with some split time between New York and Chicago. He was named to eight all-star teams and won two Hart memorial trophies. Esposito was a master of the deflection goal and found much success hanging near the net for put-back goals. Esposito finished his career top 10 in points and goals. Esposito also held the then record for goals in a season and points in season at the end of his career. He won two Stanley Cups with the Boston Bruins. 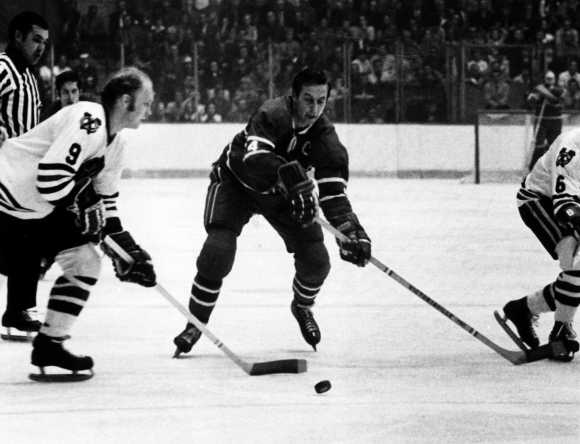 Jean Béliveau played all of his twenty NHL seasons with the Montreal Canadiens. He helped Montreal stand as the winningest team in NHL history, adding ten Stanley Cups to the organizations trophy room. Béliveau was most known for his outstanding impact in the postseason. He put in 176 points in 162 post-season appearances. Béliveau also has two Hart memorial trophies on his resume. Although Béliveau’s numbers may not stand atop the all-time list, his impact in the most meaningful games is what secures his spot on this list. 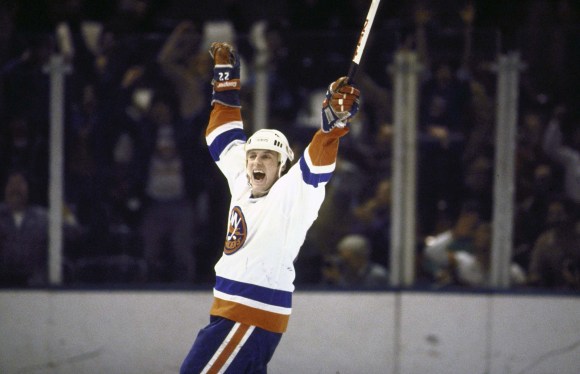 Mike Bossy played all ten of his NHL season in a New York Islanders jersey, and made quite the mark on the city. He put up over 1,100 points and helped bring the city four Stanley Cups. What’s maybe most impressive is what Bossy was able to accomplish in the short time he was playing. Most players on this list have 20+ years of experience, but Bossy only played 10 years. In fact, Bossy doesn’t rank in the top 300 players for games played, but sits at 22nd all time in goals scored. Bossy put in over 80 game winners throughout his career and finished with a .762 goals per-game, the highest mark in NHL history. 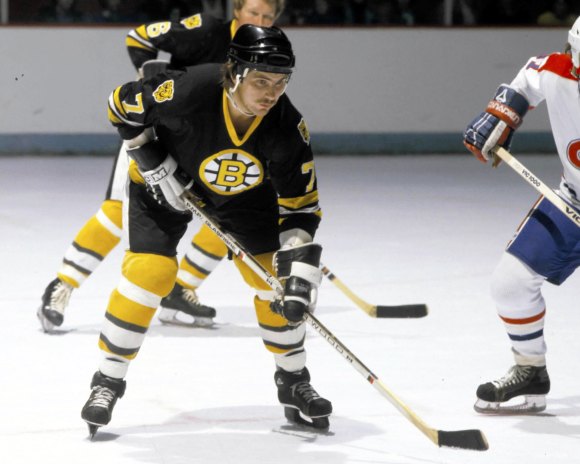 Ray Bourque sits as maybe the greatest defensemen in NHL history. He holds the record for goals, assists, and points all-time for a defensemen. He also holds the record for shots on goal by a healthy amount. Bourque played a majority of his career for the Bruins, but was able to win one Stanley Cup in Colorado with the Avalanche. He ranks eleventh amongst all players in total points scored as a player. There are few defensemen that can hold their resume up to Ray Bourque. 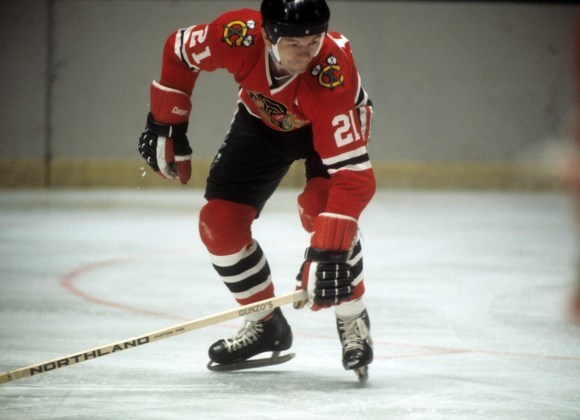 There is no greater Chicago Blackhawk legend than Stan Mikita. Mikita was born in the former nation of Czechoslovakia, making him the first European born player to suit up in the NHL. He played all 22 of his seasons in Chicago and earned legendary status in the city. Mikita put in nearly 1,500 points, good enough for 15th all-time. He also helped the Blackhawks win their franchises first Stanley Cup. Mikita would lead the league in scoring on four separate occasions and take home two Hart memorial trophies. 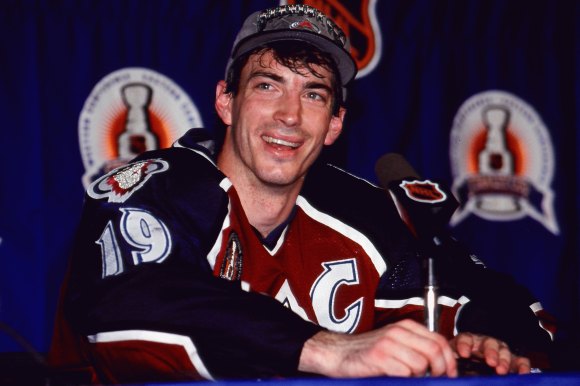 There is no question that Joe Sakic sits near the front of the greatest NHL players of all time. He played in the NHL for two decades and helped the Avalanche win two Stanley Cups in 1996 and 2001. His 1,641 points is good enough to place him 9th all-time in points scored. He put in over 80 game winning goals throughout his career. Sakic also won a single Hart memorial trophy in the 2000-2001 season. 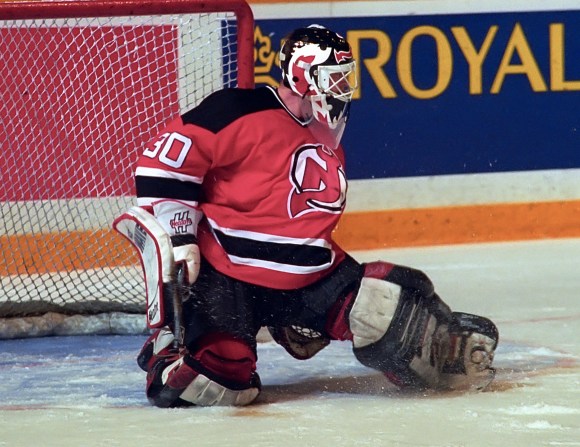 When looking at the best goalkeepers in NHL history, no one statistically can stand the test of Martin Brodeur. Brodeur played all but seven of his 1,266 games with the New Jersey Devils. He sits atop the list of wins and shutouts all-time for goalies. His 691 wins in net puts him 140 wins above second place. Brodeur won three Stanley Cups with the Devils and won four Vezina trophies, which are awarded to the best goalkeeper. 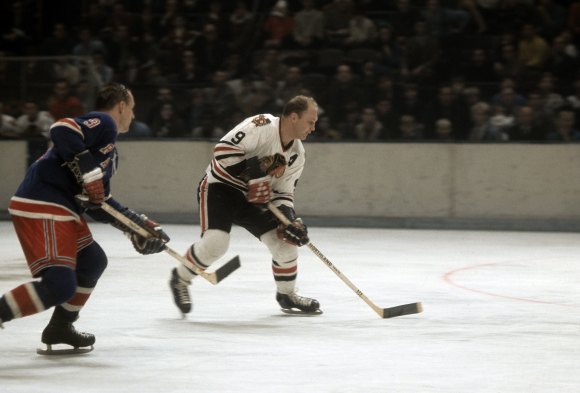 (Photo by Focus On Sport/Getty Images)

Bobby Hulls was an NHL icon for his otherworldly ability to rifle a shot at the net. Hull was known to send slapshots at the opposing goaltender at up to 120 miles per hour. In his 16 year career he put in over 1,100 points and over 600 goals. Alongside Stan Mikita, he helped bring Chicago it’s first Stanley Cup in 1961. 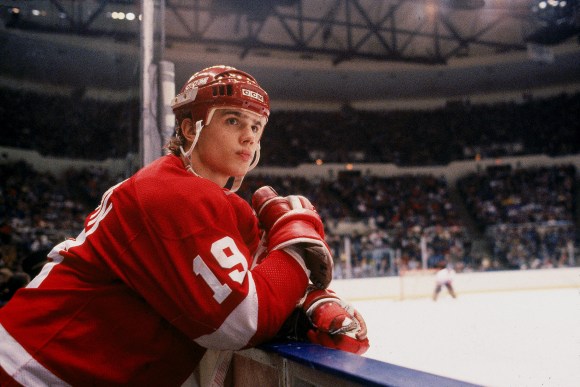 Steve Yzerman played all 22 of his NHL seasons for the Detroit Red Wings, and built quite the resume in that time. He was named the youngest captain in Red Wing history in 1988. He helped add three Stanley Cups to the Red Wings trophy room. He also notched 1,755 points, which puts him 7th all time. Yzerman was named to 10 all star teams throughout his career and was inducted into the hall of fame in 2009. 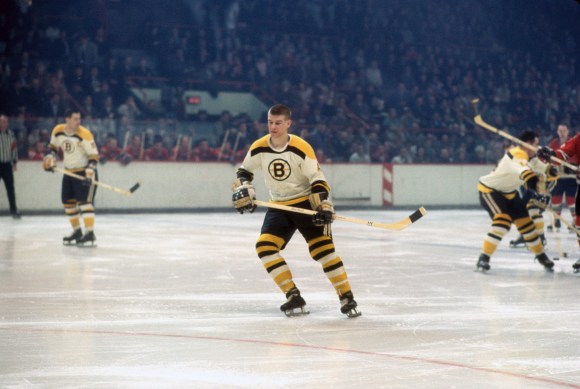 Bobby Orr was a key factor into the evolution of what a defensemen is capable of doing. As a defensemen Orr led the league in scoring twice. In just 12 NHL seasons, Orr was able to win two Stanley Cup’s, and was awarded the Hart memorial trophy on three separate occasions. Thanks to Bobby Orr, defensemen have the opportunity to be their teams leading scorer. 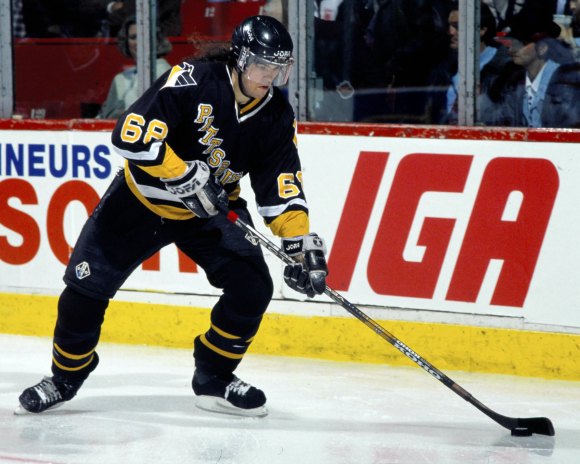 There are few NHL players who’s name is as universally known as Jaromír Jágr. Jágr played in 24 NHL seasons and in three different decades. He has suited up for 9 different NHL franchises and sits fourth all time in games played. Jágr sits second all time in career points, with only the great one Wayne Gretzky in front of him. Jágr won two Stanley Cups in Pittsburgh and is undoubtedly one of the most iconic NHL players ever. 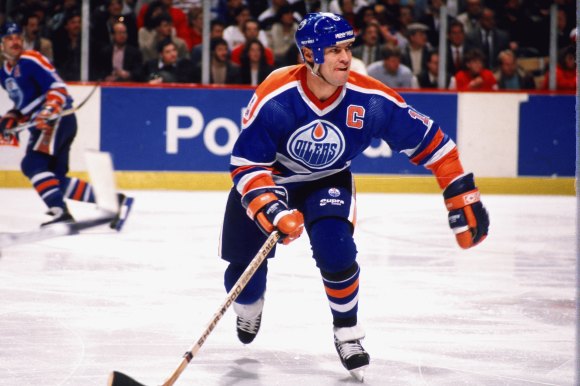 Mark Messier suited up for three different NHL franchises over his 25 year career. He played in 1,756 games, which is good enough for 3rd all time. His 1,887 points ranks him 3rd all time in points. He won six Stanley Cups throughout his career and two Hart memorial trophies. 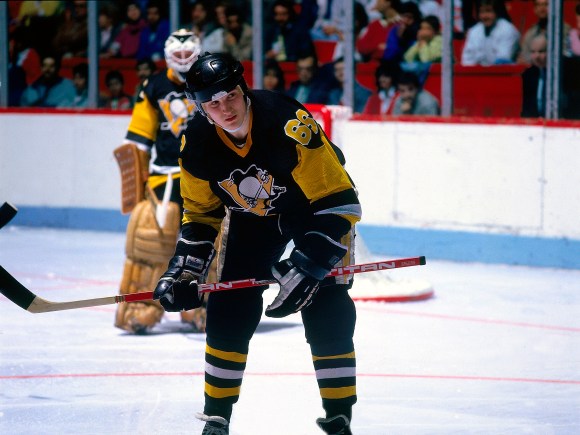 Mario Lemieux would no question be the best player during his era, if he didn’t have to play at the same time as Wayne Gretzky. Lemieux played all 17 of his NHL seasons in a Penguins uniform, and brought two Stanley Cups to the city of Pittsburgh. His 1,723 points puts him 8th all time. He was always able to notch three Hart memorial trophies and led the league in scoring three times. 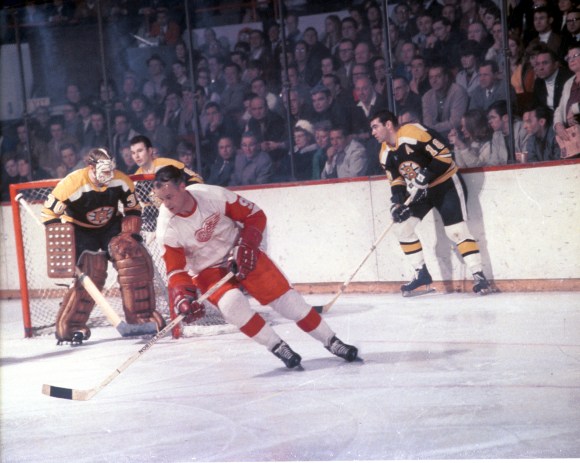 There is no person in hockey who deserves the iron-man title as much as Gordie Howe. Howe played all 25 years of his NHL career in Detroit. He holds the record for most games played with a single franchise, as he suited up for 1,687 games in a Red Wings uniform. Howe led the league in scoring five separate times and sits 4th all time in points. He secured six Hart memorial trophies and four Stanley Cups throughout his playing days. 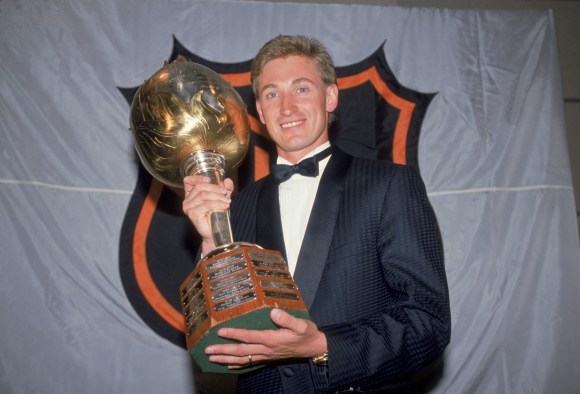 To earn a nickname like the ‘Great One’ you have to accomplish some pretty great things, and Wayne Gretzky did just that. Gretzky captivated the eyes of Americans throughout the 80’s and 90’s, and helped bring hockey to new heights. He led the league in goals five times, and in assists for 13 straight years. He ranks first all time in points, goals, and assists. If you took away all of Gretzky’s goals, his 1,963 assists would still put him first all time in points. Gretzky won four Stanley Cups and a record nine Hart memorial trophies.

Best College Quarterbacks in 2022
Who is the Best Golfer to Never Win a Major?
The 10 Best NHL Goalies of All-Time