There is no bigger stage in basketball than the NBA finals. A culmination of the 20+ week grind that is the regular and postseason schedule, the finals are the last chance for players and teams to put everything on the line for a coveted title. There are certain performances in the finals that transcend mother time and will forever be regarded as historic. Seeing the best players in the world go into fight or flight mode as their backs are against the wall facing elimination. Here are the highest scoring NBA finals performances.

What LeBron James was able to accomplish in 2018 with a depleted Cavaliers roster was special. 2018 was truly the year LeBron earned the moniker LeGM. Over eleven players were moved either from or on to the Cav’s by the trade deadline of this year. Despite a shaky roster, Bron was able to power through the east and take the Cav’s to their fourth straight finals. His highest scoring NBA finals performance would come in game one. Despite a 10 point loss, LeBron James put up 51 points, 8 rebounds, and 8 assists. The Cav’s would go on to lose in four games and LeBron would take his talent to Los Angeles. 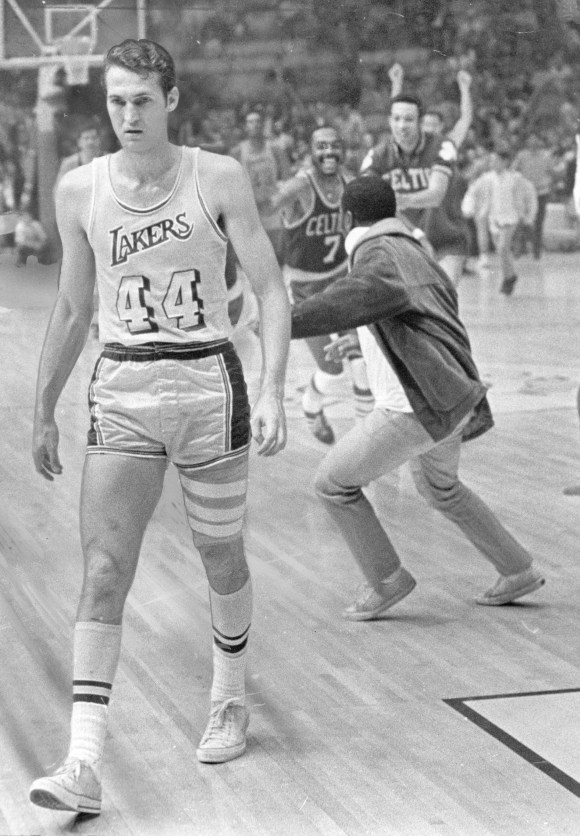 There are few men in NBA history who have experienced the pain and torment of losing quite like Jerry West. Despite winning one NBA title as a player, West is most-known for his eight NBA finals losses. One of those losses came at the end of the 1968-69 season. In game 1 the Celtics decided not to double-team West in hopes that the previous series had fatigued him. Instead West came out on pure adrenaline, dropping 53 points and 20 assists. The Lakers would win that game by two points, but the series would go seven games. West’s game seven performance would be an epic triple double of 42 points, 12 assists, and 13 rebounds. The Lakers would lose game seven however. West would be awarded the first and only finals MVP to a player on a losing team.

When talking about the forefathers of scoring in the NBA, it’s criminal to leave Rick Barry’s name out. Despite shooting his free throws underhanded like my 81 year old grandma at the YMCA, Barry was elite at putting the ball in the basket. His highest scoring NBA finals performance would come in game three. Barry’s Warriors were down 2-0 heading back to San Francisco and needed something epic to get back into the series. No one could stop Rick Barry as he put in 55 points and nabbed 12 rebounds. The Warriors would go on to lose in six games, but Barry cemented himself with this game three performance.

When you dominate on the biggest stage year in and year out, you earn the title of GOAT. Michael Jordan did just that and more in his six finals performances, never losing once in the finals. Many point to the 1995-96 season the Bulls won 72 games. The 1993 team was maybe the most complete however. After a game three loss, the Bulls led the series 2-1. Jordan took that loss personally and delivered a 55 piece en route to a six point win. Jordan would average 41 points across the six game series and be awarded his third NBA finals MVP. 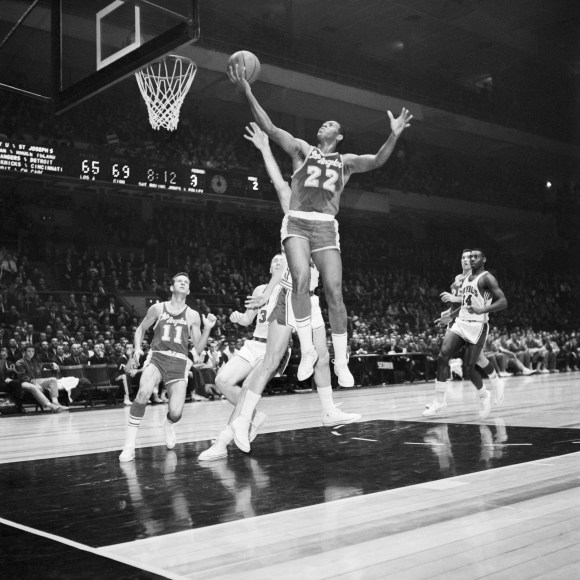 There are few people in NBA history that can score like Elgin Baylor. His 1962 NBA finals series rivals that of any NBA great. In a tight seven game series against the Boston Celtics, Baylor averaged a maddening 40.6 points. His highest scoring NBA finals performance would come in game five. With the series tied 2-2, Baylor dropped the first ever 60 point NBA finals performance, while simultaneously grabbing 22 rebounds. Baylor and the Lakers would go on to lose game seven in heartbreaking fashion by only three points.