Pickleball’s presence in the United States is soaring and that means players across the country continue to dive deeper into the sport.

With courts and facilities popping up all over the U.S., pickleball is becoming a force in the American sports landscape.

The sport has a rising number of youth players. Pickleball has primarily been a game for adults, but that is quickly changing.

On the surface, it may seem close to tennis, but there are plenty of nuances that differentiate pickleball from other sports.

ONE37pm looks at some of the most important pickleball rules that every player should know before they hit the courts.

Pickleball is played in a singles or doubles manner.

The sport is played on the same size surface regardless of singles or doubles play.

The pickleball court is 20 feet in width by 44 feet in length. 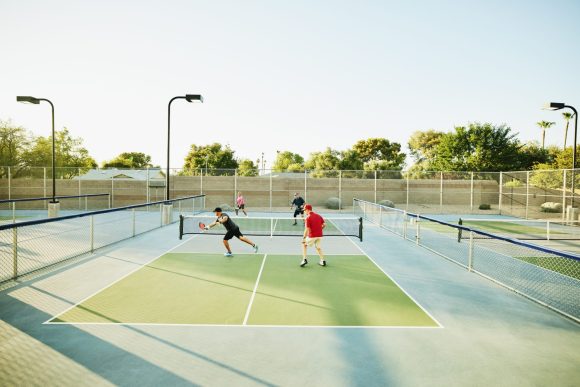 ‘The Kitchen,’ also known as the No Volley Zone, is seven feet long on both sides of the court and players can only enter when the ball bounces.

The ball must bounce on each side once after serving before a player or team can volley.

How Does Serving Work?

Unlike tennis, players cannot use an upward motion on their serve.

Pickleball requires players to utilize an underhand serve and make contact with the ball near waist level.

Play starts once the ball reaches the subsequent box. 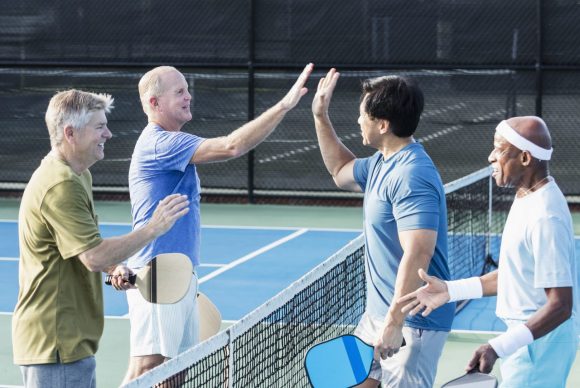 Another difference from tennis is that there aren’t double faults. A player can only serve once before turning the ball over to the next server.

In doubles, both players on a team have the chance to serve when the ball is on their serve.

The only time this doesn’t apply is on the opening serve of the match.

Players continue to serve until they or their team don’t earn a point.

How Does Scoring Work?

Players or their team only earn points on their serve.

Games are normally played to 11 points.

What is ‘The Kitchen?’

Players can only enter ‘The Kitchen’ when the ball bounces once.

Players are able to smash the ball anywhere else on the court other than in ‘The Kitchen.’

However, players cannot have their momentum carry them into ‘The Kitchen’ even after the ball has left their paddle.