NBA free agency is without question the craziest free agency of all major sports leagues. What is normally a league of basketball professionals becomes the wild, wild west of player movement, sign-and-trades, and tampering. Nearly a full month into this summer’s free agency, we take a look the 10 best available NBA free agents. 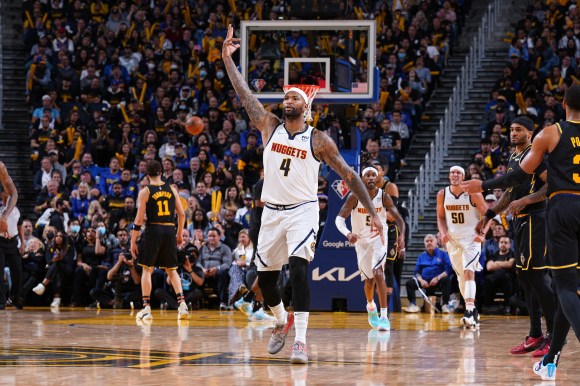 Boogie Cousins was on the trajectory to superstardom before injuries sidelined him in 2017. Cousins has bounced around from 5 different franchises since his initial injury with the New Orleans Pelicans. He still offers a lot in year 12, knocking down over 30% of his attempts from beyond the arc and pulling in nearly 6 rebounds per game. There is definitely a few teams that could use depth at the center position which Cousins could fill. There has been no news of teams with strong interest to sign Cousins yet, so it may be late into free agency once he is finally signed. 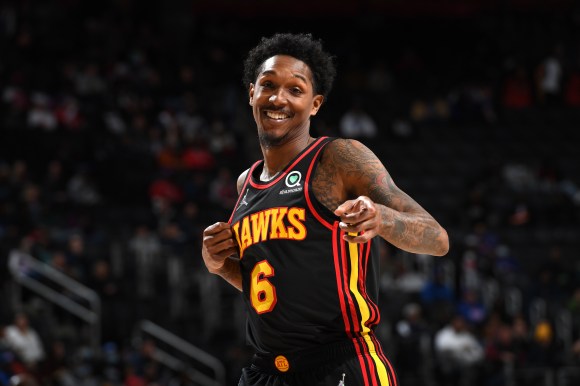 The three-time Sixth Man of the Year, Lou Williams, remains unsigned after a month of free agency. Williams has made a living off his ability to score off the bench and has distanced himself as one of the greatest 6th men of all-time. He has seen a drop off in production as the Atlanta Hawks have significantly reshaped their roster and Trae Young has been given a bigger role at the guard position. Williams doesn’t plan to retire and will explore free agency this summer. 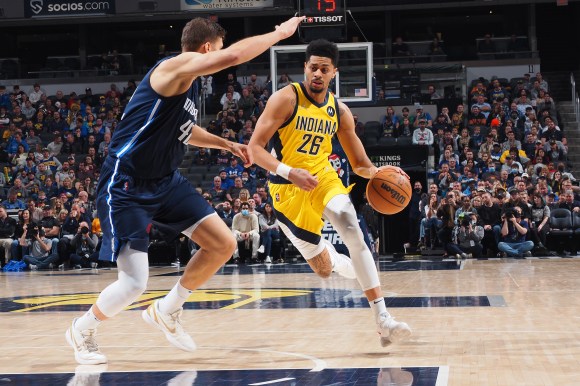 Jeremy Lamb was on the rise with the Charlotte Hornets, posting a career high season average of 15.3 points. After signing with the Pacers, Lamb saw his production slowly drop off. He just finished the last year of his contract with the Kings and has entered unrestricted free agency. Lamb has proven he can be a viable option in the NBA over his 10 year career. You can never have too much depth at the wing position, so expect Lamb to be signed in the near future. 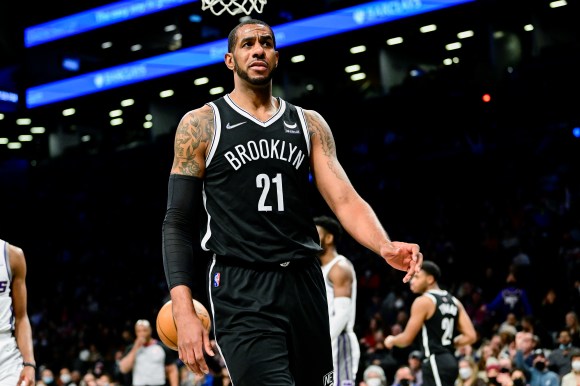 Even though LaMarcus Aldridge is 37 years old, he remains one of the most intriguing free agents on this list. Aldridge announced an early retirement in 2021 due to an irregular heartbeat. He was able to recover and be cleared to play, and was a great addition to the Brooklyn Nets last season.

Aldridge not only offers veteran experience on the court, he is an integral part of any locker room. Don’t be surprised to see LA on a championship contending team next season. 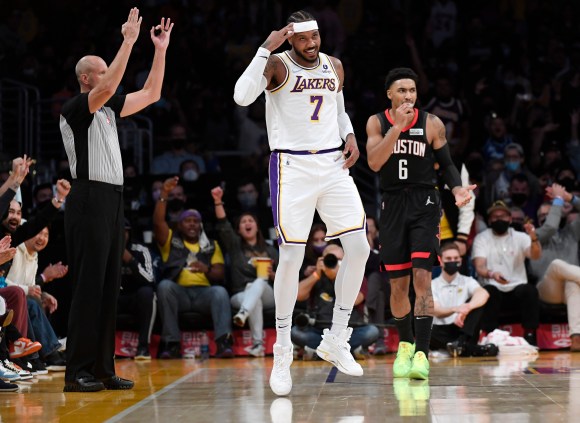 19-year NBA veteran Carmelo Anthony has built out quite the resume during his time in the league. He currently sits 9th all-time in points scored, and if he can score 307 points next season will pass Shaquille O’Neal for 8th. Melo has carved out a role as a capable scorer coming off of the bench, but his time on contending teams may be over.

Anthony could fit great in a mentor role on a young up-and-coming team, but he may hold out and try to sign with a team in the best position to win. 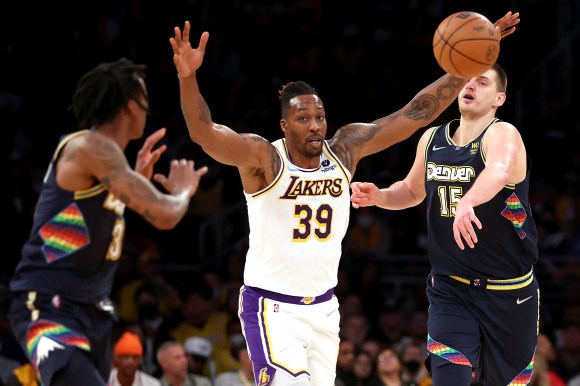 Dwight Howard’s future in the NBA was looking rather murky just a few years ago. After bouncing between six different teams in a nine-year span and only playing nine games in 2018-19, there weren’t many teams enamored with signing Howard. He was able to change that narrative with a great campaign off the bench in 2019-2020 with the Lakers. He even won a championship.

Howard brings a solid interior defender and championship experience to any team he signs with, so expect him to get signed in the near future. 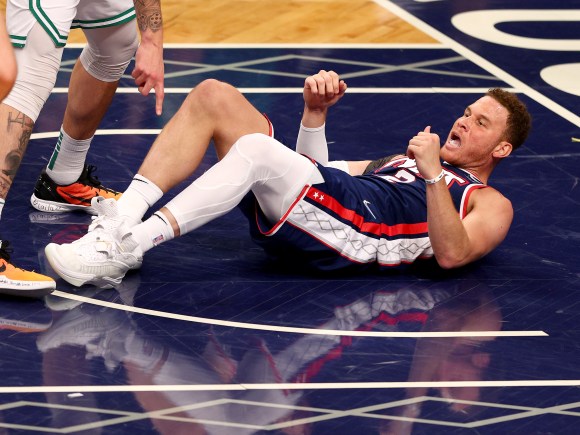 The ‘Lob City‘ Clippers were looking poised to be the next NBA dynasty in 2013 with budding superstar Blake Griffin. Friction with teammates and injuries would sour those expectations, and the Clippers would eventually blow the team up.

After reclaiming his spot as an all-star in 2019, Griffin has found a comfortable role coming off the bench. There is still some stuff left in the tank for Blake Griffin and I hope to see him on a contender next season. 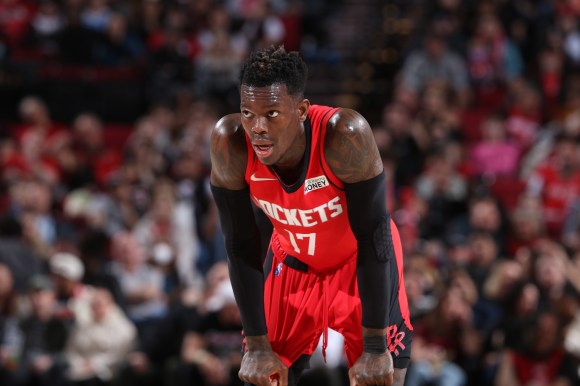 Dennis Schroder mystified the world when he passed on a $84 million contract with the Lakers to sign a $6 million deal with the Celtics. Schroder bet on himself, which unfortunately hasn’t panned out to this point.

He remains one of the best scorers on this list, however. The veteran guard rounded out last season with the Houston Rockets. Let’s see if he tries and find a spot on a contending team. 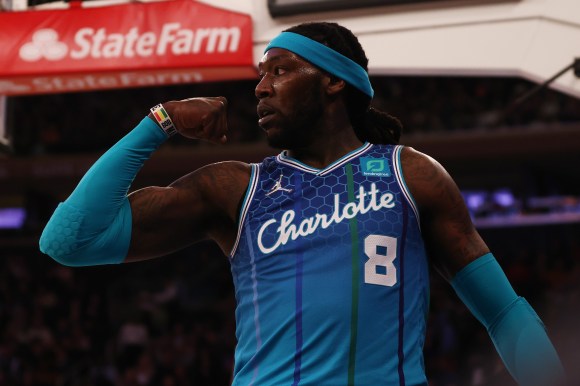 Montrezl Harrell will have to larger issues to work out this summer than his contract. However, he still remains one of the more touted free agents left this summer. The former 6th Man of the Year has one of the best motors in the NBA and can still be a spark for any team in the league. Harrell could be the missing piece needed to take a franchise to the next level. 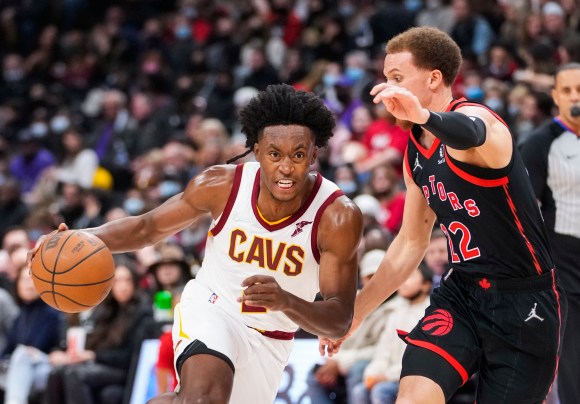 Colin Sexton was on a superstar trajectory after averaging nearly 25 points in 2021 for the Cav’s. Cleveland went in a different direction this year, however, giving Darius Garland the green light to run the offense.

Sexton still remains an extremely interesting free agent, as he’s only 23-years-old and has a career points average of 20. Rebuilding teams could find a gem in Sexton if he can improve on the defense end.