Shaq Griffin is a man of many titles. NFL Player, philanthropist, role model, and now “The Godfather.” Yes, “The Godfather.” This past week, Margaritaville at Sea, the all-new floating island vacation brand, announced Shaquem aka Shaq as the godfather of its flagship vessel, Margaritaville at Sea Paradise. The NFL Game Changer Award winner participated in a traditional christening ceremony during a VIP inaugural sailing on May 12th before the line launched on the 14th with its first passenger sailing from the Port of Palm Beach, Florida to Grand Bahama Island. 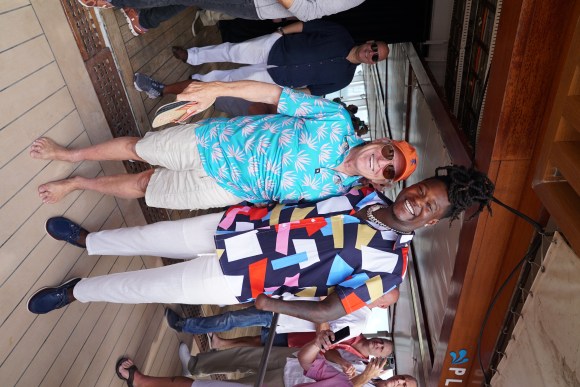 Griffin’s many NFL accomplishments include Defensive Player of the Year honors and an undefeated season his senior year at the University of Central Florida. As we mentioned earlier, Shaq has an extensive background in community service, in particular for the physically challenged community as he was born with Amniotic Band Syndrome which led to him having his left hand amputated when he was four.

Griffin along with his twin brother and former NFL teammate Shaquill also started the St. Petersburg Nitro Track Club, a 501 (c)(3) entity with which they are both still intimately involved to this day.

Margaritaville at Sea will be making a donation to the organization as part of the brand’s relationship with Griffin, and in the meantime, the NFL star enters the 2022 season as a free agent. We caught up with Griffin this past week in an interview that you can check out below. 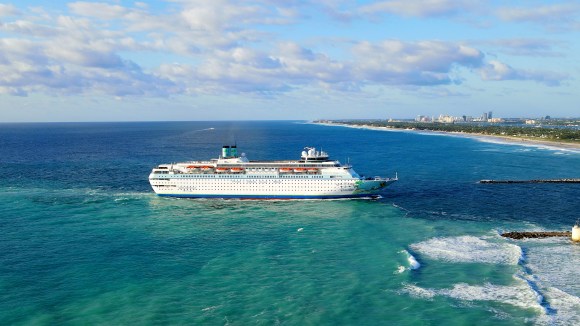 ONE37pm: What’s up Shaq! Congratulations on this latest accomplishment. You’re “The Godfather” like the movie. Like Marlon Brando. How does that feel?

Griffin: It’s exciting! It was definitely unexpected to receive an invite to Margaritaville. My management asked me if I wanted to do it, and I was like call them back and say yes right now!

ONE37pm: When did you arrive? Have you had a chance to check everything out yet?

Griffin: I got here at 10 am. I haven’t had a chance to check out everything yet, but I’m really looking forward to the performance tonight. That’s going to be legendary!

ONE37pm: What does it mean to you specifically to be named “The Godfather” of this event?

Griffin: It’s an honor to be a representative of Margaritaville, especially as a Florida native. To be that face, I am definitely not going to let them down!

Griffin: Yes! The charity is St. Petersburg Nitro Track Club which I started with my brother. We are building a foundation that teaches financial literacy, positivity, learning how to adapt to different environments, and more!

ONE37pm: What are you most looking forward to in your role as “The Godfather?”

Griffin: Of course, I’m excited about the show because the Margaritaville experience is already unreal. I’m relatively new to being on the water so love is definitely in the air. Trust me, I’m not sleeping!