The ’90s were a golden age for professional wrestling and while much of the talent spanned generations, this list puts together some of the best from the millennial era.

Many of the fighters would jump between different leagues such as WWE, WCW, and ECW before their bodies needed a break, or they moved on to another career. However, with each decade, some wrestlers were able to maintain their popularity while others faded into history.

There were also those that had been in the business for a long time and ground through the changes that came with industry to finally make their mark. After the time where “saying your prayers and taking your vitamins” like Hulk Hogan often said as one of the hero wrestlers from the previous decade, bringing some anti-establishment attitude was a welcome gimmick in the 90s.

With the ’90s being the bulk of The Attitude Era and the “Monday Night Wars” between WCW and the WWE, here are 25 wrestlers that stood out. 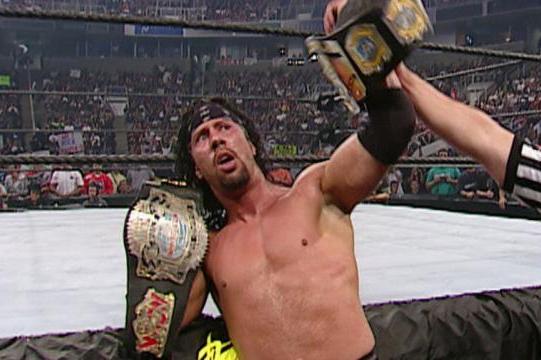 X-Pac, Syxx, and the 1-2-3 Kid were all aliases of Sean Waltman during his professional wrestling career. Waltman had matches with others on this list like Jericho, Bret Hart, and Benoit. He was also part of the biggest groups to come out during the ‘90s including the nWo and D-Generation X. 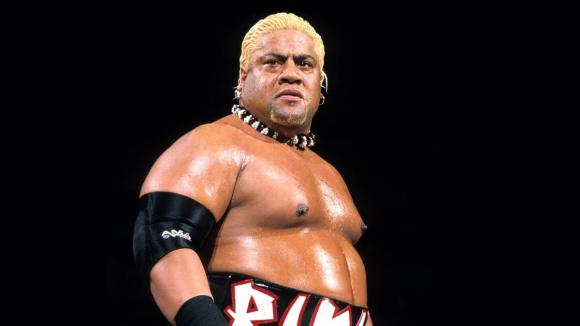 Rikishi cycled through a lot of different “gimmicks” during the ‘90s. He went from using his Samoan background, teaming him with wrestlers of a similar build, and eventually singles matches where he was just being himself. His “stink face” finisher made for a lot of memorable matches that had him suffocate opponents with his buttocks. 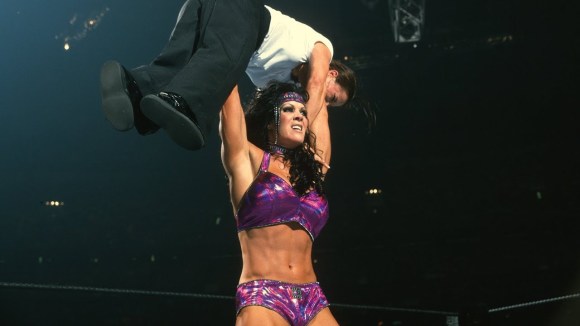 Chyna was a D-Generation X founding member and the only female to hold the WWE intercontinental championship title. Chyna did for women’s pro-wrestling what Ronda Rousey did for women in MMA. Chyna was unique in that she wasn’t just another pretty face that happened to have a few matches, she brought a lot of wrestling talent and intensity to help raise the bar and profile of women in wrestling. She was certainly a pioneer in the sport. 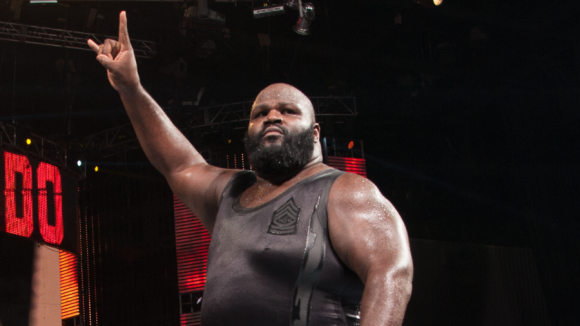 Mark Henry was a lot of things. A competitive powerlifter, weightlifter and all-around strong man. Henry debuted in the WWE during the mid-90s, after he competed in the 1996 Olympics. His strength and size caused the league to market him as the “world’s strongest man” and later, he would become a ladies man, calling himself “sexual chocolate.” 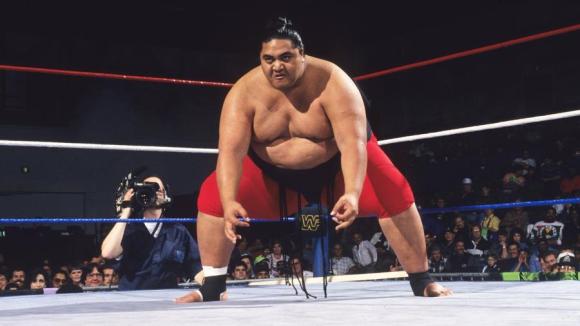 Yokozuna was managed by Mr. Fuji, another popular wrestler and represented the art of sumo wrestling from Japan. Yokozuna made a big impression on wrestling culture in the ’90s. With a billed weight of over 500 pounds, he made for a tough match for any wrestler that was smaller than him, including heavyweights. He won the heavyweight WWE title twice as well as a tag team championship with Owen Hart. 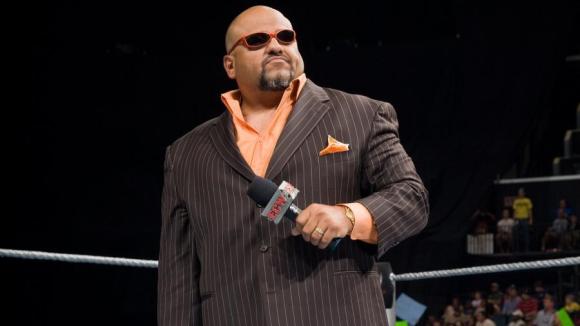 Tazz was another staple wrestler from the ECW. He held multiple titles from ECW, which was known as the underground rival to the WWE. Before Brock Lesnar made “suplex city” a popular phrase, Taz was known as a “the human suplex machine” because of the multiple ways that he could pull off the move in matches. 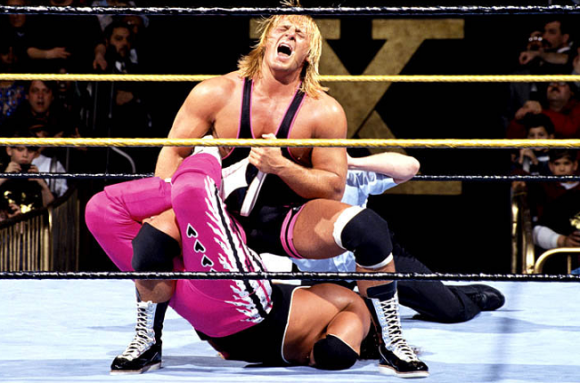 Owen Hart was a legendary WWE wrestler, many wrestling enthusiasts consider him one of the “best in-ring performers.” Hart was a decorated champion and brought home many titles across so many categories. Along with brother Brett, the Hart’s came from a decorated wrestling family. In fact, according to World of Sport, “Hart was trained in his father’s Hart Dungeon and worked for his father’s federation, Stampede Wrestling and in England for Max Crabtree’s Joint Promotions in matches that got broadcast on ITV’s World of Sport.” Hart met his untimely demise doing what he loved, during a televised Pay Per View match in 1999. 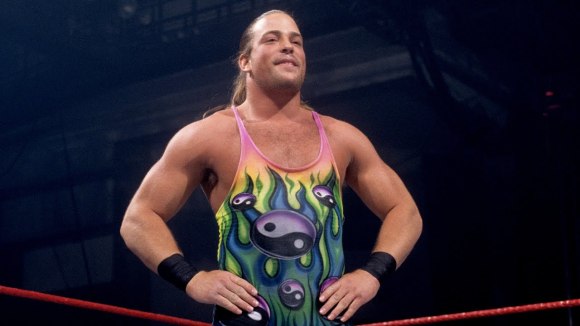 Rob Van Dam aka RVD was another great talent to emerge from Extreme Championship Wrestling (ECW) before it was acquired by the WWE. RVD had gained popularity by headlining a ton of pay-per-view events over three decades between the 1990s and 2010s, including the 1998 edition of November to Remember (ECW flagship event). He had a lot of athletic talent and was able to do a full split like another popular martial artist with a similar last name. 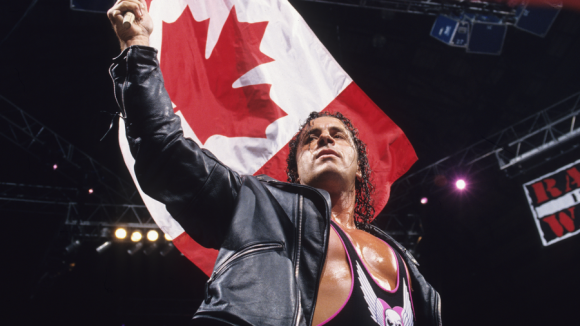 According to his official bio, “Hart emerged from Calgary’s Stampede Wrestling, coming to WWE as a tag team with his brother-in-law, Jim “The Anvil” Neidhart. Together, The Hart Foundation won the World Tag Team Titles twice and became one of the most popular pairings in WWE.” Hart’s story is unique, not only because he was a fantastic wrestler that came from a pedigree wrestling family. But also because he would also present another look at the business from the inside. Wrestling With Shadows (1998) was Hart’s way of giving fans an inside look at how dirty the business can be. 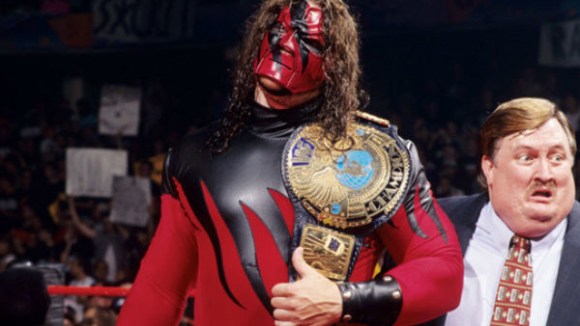 Kane was originally known as the scarred, half brother of The Undertaker. But after some time he was able to grow into his own. Kane came into the attitude era feuding with The Undertaker, which would later lead to them teaming up. According to his official bio, “At 7 feet tall and weighing in at more than 300 pounds, Kane is a monstrous abomination that seems to have been extracted directly from your childhood nightmares.” 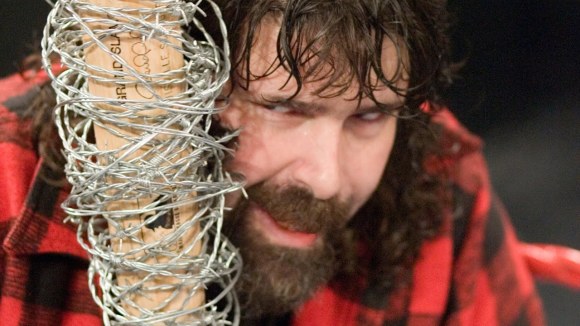 Mankind, Cactus Jack, Dude Love, no matter what you call him, Foley is one of the most popular wrestlers from the ’90s. Foley is probably best known for taking a lot of damage and laughing in the face of pain. One of the most in-depth looks at Foley came at the end of the ’90s when Beyond the Mat (1999) a wrestling documentary took fans behind the curtain of pro-wrestling to show how Foley and other pro wrestlers sacrificed their bodies for their careers. 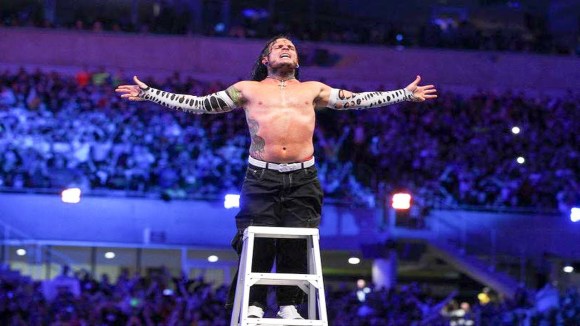 Jeff along with brother Matt Hardy was a part of one of the most entertaining tag teams in WWE history. During the 90s, the duo prioritized high risk and high flying moves, which were their modus operandi. The Swanton bomb and “Twist of Fate” were usually the precursors to being pinned. Tag teams can’t last forever but the characteristics that made these two great certainly carried into Jeff and Matt’s singles competition. 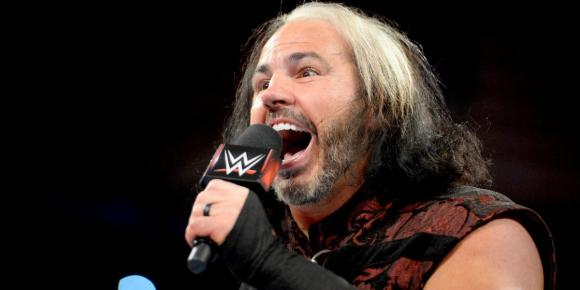 Coincidentally, Matt Hardy follows his brother Jeff on this list. The Hardy Boyz worked as “enhancement talents” for what was known at the time as the WWF from 1994-1997 and were signed to full-time contracts in 1998. They gained notoriety in the tag team division, partly due to their participation in Tables, Ladders and Chairs matches. With the addition of Lita, the team became known as Team Xtreme and continued to rise in popularity. Alongside Jeff, Matt has held twelve world tag team championships between WWE, TNA and ROH. 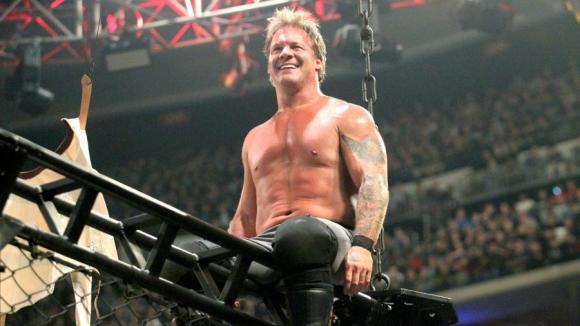 Chris Jericho is arguably one of the most skilled and technical wrestlers of all time, and because of this, he’s still competing today. During the ’90s his top-notch in-ring abilities won him titles in New Japan Pro Wrestling (NJPW), WCW, and WWE; he also brought a lot of charismatic wit with him. Whether he is a face (good guy) or heel (bad guy), wrestling is Jericho.

In 2001, he became the first Undisputed WWF Champion, and thus the final holder of the WCW World Heavyweight Championship (then referred to as the World Championship), having won and unified the WWF and World titles by defeating Stone Cold Steve Austin and The Rock on the same night. Jericho headlined multiple pay-per-view (PPV) events during his time with the WWF/WWE, including WrestleMania X8 and the inaugural TLC and Elimination Chamber shows. 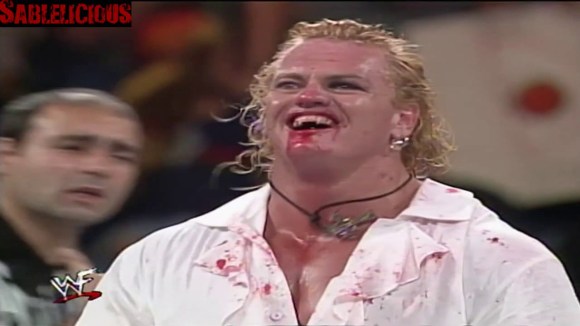 If anything, Gangrel deserves credit for helping make the aforementioned Edge and Christian duo. Of the three Brood members, Gangrel probably represented more of a vampire than he did the goth themed trio. Either way, were it not for Gangrel feuding with Edge, the tag team of Edge and Christian would not have happened. 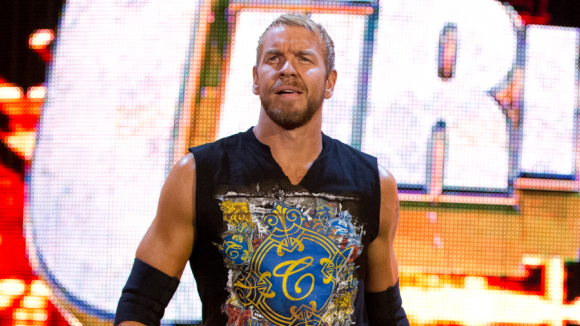 According to his WWE bio, “Christian proved his worth in WWE from day one. In his first official bout in 1998 as a member of The Brood, the Toronto native set the bar rather high for himself by winning the Light Heavyweight Championship from Taka Michinoku. And he raised it every year since.” Christian’s knack for wowing the WWE Universe by executing innovative and high-impact maneuvers cemented his rep as a top-tier Superstar and led to some pretty epic victories alongside lifelong friend Edge during the Attitude Era.

Christian, one of Edge’s stablemates in The Brood, was also best known as Edge’s tag team partner. The two worked well as a team, winning the tag title multiple times and Christian on his own would win the light heavyweight championship. He and Edge would also be one of the first TLC match competitors in the WWE. 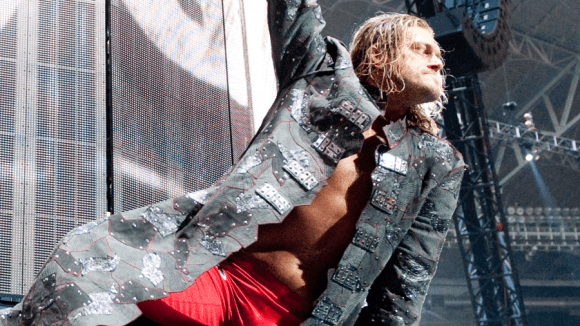 Despite being one of three members of The Brood group—which was a goth themed trio of wrestlers including Christian and Gangrel, from the late ‘90s—Edge became the most popular. His personality and skills in the ring captivated fans and built out his own face base. In the late ‘90, a feud with one of his stablemates would eventually lead him to solo competition and an intercontinental title in the WWE. 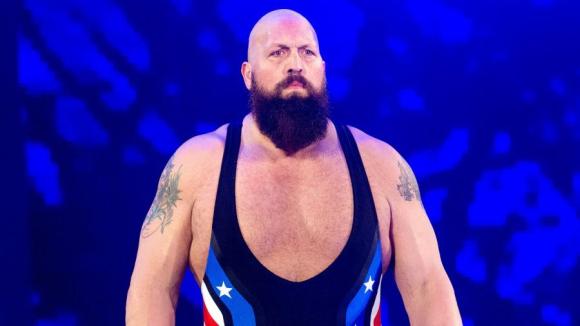 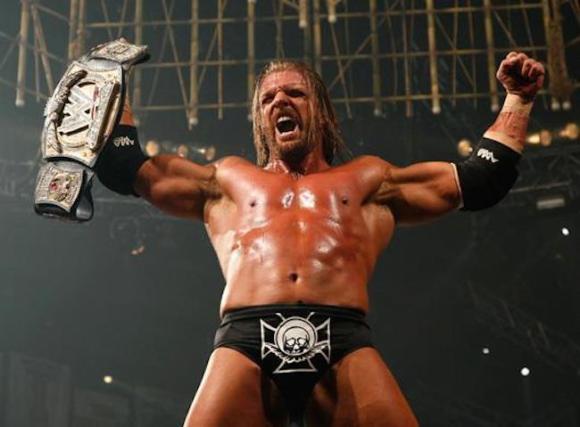 Hunter Hearst Helmsley, best known as “Triple H” made his claim to fame in the Attitude Era’s D-Generation X stable, which he founded with Shawn Michaels, his then-girlfriend, Chyna, and Rick Rude. The sledgehammer wielding powerhouse’s signature move known as the pedigree spelled doom for his opponents and a win for him. While he is currently a WWE executive, his path to power came in the ring. 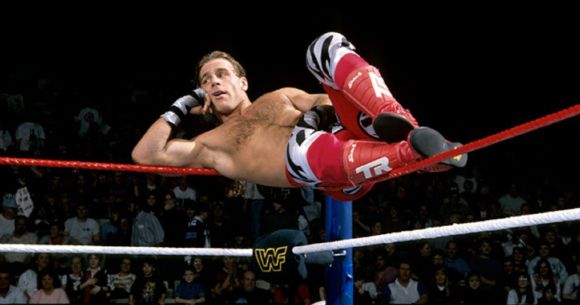 Michaels is a wrestling legend. Also known as “The Heartbreak Kid”, had his best moments in the 90s and many of them at Wrestlemania. While the “Heartbreak” nickname is the one he is mostly known for, his Wrestlemania appearances also earned him the title of “Mr. Wrestlemania” having appeared five-times. One of his most memorable matches was against Ric Flair at Wrestlemania 24. 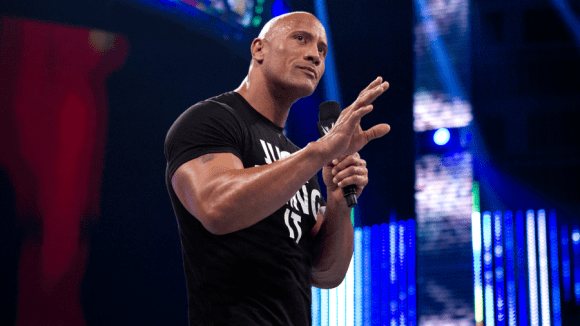 There are a few wrestling families in the business and Dwayne “The Rock” Johnson comes from one of them. Starting out as Rocky Maivia, then becoming known to fans around the world as “The Rock”, Johnson was another key wrestler from the 90s associated with the Attitude Era. He is in the movie business now, but he does return to the ring from time to time because wrestling is in his blood. 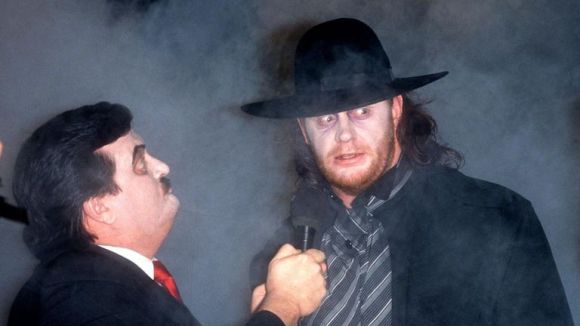 If goth and horror had a representative in professional wrestling, The Undertaker was it. He was always dressed in all black and seemed invincible to everyone. The Undertaker brought a new way of storytelling to the WWE that would help all of professional wrestling evolve and change with the times. His tombstone piledriver, followed by a pin made him one of the most dangerous men in wrestling at the time. 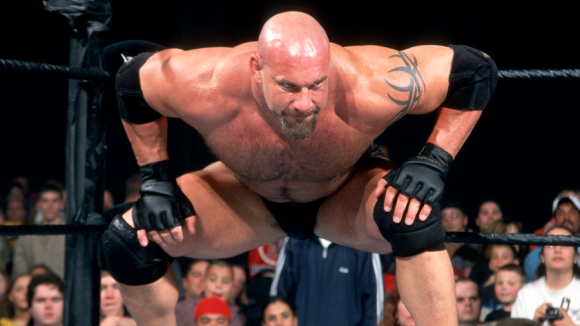 Goldberg was a product of WCW and the biggest name to come from the WCW’s Power Plant. Goldberg was arguably the most intense figure to enter the squared circle in the ‘90s. His matches were fast and he had an undefeated streak for almost an entire year. He continues to wrestle this day with an open challenge that was recently accepted by Roman Reigns for Wrestlemania 36. 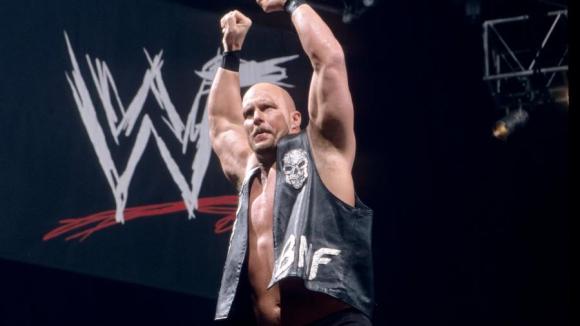 Steve Austin was wrestling for WCW as “Stunning” Steve Austin before coming to the WWE in the mid-90s and becoming the pro-wrestler that made “Austin 3:16” unforgettable with fans today. Austin joined WWE in January 1996 as Ted DiBiase’s “Million Dollar Champion.” Debuting as “The Ringmaster,” he defeated Savio Vega in a forgettable WrestleMania contest. Soon after, “Stone Cold” was born. He is arguably the best wrestler to define the Attitude Era from his time in the WWE with massively unforgettable and popular storylines with rivals Vince McMahon and Triple H. And who could forget his careless consumption of many beers.

The 20 Best Wrestling Podcasts
The 25 Best Wrestlers of The 1980’s, Ranked
AEW vs. WWE: How the 2 Wrestling Giants Stack Up