The main slate of Week 2 NFL games is finally almost here! After two long days without football, fans were treated to the most exciting Bengals vs. Browns game in a decade on Thursday night as Baker Mayfield, Odell Beckham Jr, Nick Chubb and company outlasted the Bengals 35-30.

The pre-game chatter was centered around the possibility of Baker being benched if the Browns somehow lost the game, but Mayfield silenced his critics (for now). Nick Chubb and Kareem Hunt combined for 210 yards on the ground, proving to be quite the 1-2 punch. It will be interesting to see how the Browns come out next week with a few extra days to prepare, coming off such a fantastic offensive performance.

With Sunday fast approaching – let’s take a look at three games that I love from a betting perspective. 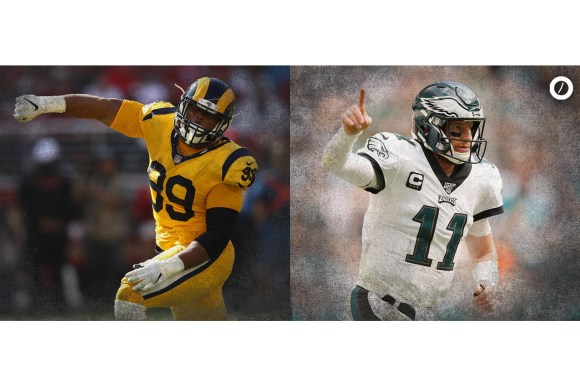 Trap line continued: the Rams are coming off a great win against the Cowboys while the Eagles lost to one of the worst teams in the league, the Washington Football Team.

Sure, this Eagles team that should be motivated after said loss, but still, how are they favored?

As of this writing only 26% of bets are on Philadelphia, and as such, I’m taking the trap, I’m siding with Joe Public.

This is a Rams team that was Super Bowl bound only two years ago, and had a down year last year.

I loved what I saw against a very strong Cowboys team last week, and think their 20th ranked defense (in terms of defensive efficiency) should only increase (towards their 9th ranked defense last year).

Philadelphia on the other hand still has zero WRs worth naming (perhaps Reagor, but he’s a deep threat), they are banged up at RB (Sanders/Scott both questionable, leaving them with Clement), and they allowed 8 week one sacks. Look out for Aaron Donald – he should feast this week.

The Philadelphia defense looked fine, but that again was against the Washington Football team.

I’m buying HIGH on the Rams, siding with Joe Public, and going with Rams +1.5 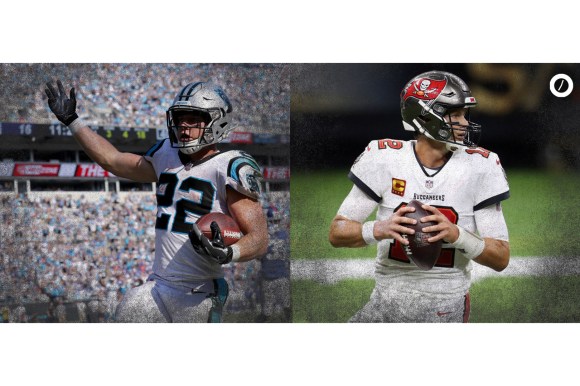 First let’s start with Carolina: they looked pretty good in Week 1 against the Las Vegas Raiders. Teddy Bridgewater made some great throws, Christian McCaffrey once again showed he’s one of the best RB’s in the league and did CMC things, Robby Anderson proved that the Jets, not himself, were the problem (114 yards & 1 TD). All positives!

That brings us to the Bucs defense: 1st in the league against the rush last year, 3rd this year. The Bucs defense looked FIERCE against the high-octane Saints offense, and while they did allow some points, Tom Brady turnovers didn’t help their cause.

And of course, that brings us to Tom Brady – new offense, new coach, and a bit of a rough day. Arians is already riding him to play better. He has a 59% career cover rate. He has the best weapons he’s ever had with Evans, Godwin, Gronk, Howard, Fournette/RJIII, Scotty Miller (the new Edelman), and gets to face a Carolina defense that just gave up 34 points to the Raiders.

If there’s ever a “get-right” spot, it’s this one, and I love the public’s overreaction to TB’s woes/Carolina’s upswing. 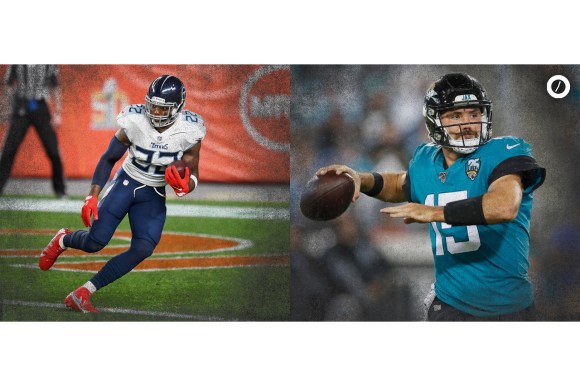 This is also a PRIME overreaction on both fronts. Tennessee is somehow only getting 17% of the bets here, which is comedy.

Here we have a Tennessee team that ‘struggled’ on the road in Denver (altitude, historically a tough place to play) with an atrocious no cover. Of course, kicker Stephen Gostkowski played his worst game since his freshman year of high school, missing 3 field goals and 1 extra point for the Titans to NOT cover -3.

Enter Jacksonville. Of course I love the “mustache madness” of Gardner Minshew III (19/20 for 173 yards & 3 TDs), but this team way overachieved in week 1. As it stands, they’re ranked 4th in offensive efficiency, 3rd in passing offense efficiency. Riiiighhhttt.

The Jags played well (give credit where credit is due), but the Colts started a new QB in a new system AND lost their starting RB after 4 carries (in which he was AVG 6.5 YPC). The Colts love to run the ball, and yet Rivers threw the ball 46 times, as rookie RB Jonathan Taylor couldn’t get it going on the ground (9 carries for 22 yards).

If Marlon Mack averaged 6.5 yards per carry against the Jags, what is Derrick Henry going to do? He’ll run wild, that’s what! Henry ran for 116 yards on 31 carries in Week 1, and I’d expect his workload to be equally as high.

In other news, Corey Davis remembered that he too is a wide receiver who gets paid to catch the ball (and is in a contract year), topping 100 yards for the first time in what feels like forever.

The rest of the Titans receiving core should also be feared (even with AJ Brown ruled out with a knee injury), at least physically. In addition to the aforementioned Corey Davis, Jonnu Smith is fast and strong, and even Julian-Edelman-Lite Adam Humphries will get involved.

Unless lightning strikes twice (Gostkowski misses another 4 kicks), the Titans should cruise through this one.

UPNXT: Best Week 2 NFL Waiver Wire Pickups and Trading Card Moves
Are Sports Card “Breaks” The New Blackjack?
Why Vintage Football Cards Could Blow Up and the 46 to Look Out For